You are in : All News > Trimming the fat: UK research underscores need for fat and sugar reformulation in bakery 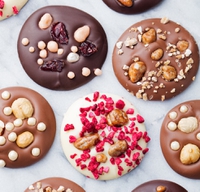 03 Jun 2019 --- Queen Mary University London is calling on Public Health England (PHE) to include cakes and biscuits in its calorie reduction program following a recent UK study examining fat content in retailers’ own-label and branded products. The study shows these products contain “a considerable amount of fat and saturated fat,” and that fat contributes substantially to product energy density.

Obesity and overweight prevalence are high in England with recent statistics from Digital NHS showing that two out of three adults and one out of three children are overweight or obese.

Cake and biscuits are currently included in PHE’s sugar reduction scheme. However, Queen Mary University is urging these widely consumed foods to be included in its calorie reduction program, which is currently being developed.

“Our results however, indicate that cakes and biscuits are high in both sugar and fat, and reducing their fat content could be an effective way of lowering calories. They should therefore be included in both programms, along with other sweet categories such as chocolate confectionery, ice creams, puddings, chocolate spreads, morning goods and milkshakes. We call on Public Health England to include all the above categories in both programs,” she says.

Alessandrini atresses how the research team want consumers to make the best food choices and therefore the take home message for them is to watch out for sugar and fat content in cakes and biscuits because both contribute to calories.

“Lower sugar content does not necessarily mean lower calories. For example, our survey highlighted shortbread biscuits with the lowest sugar content but the highest fat and calorie content. Moreover, half of the fat in biscuits and a third of the fat in cakes is saturated fat. We know that the British population consumes an excessive amount of saturated fat (linked to high LDL cholesterol) and therefore consuming products with lower fat and saturated fat may mean eating fewer calories and improving the cardiovascular health of the population,” she adds.

The study notes that sugar reformulation alone can be an effective strategy for energy density reduction in sugary drinks, but “it should not be the sole instrument used to reduce energy density in solid foods such as cakes and biscuits.”

Naturally, individuals have some responsibility in making healthier food choices, however, the food environment “plays a determinant role in influencing these choices,” notes the study, which has been published in Nutrients.

As many countries are making efforts towards improving the nutritional quality of the food supply chain, the UK government seeks to align with these principles and has committed to engaging with the food industry to reduce calories in food and drinks through product reformulation.

Fat (including saturated fat) are the most energy-dense nutrients, providing on average 9 kcal/g, and fat reformulation (i.e., reduction of product fat content) could result in a considerable reduction in energy density. “To achieve a reduction in energy density, the fat and sugar content of products should be replaced by lower calorie ingredients, such as dietary fiber,” the study notes.

PHEs calories reduction strategy challenges the food industry to achieve a 20 percent reduction of the calories by 2024. However, the plan does not include yet any guideline on how to effectively reduce food energy density.

“In the past, cakes and biscuits were considered occasional treats and consumed infrequently; however, this is now not the case, with nine out of ten people reporting regular consumption,” the study reads.

Sugar in the spotlight
Much of the UK government and industry reformulation has been focused on cutting sugar in recent years. As a result, sugar reformulation has been top-of-mind for many key players in the sugar and natural sweetener space. Sugar reduction in beverages was also accelerated prior to the UK introducing its soft drinks sugar tax in April 2018, which saw the price of sugar-sweetened soft drinks pushed across Britain.

Click to EnlargeReducing fat content has been gaining traction among some manufacturers, but the focus on cutting saturated fat from products has nowhere near received the same levels of attention as sugar.

For instance, in February, Food Drink Ireland (FDI) highlighted significant decreases in sugar and saturated fat in Irish diets between 2005 and 2017. Key takeouts from the report showed that reformulation of products on the market led to significant reductions in sodium (28 percent), saturated fat (10 percent) and sugar (8 percent).

As last year was marked by the introduction of regulatory pressures in the form of levies, 2019 shows how manufacturers and suppliers are expected to respond to reformulation themes by continuing to reduce overall levels of fat, sugar, salt and total calories in a clean and transparent way.

This all comes amid a boom in health and wellness trends and a market that has become extremely competitive. As a result, the notion of “lighter reformulation” has evolved.

With growing demand by consumers for healthy, yet indulgent baked treats, the potential market for lighter formulation alternatives is a significant one.

“Manufacturers often claim that reformulation is risky because they fear that consumers could switch to “the better tasting” products high in sugar and fat and therefore calories,” continues Alessandrini. “Our survey has shown that within each category, there is already a large variation in fat and calorie content; this demonstrates that fat reformulation to reduce calories is entirely possible.”

“We encourage manufacturers to take an active role in producing healthier products which are lower in fat (particularly saturated fat) and sugar and higher in ingredients such as fruit, vegetables and whole grains in their unprocessed form. We recommend implementing reformulation gradually and across the board so that consumers cannot detect any recipe changes,” she concludes.

10 Dec 2019 --- Despite pressure building for the industry to slash sugar rates in their products, consumers still crave sweet flavors. Innovation in the cultures and enzymes space... Read More

10 Dec 2019 --- Taura Natural Ingredients used Fi Europe 2019 as a platform to launch a new range of fruit solutions that deliver the benefits of fiber without compromising on... Read More