You are in : All News > Angel Yeast named Chinese Green Factory for tech and circular advancements 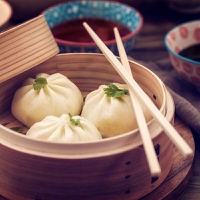 The company earned the title with measures such as ramping up on solar energy and utilizing its wastewater to produce biogas and organic fertilizer. It has also saved energy by using magnetic levitation fans and magnetic chillers.

Solar panels have helped to reduce reliance on fossil fuels.Angel Yeast has implemented 28 technological overhauls for its plants across all regions, which has resulted in 19,700 tons of reduced CO2 emissions, driving down power consumption per ton of yeast by 1.4%, steam by 2.5% and water consumption by 3.1%.

Last year, 673 factories were recognized as green by the governmental agency, says Minghua, putting the title into perspective.

“At present, coal prices are rising sharply,” says Minghua. In response, Angel Yeast has been expanding the total amount of chemical oxygen demand (COD) in the last two years."

This is for the anaerobic treatment of wastewater in the environmental production process to obtain more biogas for steam that can help replace coal consumption.

Minghua shares that all of Angel Yeast’s plants have built or are building anaerobic reactors. “Production facilities in Liuzhou, Yili, Chifeng and Binzhou have transferred a small amount of high-COD wastewater from evaporation concentration treatment to anaerobic treatment to increase biogas production,” he adds.

Returning to the soil
In addition to its biogas production from wastewater, the company is able to yield organic fertilizer from the same effluent.

Organic fertilizer produced from the plant's wastewater can go back into agriculture that feeds yeast production.The company creates fertilizer by drying and spraying fermented wastewater to recover organic matter, nitrogen, phosphorus and potassium.

In 2021, Angel Yeast produced 277,000 tons of yeast organic fertilizer through this method.

Angel Yeast is also promoting the use of biomass fuel in boilers to further reduce the use of fossil fuels. The measures helped the company recycle 16.89 million cubic meters of biogas in 2021, a 21.7% year-on-year increase, cutting 27,000 tons of CO2 and 88,000 tons of coal-produced and outsourced steam.

Magnetic attraction
The use of magnetic technology is also helping to curb costs.

The technology can be up to 30% more efficient than conventional versions, he affirms.

In other moves for increased sustainability, Angel Yeast recently invested in a production plant in Pu’er, which is renowned for its sugar industry. The location is an opportunity to extend the sugar industry production by optimizing molasses while supporting local farmers, Xiong Tao, chairman of Angel Yeast, told The World of Food Ingredients at the time. See the full interview on page 89.

Angel YE properties are as below:

PepsiCo is on track to elevate its supply chain in Europe and collaborate with start-ups to pilot new technologies which will boost environmentally sustainable solutions.

Angel Yeast, a globally-listed yeast and yeast extract manufacturer, and Beijing PhaBuilder Biotechnology have agreed to build a large manufacturing base for... Read More