You are in : All News > Amyris gains GRAS green light on sugarcane-derived zero-calorie ingredient 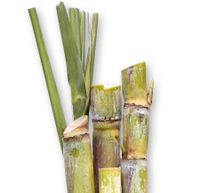 Specific details on the ingredient are not being disclosed until the official launch in December this year, but Beth Bannerman, SVP, Corporate Communications & Engagement for the company revealed to FoodIngredientsFirst that Amyris is partnering with one of the two leading sugarcane players in the world.

“We are the sole owner of the ingredient. We are making it available through several of the leading sweetener solution companies in the world. We’re planning on disclosing between now and December,” notes Bannerman. She confirmed that the new non-GMO, natural ingredient will be suitable for tabletop sweeteners, most beverages and many other applications. The first commercial applications are already being targeted for the fourth quarter of this year.

Amyris positions itself as “an integrated renewable products company that is enabling the world’s leading brands to achieve sustainable growth.” Amyris applies its innovative bioscience solutions to convert plant sugars into hydrocarbon molecules and produce specialty ingredients and consumer products. The company claims to be delivering on its “No Compromise” products and services across a number of markets, including specialty and performance chemicals, flavors and fragrances, cosmetics ingredients, pharmaceuticals, and nutraceuticals. Within the ingredients space, the company is a leading supplier to major flavor houses Givaudan and Firmenich, but it does not disclose the specific ingredients being used.

“Our investors and prospective customers are as excited by this news as we are. We have the ability to deliver the lowest cost, natural sweetener to market,” said John Melo, Amyris President & CEO.

“We’ve known for a while that our plant-based, zero-calorie sweetener tastes really great – our testers have said it tastes just like sugar and that’s because it’s made naturally from sugarcane. Besides tasting great, it has zero calories and no chemicals that are bad for you or for our planet. Now, we can provide a better option for people, including those who may be managing diabetes or other personal, health concerns. Finally, there’s a healthy and great tasting sweetener for everything from coffee, to barbecue sauce to the chocolates we cherish. Working with our partners, we will now be able to bring to consumers all the sweetness they desire but with none of the health dangers or bad aftertaste and, of course, with zero calories.”

One major ingredient player that could benefit from this innovation is DSM. DSM shareholding in Amyris is just under 20 percent. In May 2017, DSM made an initial equity investment in Amyris of US$25 million, translating into a shareholding of ~12 percent. At the same time, the companies entered into a development cooperation focused on products for the global health and nutrition markets (including vitamins and other nutritional ingredients). Amyris’ technology supports DSM’s strategic markets in health, nutrition, and materials as well as a growing consumer shift to (bio-) natural-like products derived from sustainable sources. For Amyris, DSM’s channels and market access and keen understanding in selecting the right products for the animal nutrition, human nutrition, and consumer health markets provide strategic value.

At the time, Steve Hufton of DSM described the rationale to FoodIngredientsFirst as follows: “This long-term equity investment is intended to establish a long-term relationship between DSM and Amyris. It gives DSM preferential access to Amyris’ biotech platforms and competencies, which are complementary with DSM’s own widely recognized capabilities and expertise, thus further strengthening our position, especially in products for the global health and nutrition markets, including vitamins and other nutritional ingredients. We believe that biotech has a crucial role to play in enabling sustainable systems for food, feed, fuel and chemical feedstocks as we transition from the fossil-age to the (bio-)renewable age using sustainable, fermentation-based processes.”

Then in November 2017, the companies enhanced their strategic alliance through the sale of Amyris Brasil Ltda to DSM and the establishment of a long-term manufacturing partnership for Amyris' high-volume products. The consideration for Amyris Brasil Ltda, which owns and operates the Brotas 1 production facility, and intellectual property related to farnesene, a bio-based key intermediate for many applications, is US$58 million. On top of this, there is an additional value share arrangement over a three-year period amounting to US$37.5 million.

Amyris plans to commercially launch its sweetener during the fourth quarter of 2018 and will host an invitation-only tasting as part of the launch for investors, media, and guests before it’s introduced to the rest of the world.

The commercial launch of a new naturally derived zero calorie sweetener comes amid a surge in activity within this space. Other ingredient suppliers looking to benefit from the surge in demand for reformulation options include Tate & Lyle through their allulose product.

In an interview featured in the September issue of The World of Food Ingredients, Veronica Cueva-Beach, Vice President, Global Technology, Food and Beverage Solutions, Tate & Lyle notes how sugar and calorie reduction is a primary focus for many of their customers, but replacing sugar and calories is not always easy as sugar provides functional benefits in addition to taste. “This makes fibers and allulose, a rare sugar, a key solution for formulators – not only can these solutions help replace functional attributes such as bulk and mouthfeel, they can also enable manufacturers to include ‘added fiber’ or ‘reduced calorie’ claims on products,” she states.

DOLCIA PRIMA Allulose is a low-calorie sugar found in wheat and fruits such as figs and raisins. The ingredient has 95 percent fewer calories than sucrose. DOLCIA PRIMA is not metabolized, which makes it nearly calorie-free at 0.2 kcal/g. In sensory testing at Tate & Lyle, DOLCIA PRIMA also delivered a similar organoleptic profile as sugar with a clean, sweet taste.

“In formulations, allulose works well in rolls, cakes, pies, pastries, cookies and frostings. Functionally, allulose behaves like other sugars. It browns in the oven, depresses the freezing point in frozen products and adds bulk and texture. In comparison with sucrose, allulose even exhibits greater solubility in aqueous solutions over a wide range of temperatures and a lower tendency to crystallize in high-solid systems. The low-calorie sugar also exhibits synergy with other sweeteners. This allows bakers to build a better sweetening system of multiple sweeteners,” she adds.

At the same time, recent R&D breakthroughs have led to a new generation of stevia extracts where the metallic aftertaste of the high-intensity sweetener has been minimized. Commercial progress has been reported from various suppliers, including Cargill and Sweet Green Fields, who will be discussing some of their work in an upcoming webinar.

In July, we reported that UK-based Magellan Life Sciences is scaling up their production of brazzein, through its patent-pending fermentation process. The company believes it will be the first to market the natural sweetener on a major scale. Using an FDA-approved microorganism strain and food-grade chemicals, Magellan Life Sciences has developed a unique process that promises commercial quantities of brazzein that are “identical to nature.”

Perhaps most interestingly, at the end of July, it emerged that European sugar producer, Südzucker, and DouxMatok had partnered on the commercialization of DouxMatok’s “breakthrough” sugar reduction solution across Europe to support the food industry’s efforts to reduce sugar content. According to the company, DouxMatok sugar, which is compliant with European and US regulations, can reduce up to 40 percent of the sugar content in various food products while maintaining the same sugar sensory profile.

Amid an environment where calls for reduced sugar formulations are intensifying, the ingredients sector is stepping up to the plate with a wave of innovation.

Amyris has signed an agreement with Ingredion for the exclusive licensing of Amyris’ zero-calorie, nature-based, fermented Reb M sweetener. The transaction... Read More

DSM will acquire the flavor and fragrance (F&F) bio-based intermediates business of Amyris for an upfront consideration of US$150 million. The deal will add... Read More