You are in : All News > Alternative dairy appetites drive oat growth as Raisio and Oatly ramp up production and NPD 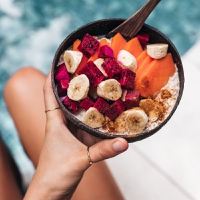 17 Aug 2021 --- On the back of rising demand for dairy alternatives, key players in the oat space are scaling production to keep pace with the forecasted growth. Among notable developments, Finnish ingredients supplier Raisio is strengthening its value-added oat products. Simultaneously, Swedish plant-based milk heavyweight Oatly is making moves to increase its oat base capacity in the US while reporting a 53 percent revenue surge.

As highlighted by Innova Market Insights, many companies this year are emphasizing how their oat-infused products surpass basic nutrition, from releasing gut-loving bacteria to helping remove greenhouse gases.

One health claim that is increasingly being tracked on food and beverage launches with oat ingredients in North America is “prebiotic,” according to Innova Market Insights data (+47 percent CAGR, 2018 to 2020). 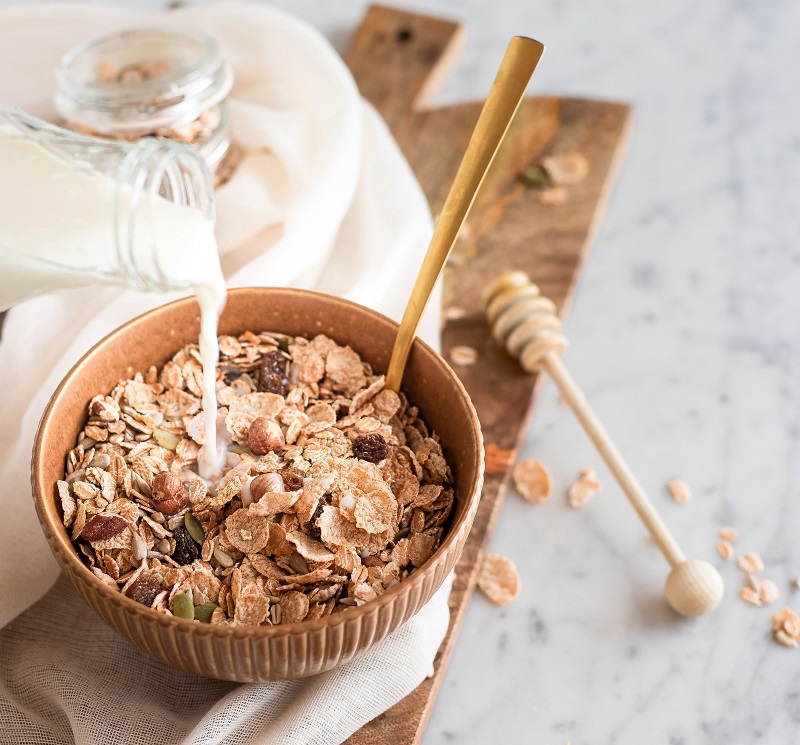 “As an example of our strategy implementation, we are significantly strengthening our plant-based product offering by launching the oat-based Benecol product family as well as oat drinks, cooking products and healthy snacks under the iconic Elovena [oatmeal and oat flour] brand,” Pekka Kuusniemi, Raisio CEO, tells FoodIngredientsFirst.

“The new products will be available to consumers between August to September,” she continues. “The raw material for all products to be launched is Finnish gluten-free oat, and they will be produced in the production facility commissioned in June 2021 in the Raisio industrial area, which produces liquid and spoonable plant-based consumer products.”

“During the last three years, we have invested nearly €65 million (US$76.5 million) in increasing our production capabilities and expanding our product portfolio.”

In line with these developments, Raisio also plans to narrow its focus on plant stanol ester solutions and plant-based foods.

The company will also soon begin co-determination negotiations according to Finland’s Act on Co-operation within Undertakings on production-related, financial and re-organizing grounds. With the process involving a total of 234 positions, possible effects of the process may lead to the reduction of 20 positions.

Raisio is aiming to complete the process by October. Negotiations concern possible restructuring of functions and duties, based on the adjustment of its workforce.

Oatly ramps up production capacity
Oatly Group made moves to increase its oat base capacity at its Ogden, Utah facility in the US to support an acceleration in consumer demand. Later this year, the company will begin construction to add 75 million liters of finished goods equivalent oat base capacity.

Oatly is ramping up its annual production to an estimated 225 million liters .Oatly expects that its EMEA manufacturing – combined with its two facilities in the Americas and two in Asia – will create more than a 200 percent increase in its production output by the end of 2022 from the end of 2020.

The company will execute this capacity expansion within its stated plan for capital expenditures at the low end of US$350 million to US$400 million this year, shared at the time of its IPO.

“In March of 2021 we opened Oatly’s first-ever end-to-end self-manufacturing production facility in the Americas region and we’re excited that based on an acceleration in consumer demand in the region we are already increasing capacity with construction starting in the second half of this year,” comments Toni Petersson, Oatly’s CEO.

“We continue to generate strong growth in the US and globally with our proven multi-channel expansion strategy in more than 20 markets, across multiple sales channels and segments,” he continues.

Milking oats dry
Since the introduction of Oatly in 1994, smaller brands and major players have rolled out their own iterations of oat milk products.

Earlier this month, the Oatly lost a trademark case against a UK-based family farm that sells “PureOaty” drink, which Swedish oat drink maker claimed was too similar to its own brand.

In 2020, 27 percent of all dairy alternative drinks launched in North America were oat-based, according to Innova Market Insights data. Additionally, the number of launches increased with an annual average growth of +115 percent between 2018 and 2020, indicating the high potential for oat ingredients.

Silk Danone recently launched Oat Smooth And Creamy, a fortified oat beverage high in calcium, which contains vitamins A, B2, D and zinc. The beverage comes in a recyclable packaging and is free from soy, artificial colors and flavors.

In May, the plant-based lactosphere was shaken up by the EU’s proposed Amendment 171, which planned to restrict the packaging options for oat-based milk. Oatly took to Instagram to demonstrate what an inconvenience this could be. In a lighthearted but serious video, company employees were shown struggling to consume their oat drink through balloons, spray bottles, soap dispensers and other unusual formats. 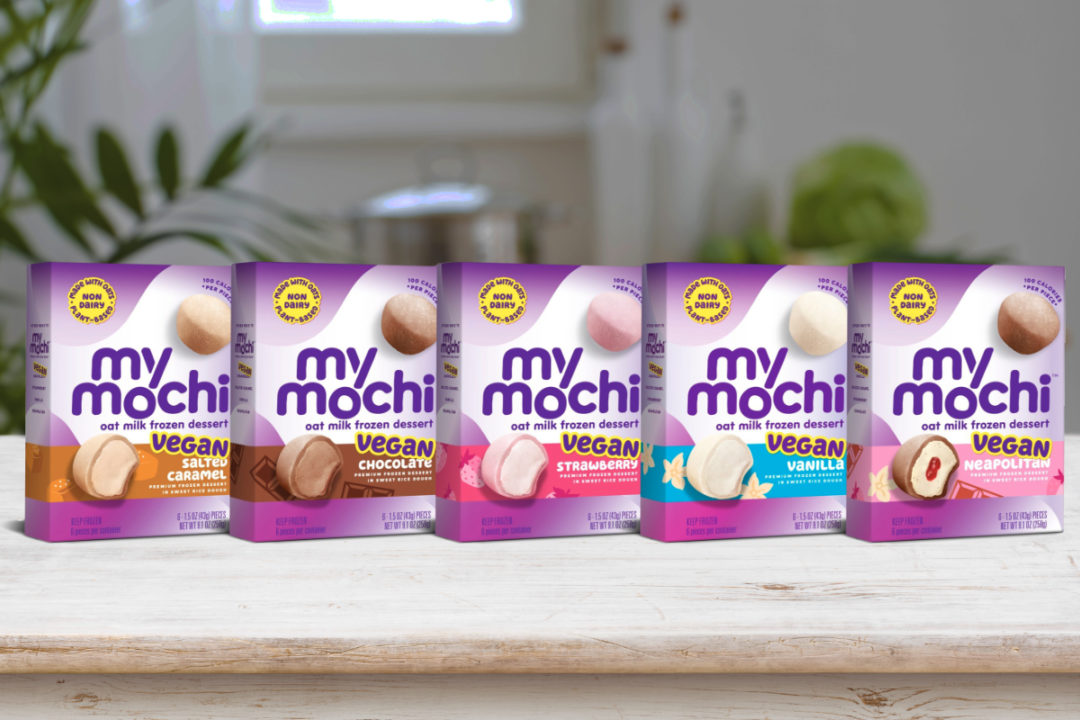 My/Mochi Oat Milk Frozen Desserts. (Credit: My/Mochi)Oat bars and yogurts
Among other notable launches this year, RXBAR released its first Plant Based Protein Bar containing oats as well as dates, nuts, almonds and pea protein. The offering switches out egg whites, which are the protein base of its flagship product. The brand’s director of experience planning, Jenny Lundquist, noted that consumers had requested plant-based foods for a long time.

Both RXBAR’s chocolate chip and peanut butter varieties contain zero grams of added sugar. They also offer 4 g of fiber and 10 g of protein, both representing 14 percent of the daily recommended value.

Hälsa launched its 100 percent Clean Oatmilk Yogurt with plain, blueberry, mango, strawberry, and vanilla flavors. It’s made with organic ingredients free of pesticides and enzymes and doesn’t have an artificial or processed ingredient.

The yogurt has 1 g of fiber, 3 g of protein, 2 percent calcium, 4 percent iron and 2 percent potassium. On Hälsa’s website, it states that it uses wholegrain oats that help neutralize the stomach. Wholegrain oats are a source of prebiotic fiber that benefit the digestive system by stimulating the growth of gut-loving bacteria.

My/Mochi Ice Cream launched a new line of My/Mochi Oat Milk Frozen Desserts, which include Neapolitan, salted caramel, strawberry, chocolate and vanilla flavors. When asked why oat milk was included, My/Mochi’s CEO Craig Berger highlighted that the ingredient has topped even soy in becoming the most popular plant-based dairy option.