You are in : All News > AgFunder reports 250% five-year growth in agri-food tech investments 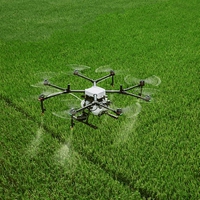 26 Feb 2020 --- The agri-food tech space has heated up significantly over the last year, raking in 250 percent in funding growth over the last five years. This is among the highlights presented by the 2019 Agri-FoodTech Investing Report, issued by Silicon Valley venture capital platform AgFunder. The report flags a series of “ups and downs” for the sector in 2019, with funding levels dropping slightly from 2018, albeit with “various bright spots.” Meanwhile, the firm highlights that European tech funding nearly doubled last year, as Latin America emerged with “breakout” success.

Last year, start-ups within this sector raised US$19.8 billion in venture funding across 1,858 deals, according to the report. Following on from a “record-breaking” 2018, this represents a 4.8 percent decline year-over-year (YoY) in US dollar terms and 15 percent by number of deals.

Last year, agri-food tech start-ups raised US$19.8 billion in venture funding across 1,858 deals.Regardless, AgFunder notes there were some clear positives for the space in 2019, with a 1.3 percent increase in funding to start-ups operating upstream – on farms and along the supply chain – as they raised US$7.6 billion, posting the “highest levels of record during any H2 on record.”

A “bright spot” came further up the value chain as investment in upstream start-ups continued to grow, closing US$7.6 billion in investment, a 1.3 percent year-over-year climb. These gains were driven by a doubling in investment in innovative food start-ups – mostly alternative meat and dairy groups – to US$1 billion and a 38 percent increase year-over-year increase for Novel Farming Systems to US$745 million with three vertical and insect farming deals worth US$100 million or more each.

European funding nearly doubled, led by the UK, the region continued to strengthen its venture capital industry across sectors resulting in 94 percent more funding for agri-food tech than in 2018. Latin America had a breakout year, raising US$1.4 billion in agri-foodtech, which the report highlights as more than what the region’s whole venture capital industry raised in 2017.

Upstream start-ups posted the “strongest H2 on record,” with investment in start-ups operating closer to the farmer on the supply chain increasing by 1.3 percent YoY, accelerating in the second half with the highest numbers for H2 on record. AgFunder pegs alternative proteins and vertical farming as driving much of this trend.

The meal delivery space was flagged as “oversaturated,” as investment in consumer food delivery declined substantially (56 percent YoY). More mature players were noted as extending their dominance in this marketplace. Meanwhile, investment grew in white-label technologies for retailers to create their own delivery options.

An “increasingly mainstream investor base” was attributed to cross-border investment that is diversifying to include more “generalist, big global players and corporations.” Examples of notable players are Amazon, Microsoft and Temasek.

California is pegged by AgFunder as dominating the US ecosystem: California start-ups raised more than all other US states combined as Silicon Valley remains the hot spot for an otherwise globally-diverse market.

Diverse and well-connected agri-food systems are better equipped to absorb sudden shocks like COVID-19 and secure food supply. This is according to the State of Food and... Read More

Ocean Spray Cranberries will leverage Brightseed’s artificial intelligence (AI) Forager technology to profile the compounds in cranberries and their impact on... Read More