01 Nov 2019 --- This week, in a bid to tackle food waste, Costa Coffee expanded its partnership with Too Good To Go, the world’s largest food waste fighting app, from nine to 100 stores in the UK. Tyson Fresh Meats broke ground at the site of future protein innovations plant. In business news, Saputo completed the acquisition of the specialty cheese business of Lion Dairy & Drinks Pty and 2 Sisters Food completed the sale of its Matthew Walker Christmas puddings business to Valeo Foods.

Tyson Fresh Meats has broken ground on the site of the company’s new beef and pork facility. The US$300 million project is expected to initially create more than 800 local jobs and expand to 1,200 positions within three years after opening. It is anticipated the project will have more than a US$1 billion economic impact in the first ten years due to the construction of the facility, salaries, taxable sales and other investments in the local economy.

In brief: Acquisitions
Saputo has completed the acquisition of specialty cheese business of Lion Dairy & Drinks Pty for a purchase price of A$280 million (approximately US$192 million), on a cash-free and debt-free basis. The Specialty Cheese Business is conducted at two manufacturing facilities located in Burnie and King Island, Tasmania (Australia) and employs approximately 400 people. The Specialty Cheese Business produces, markets and distributes a variety of specialty cheeses under a broad portfolio of Australian brands, including South Cape, Tasmanian Heritage, Mersey Valley and King Island Dairy.

2 Sisters Food Group has confirmed the completion of the sale of its Matthew Walker Christmas puddings business to Valeo Foods Group. Following the announcement of their entry into a binding contract with Valeo on October 10, the deal was completed on October 26. The business, based at Heanor, Derbyshire (UK), is credited as the world’s oldest Christmas pudding maker with a strong market position in its sector. Ranjit Singh, President of Boparan Holdings, says, “It is another significant deal, with good enterprise value, underlining our commitment to transforming our business. It strengthens our balance sheet even further and shows we are following through with our promises by focusing on our key strengths.”

In brief: New product launches
Comax Flavors has released the Sweet On Caramel Collection, which aims to satisfy consumers’ sugar cravings. Often associated with childhood, caramel is a soft, dense, chewy candy, or a rich and creamy topping that is comforting and nostalgic. It is a popular ingredient used in a variety of applications such as confectionery products, ice cream and desserts. Comax has created the Sweet On Caramel Collection in six flavors: Caramel (Traditional), Honey Caramel, Espresso Caramel, Nut Caramel, Rum Caramel and Savory Caramel. These flavors are available in natural, liquid, non-GMO and water-soluble formulas. 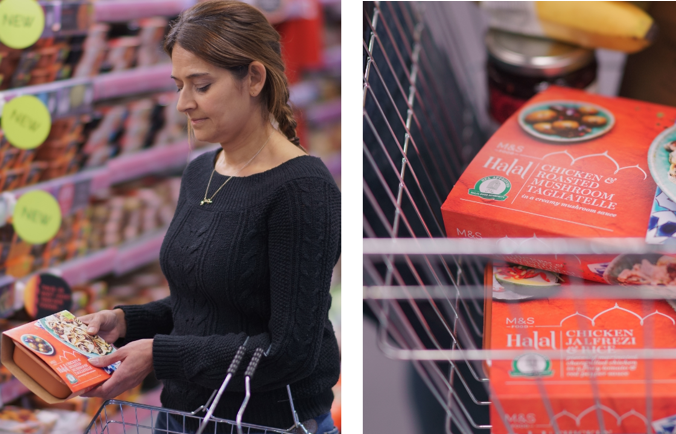 In brief: Miscellaneous
Bell Flavors & Fragrances has appointed Doreen Karas, PLM Implementation and Applications Manager, at its headquarters in Northbrook, Illinois (US). Karas joins Bell with significant experience supporting and implementing Product Vision from both a power user and IT support perspective, notes the flavor house. Before Bell, Karas was an IT Business Analyst at Prinova, where she was responsible for managing Product Vision and other software projects which involved her in all stages of the global implementation cycle from planning to go-live. At Prinova, Karas also held numerous regulatory positions, including Manager of Regulatory and Strategic Systems, where she acted as the lead administrator for Product Vision and other quality systems.

In the same week, Bell Flavors & Fragrances hosted RCA Chicagoland members at its headquarters in Northbrook, Illinois, for a Foraged Foods Event on October 23. RCA members learned about native and wild ingredients that can be found in nature all around us. Dave Odd, Founder of Odd Produce, presented and taught the group about wild ingredients that can be found in the Chicagoland area. He led attendees on a small foraging expedition at the Potawatomi Forest Preserve, where they discovered the various flora and plants that can be used in culinary development.

Adults and children alike are confused over which foods count toward reaching their 5-A-DAY, a survey carried out by the British Nutrition Foundation has revealed.When... Read More