You are in : All News > VTT Develops Insect Based Ingredients for Meatball and Falafel Applications

VTT Develops Insect Based Ingredients for Meatball and Falafel Applications 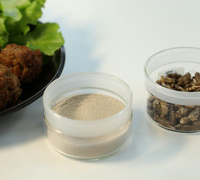 19 Jan 2017 --- VTT Technical Research Centre of Finland has developed food ingredients from mealworms and crickets which, due to their promising structure and flavour, have the potential to be used in the manufacture of foods such as meatballs and falafel. EU legislation will change in the coming years, and the farming of insects and their processing for consumption will become a business activity also in Europe.

Mealworms and crickets are the most widely farmed insects in Western countries. A dry fractionation method developed by VTT can be used to easily produce insect fractions with varying flavors and degrees of coarseness: fine fractions contain small amounts of the insect chitin shell which tends to feel rough on the tongue and have a strong meat-like taste, while coarse fractions are milder in flavor and contain more chitin. 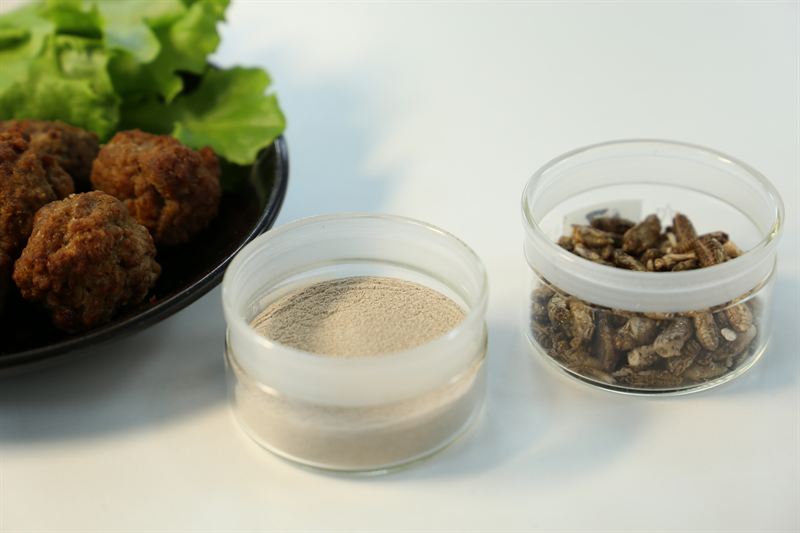 Click to EnlargeFat was removed from the insects prior to fractionation, due to which the insect fractions contained up to 65–80% crude protein.

Many consumers and the food industry are already interested in insects as a dietary source of protein. However, their industrial exploitation will require identifying the characteristics of insect raw materials and developing them into a form that is suitable for use in the food industry.

Insects have not yet been granted a novel food authorisation within the EU area, but it is expected that one will be granted in 2018. Insect products are already on sale in some European countries. Despite the lack of a novel food authorisation, insects have become a major new food trend in Europe, although eating them whole seems unpleasant to many people. The widespread introduction of insects in western countries will require the development of their processing into ready-to-use raw materials for foodstuffs.

In terms of consumer acceptance for these types of ingredients, Business Development Manager Terhi Hakala told FoodIngredientsFirst: “Our understanding is that consumers will be more willing to accept insect as part of their diet if the insects are incorporated into food they already are used to eating than as whole insects. Therefore, to enable wide markets for insect protein, there is a need for stable food ingredients from insects.”

07 May 2020 --- A new project designed to strengthen the development of insect-based food products promises to propel investment in this burgeoning yet dynamic space. A consortium... Read More

23 Jul 2019 --- The International Platform of Insects for Food and Feed (IPIFF) ⁠– an umbrella organization for the European insect production sector ⁠– has published a... Read More

The buzz around insect protein: Protix inaugurates €45 million facility in the Netherlands