You are in : All News > Sustainable protein: Funding for duckweed start-up to boost “awe-inspiring” aquatic crop 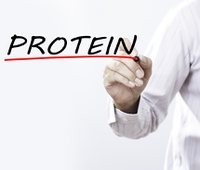 22 Oct 2018 --- Plantible Foods, the creators of a sustainable, allergen-free protein derived from lemna (also known as duckweed), has completed a pre-seed funding round led by Unshackled Ventures, an early-stage fund for immigrant-founded start-ups based in Silicon Valley. With the investment, the amount of which has not been disclosed, Plantible Foods says it will finalize its proprietary extraction technology and work with leading food scientists on the commercialization of its ingredients.

Speaking to FoodIngredientsFirst, Co-Founders of Plantible Foods Tony Martens and Maurits van de Ven explain how the company has been working with the versatile crop for more than two years and are extremely optimistic for the future.

“We have decided to specifically focus on the valuable protein that is inside lemna but are also aware of the versatility of the crop as well as the supporting technologies, which can be applied to other crops and industries. We believe that this is just the start for this humble but awe-inspiring crop and that it has a bright future ahead,” they say.

“The market is shifting towards a more sustainable and healthier diet. With more consumers becoming aware of the impact of animal-based protein sources on our environment, while also understanding the need for increasing the production of food as our population continues to grow, they are becoming more open to sustainable and alternative protein sources.”

Plantible Foods’ protein is white and is touted as having a neutral taste profile while being completely odorless. In addition, the ingredient is allergen-free and holds similar functionalities as egg whites (in terms of foaming, gelation and emulsifying).

Plantible Foods is also months away from opening its first commercial pilot facility.

“The protein most present in Lemna is RuBisCO, the most abundant protein in the world found in all green leaves, known for its neutral color and taste and functional properties like egg white,” the founders continue. “The protein that we extract from Lemna, therefore, behaves just like an egg white and is neutral in color as well as taste.”

“Our ingredient can be used in a wide array of applications. Its organoleptic profile as well as its unique and strong egg white-like functionalities, make it extremely suitable for meat, dairy and egg alternatives, while its amino acid profile and overall protein content make it an interesting ingredient for those who are active in the health and wellness space or better-for-you snacking market.”

Located in Southern California the company was originally founded in the Netherlands.

In low impact, environmentally sensitive aqua farms, Plantible Foods grows organic lemna, an aquatic crop that floats on the surface of water. Protein from lemna is more digestible than pea, soy, or algae and it possesses unique functional properties.

“Plantible Foods is not only a high-protein alternative to traditional sources, but it’s also good for the environment,” adds Manan Mehta, General Partner of Unshackled Ventures.

“It’s incredible what the founding team has been able to do on non-arable land with a fraction of the water requirement as compared to alternative plant-based proteins. We are excited to add another socially and economically conscious investment in our portfolio. We look to help them succeed faster in the US,” Mehta adds.