You are in : All News > Saputo snaps up Murray Goulburn Co-Operative 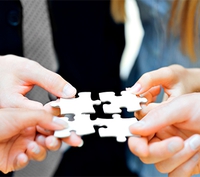 30 Oct 2017 --- Canadian dairy company Saputo Inc has entered into an agreement to acquire the business of Australia-based dairy cooperative Murray Goulburn Co-Operative Co. Limited, much to the dismay of some farmers who are reportedly concerned by the deal. The purchase price for the transaction is CDN$1.29 billion (US$1bn). It was unanimously recommended by the Murray Goulburn Board of Directors recently.

According to some Australian media, farmers were not aware that negotiations were so advanced and are concerned that Saputo is an international firm rather than an Australian cooperative.

The deal is subject to the approval of MG shareholders and customary conditions, including foreign investment approval and clearance by the Australian Competition and Consumer Commission, as well as being subject to an Independent Expert concluding that the transaction is in the best interest of MG shareholders.

The transaction is expected to close in the first half of 2018.

MG produces a full range of high-quality dairy foods, including drinking milk, milk powder, cheese, butter and dairy beverages, as well as a range of ingredient and nutritional products, such as infant formula.

It supplies the retail and foodservice industries globally with its flagship Devondale, Liddells and Murray Goulburn Ingredients brands. Murray Goulburn has approximately 2,300 employees and operates eleven manufacturing facilities across Australia and China.

According to Saputo, the acquisition of Murray Goulburn will add to and complement the activities of Saputo's Dairy Division (Australia) and by acquiring a well-established industry player, the company is reinforcing its commitment to strengthen its presence in the Australian market.

Saputo says it intends to continue to invest in its Australian platform and contribute to the ongoing development of its domestic and international business.

Meanwhile, MG’s Chairman John Spark said that the Board believes the deal represents the best available outcome for suppliers and investors.

“Saputo is one of the top ten dairy processors in the world and active in Australia through its ownership of Warrnambool Cheese & Butter (WCB). This transaction will crystallize real value for MG’s equity, whilst rewarding our loyal suppliers through the milk supply commitments,” he said.

“MG has reached a position where, as an independent company, its debt was simply too high given the significant milk loss. Securing a sustainable future for MG’s loyal suppliers is of paramount importance to the Board. We are pleased with the strong milk commitments secured as part of Saputo’s offer to reward this loyalty.”

“Saputo has demonstrated itself to be a credible and trusted partner for Australian dairy farmers through its investment in WCB. The transaction has the unanimous support of the MG Board.”

13 Mar 2020 --- Several global F&B trade shows have been rescheduled or indefinitely postponed due to health concerns surrounding the COVID-19 pandemic. Many companies are... Read More

12 Mar 2020 --- Dairy is one of the most interesting and innovative food categories today, according to Lu Ann Williams, Director of Innovation at Innova Market Insights. During a... Read More