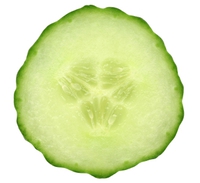 09 Aug 2018 --- The rise in unexplained European cases of salmonella poisoning linked to the use of cucumbers in ready-to-eat foods reminds manufacturers about the need to stay informed on food compliance matters, according to SGS Digicomply (SGS), a regulatory intelligence network. The company provides tailored data to help businesses mitigate against the risk of non-compliance.

The European Food Safety Authority (EFSA) has reported 147 cases of Salmonella enterica poisoning linked to the use of cucumbers in ready-to-eat meals. So far, five countries have been affected – the UK, Denmark, Finland, Germany and Ireland – with the UK being worst hit with 129 cases.

Beginning in 2014, initially, the number of reported cases was low, but these have since escalated with early 2017 and 2018 being identified as peaks. Authorities are predicting that the trend will continue with early 2019 anticipated to be another peak.

The EFSA and European Center for Disease Control (ECDC) used whole genome sequencing (WGS) to link all these cases to a single strain of Salmonella enterica – S. agona – and to the use of cucumbers in ready-to-eat meals. However, despite being able to identify the cucumber’s country of origin, in this case, Spain, they have so far been unable to find a connection between supply chains and no single primary producer growing the affected cucumbers.

The EFSA reports: “Laboratory results for Salmonella in all cucumber samples, taken either at primary production level in Spain or during distribution to/within the UK, were negative.”

The food industry is, therefore, being warned that, without the precise identification of a point of contamination, it can expect more cases of Salmonella enterica poisoning in early 2019, according to SGS Digicomply. Those involved in the food processing and ready-to-eat food sectors are therefore advised to remain alert to changes in food safety regulations and compliance, and ensure their quality assurance management systems are operating effectively, the group claims.

First line of defense: Innovations in food safety and preservation

02 Oct 2019 --- Vigilance in the food sector is a requisite in the prevention of foodborne illnesses along broad supply chains. This year, industry has welcomed the entry of... Read More