You are in : All News > Reb M stevia bioconversion: Challenge to validity of PureCircle’s patent gets denied 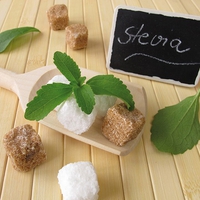 29 Oct 2019 --- Stevia producers SweeGen and PureCircle are scheduled to be in an upcoming litigation, with results to be decided by the US Federal District Court. This follows PureCircle’s filing of a complaint alleging patent infringement by SweeGen in the production of Rebaudioside M (Reb M), a “next-generation” sweetener with a taste profile like sugar. A decision from the Patent Trial and Appeal Board (PTAB) of the US Patent and Trademark Office (USPTO) has since been issued in favor of PureCircle.

“SweeGen is strong in its unassailable position to defend and protect its production of Reb M by its highly titer-effective and cost-effective patent-protected process – Reb M produced via Reb D4,” asserts SweeGen in a statement.

“On this basis, SweeGen has no doubt that the upcoming patent litigation with its competitor PureCircle will vindicate its rights in the Reb M marketplace. SweeGen is the primary producer of Reb M originating from the stevia leaf in that marketplace,” the company contends.

“In its recently published international patent application PCT/US/2017/056457, SweeGen, the exclusive licensee, discloses its Reb M via Reb D4 process and expects the claims to grant,” concludes the statement.

Case background
On September 19, 2018, PureCircle filed the initial complaint versus SweeGen and its affiliate in the US District Court for the Central District of California, complaining that Sweegen’s Bestevia Reb-M is infringing PureCircle's patent. The patent in concern is US patent number 9,243,273 relating to PureCircle’s proprietary process to produce Reb M stevia sweetener via bioconversion.

PureCircle has ramped up its ability to produce Reb M in the quantities and at prices its customers need to sell a variety of zero- and low-calorie products sweetened with a plant-based sweetener.

As stated by PureCircle, SweeGen filed a petition for “inter parties review” before the Patent Trial and Appeal Board (“PTAB”) of the United States Patent and Trademark Office, challenging the validity of PureCircle’s patent. The Federal District Court stayed the court case, pending the review by the PTAB.

On October 24, the PTAB issued a decision in PureCircle’s favor. It decided, after considering all SweeGen’s assertions, that the challenges to the validity of PureCircle’s patent were insufficient.

“As the result of the PTAB decision and SweeGen’s failure to demonstrate the invalidity of PureCircle’s patent, PureCircle has cleared another hurdle in its patent infringement case vs SweeGen,” says a PureCircle statement. “PureCircle is pleased with the decision of the PTAB,

and looks forward to enforcing its patent rights in its Federal District Court litigation against SweeGen.”

Globally, PureCircle has 197 patents granted and approximately 350 patents pending. Beyond patents, and further enhancing its broad-based intellectual property, the company notes how it has extensive know-how resulting from years of leading-edge R&D and process optimization in the area of stevia ingredients.

12 Nov 2019 --- Sugar reduction is a popular option for the three in five US consumers who would rather cut back on sugar than consume artificial sweeteners, according to an Innova... Read More

11 Oct 2019 --- This week in ingredients news, HB Natural Ingredients received a “Letter of No Objection” for its Vitosa stevia sweeteners from the US Food and Drug... Read More

21 Aug 2019 --- Producer and innovator of stevia sweeteners PureCircle is launching an ice cream with no added sugar, set to debut at the end of the month in Chicago, US. The... Read More