You are in : All News > No deal is a big deal: FoodDrinkEurope reiterates “dramatic implications” as Brexit deadline looms 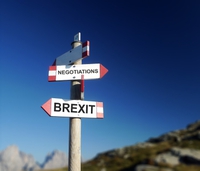 01 Mar 2019 --- With less than one month to go before the UK crashes out of the EU and the food industry is repeatedly urging the British Government to avoid a no-deal because of its “devastating impacts.” This time it’s a new internal report from FoodDrinkEurope (FDE) claiming that a no-deal Brexit would result in a substantial decrease in EU-UK trade and the production of food and drink products. This, the organization argues, would, in turn, have an impact on manufacturing companies’ revenue, threatening thousands of jobs across all member states.

EU27 food and drink exports to the UK amount to €32 billion (US$34.6 billion), representing 70 percent of the UK’s total imports. Should the UK leave the EU without a deal, the World Trade Organization’s (WHO) Most Favored National (MFN) tariffs could apply to traded goods. For agri-food products, these tariffs are notoriously high and FDE argues that this will have a knock-on effect on the whole food supply chain, from producer to exporter to consumer.

Even the UK Government’s own briefing paper, released earlier this week, warns of food price hikes, delays at the port of Dover (a major entry point for UK goods, including perishable food) and an additional £13 billion (US$17.2 billion) in costs due to increased customs paperwork for British businesses.

FDE’s report closely follows the government’s document – Implications for Business and Trade of a No Deal Exit on March 29, 2019 – which outlines how the government’s primary aim is to ensure that the UK exits the EU with a negotiated deal which will honor the result of the original UK referendum. However, the paper points out that as “a responsible government” it continues to plan for all eventualities, including a no-deal.

This eventuality is looking increasingly likely as we mark the first day of March.

According to the UK and European food and beverage industries, multiple sectors would be highly susceptible to the trading challenges a no-deal scenario would pose.

The latest FDE report highlights the disruption to the food supply chain and how it could potentially result in:

The EU food and drink industry may not be resilient enough to combat the sudden economic disruption of a no-deal Brexit, stresses the FDE report, once again urging that the Withdrawal Agreement, as negotiated, represents the best way forward for the sector.

Meanwhile, in response to the government’s paper, Kath Dalmeny, Chief Executive of Food and Farming alliance Sustain, describes a no-deal as “a nightmarish no-win outlook for farmers and food producers, even if the UK and French governments find a way to keep the food trucks flowing smoothly through the ports.

“Now we hear that a no-deal is likely to cost an extra £13 billion (US$17.2 billion) in customs paperwork,” she says. “It is also bad news for consumers, whose fresh fruit and vegetables are mainly imported at this time of year before the British season kicks in. Those on low incomes will be worst hit, as they can ill afford to stockpile or budget for price rises.”

“Food suppliers are telling us they also fear that the schools and hospitals they supply will struggle to afford the inevitably more expensive fresh food within their tight budgets. MPs who care about British food and farming must do all they can to avert a no-deal Brexit, otherwise, we are heading into a food disaster.”

There have been multiple calls for clarity over the last year or more from industry leaders desperately trying to find a pathway through the Brexit maze.

A Barclays report warns that failing to reach a Brexit deal could end up costing £9.3 billion (US$12.2 billion) a year as food retailers and their supply chain face a mass of additional tariffs as a result of the UK not negotiating a trading deal with the EU.

Earlier this year, a Rabobank report also said that in the event of a no-deal Brexit, the UK will become a “third country” to the EU. In practice, this means that UK companies lose access to the EU market for exports of most agricultural products, due to the introduction of import tariffs at the EU border.

Last month, the UK Government bowed to pressure to delay policy making on chemicals, pesticides, plastics, clean air, waste and possible reforms on food-related matters, following a “no-cooperation” letter from the food industry. More than 30 trade organizations within the UK’s farming and food and drink supply-chain said that they are now totally focused on working to “mitigate the catastrophic impact of a no-deal Brexit” with large amounts of time, money, people and effort being diverted to that end and cannot deal with non-Brexit related issues.

Next steps
UK MPs have backed a proposal asking the government for a change in the law so the Brexit date can be altered, should Parliament vote to delay the UK’s departure from the EU. Meanwhile, UK Prime Minister Theresa May still needs to get her deal through Parliament. The backstop issue, which is designed to avoid a hard border in Ireland, remains one of the key sticking points.

May seeks to return to the Commons for a second meaningful vote on an amended deal by March 12.

05 May 2020 --- Following delays to the publication of the European Commission’s Farm to Fork strategy, FoodDrinkEurope (FDE) has set out five tests that it believes the... Read More

27 Apr 2020 --- Fragmented supply chains as a result of COVID-19 are driving businesses with a global footprint to consider alternative routes for maintaining the status quo in... Read More