You are in : All News > In love with flavor: Valentine’s Day instigates sweet and savory, indulgent NPD

14 Feb 2019 --- Valentine’s Day offers consumers a chance to spoil their loved ones – and often themselves – with a surge of limited edition NPD including tasty treats and flavorful twists on popular products. In this space, FoodIngredientsFirst takes a look at some of the sweet and savory options on offer this year, in honor of Saint Valentine.

Limited edition products specifically created to celebrate romance and love, as well as delicate taste buds, prove as a more appealing option. The excitement in discovering a new flavor of an already popular product is combined with the urgency of the limited time it will be available for, prompting consumers to reach for it. 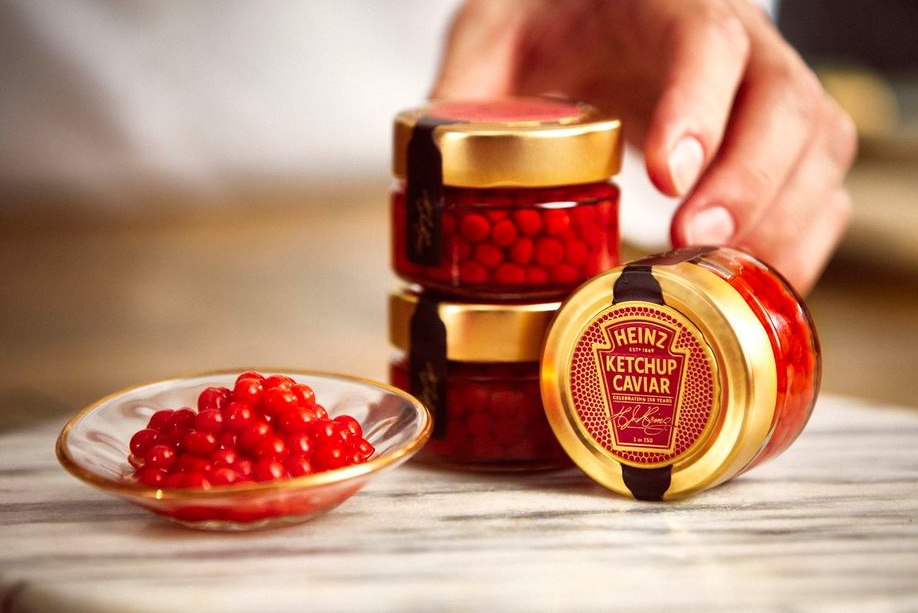 Heinz Ketchup's Ketchup CaviarSavory treats NPD
Aldi has this year launched a range of heart-shaped cheeses for Valentine’s Day. The German grocer’s heart-shaped offers include four artisanal varieties, a mature English cheddar cheese, a Wensleydale with raspberries and white chocolate, a Wensleydale with cranberries, and a creamy cinnamon cheese with raisins and diced apple.

Potato chip maker Tyrrell’s has released what it calls “aphrodisiac” chips. The new chips are honey and chili flavored, two ingredients touted as being aphrodisiacs. Tyrrells has also announced a social media competition, allowing fans the chance to win a bundle of the sweet and fiery flavored chips.

Love red like ketchup? Heinz Ketchup US has decided to shed a comical light on a romantic day and has announced a new take on its household sauce. Looking to add a little fancy flair on its widely-used condiment, Heinz announced 150 jars of a special “Ketchup Caviar.”

And if your loved one is allergic to flowers, the Manly Man Company, specializes in creating beef jerky “floral” arrangements. The company can make a beef bouquet, which they call a “broquet,” that looks like daisies or roses but is made of 100 percent meat. Each beef jerky bouquet arrives in a Manly Man pint glass.

Nothing sweeter than love?
According to a National Confectioners Association survey, 80 percent of US consumers say they plan to share chocolate and candy with friends, family and loved ones during this Valentine’s Day.

The year’s most salient chocolate trend is ruby chocolate. At this year’s ISM 2019 in Cologne, Germany, the “fourth type of chocolate” was given its first moment in the major trade show spotlight. Just over one year after Nestlé debuted its KitKat Ruby in Japan and South Korea, at least eleven chocolate manufacturers presented new ruby chocolate products, from hollows to pralines, at the event. 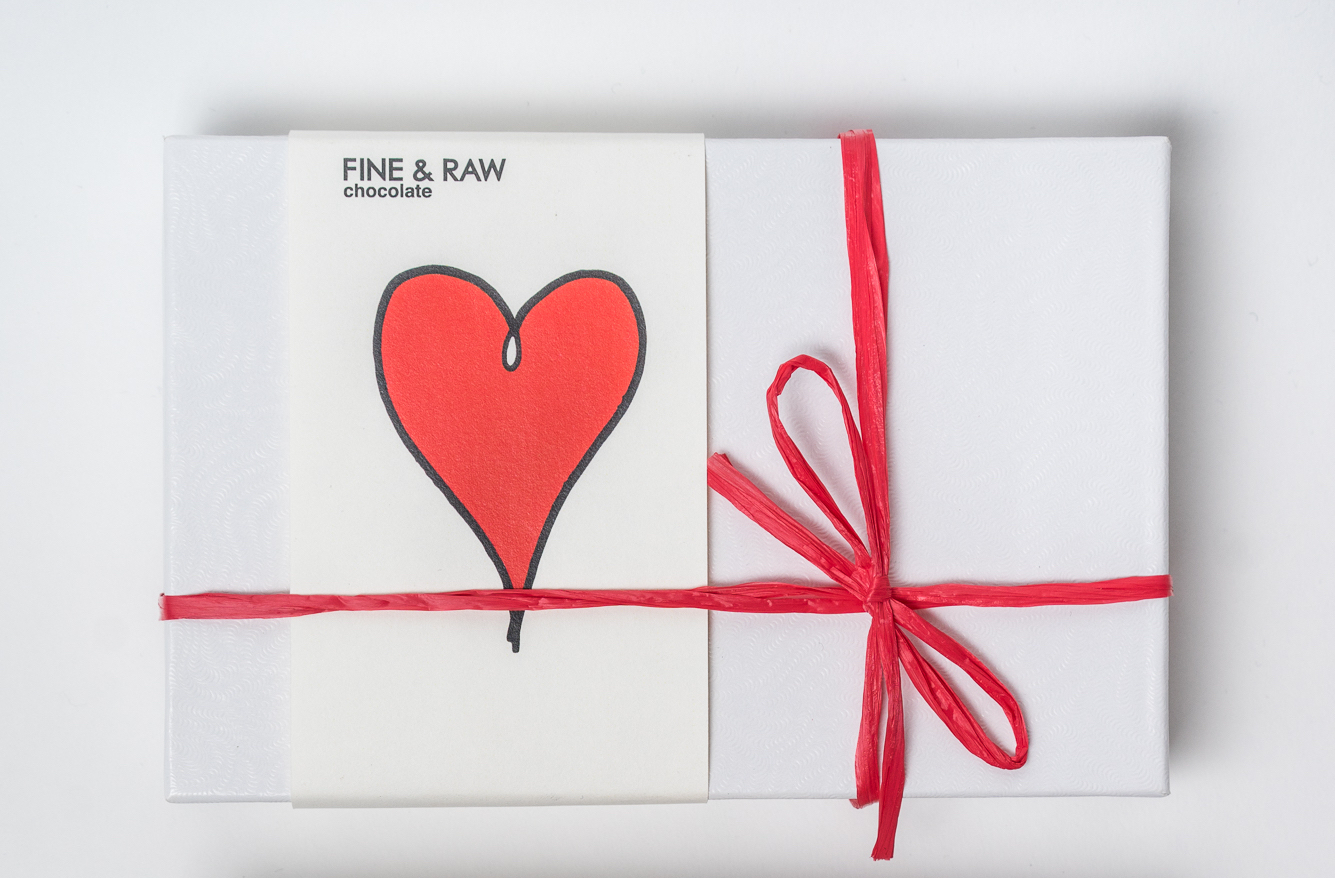 Fine and Raw Valentine's Day packagingThe pink hue of the chocolate can be easily associated with romance and make for an excellent Valentine’s Day gift that combines sweetness with a “discovery” appeal. Innova Market Insights has hotly tipped “The Adventurous Consumer” as this year’s number one trend. Consumers are gravitating towards excitement in their food choices and seeking the element of surprise that the ruby chocolate trend certainly offers.

The color red, despite being a classic choice during Valentine’s Day, is not the only option anymore.

FINE & RAW Chocolate founder, Daniel Sklaar, tells FoodIngredientsFirst’s sister site PackagingInsights that red is no longer the star of the show: “To get ‘millennial’ on this, it's like texting a black emoji heart to someone or a red emoji heart. Red is the direct color of love. Valentines, however, can be layered with other colorful expressions, such as desire, amorous and provocative feelings, sensualness as well as friendship.”

One of the most popular chocolate gifts to give are Hershey’s chocolate kisses, but the company this year has released their limited edition “molten lava cake” chocolate kisses. The kisses are wrapped in an abundantly pink, hearts-decorated packaging that makes the link to Valentine's Day apparent.

M&M’s have been released in a limited edition white cheesecake flavor ahead of Valentines Day while Skittles Love Mix touts flavors specially made for the holiday.

Additionally, a Fun Size Chocolate & Sugar Variety Valentine Exchange Standup Pouch has been released featuring Snickers, Twix, M&M’S and Skittles brands, while each individual pack comes with a spot to include a to/from message.

Sweet or savory, ruby or red, Valentine’s Day creates the space for experimentation with flavors and a new way to appeal to consumers globally. The Valentine’s craze is a classic holiday that gives an extra “flavor” to the year.

The Hershey Company and Barry Callebaut have extended their strategic supply partnership signed initially in 2007. Under the agreement, Barry Callebaut will continue to... Read More

Cargill is set to acquire Aalst, a Singapore-based chocolate manufacturer, in an investment that expands the company’s Asia-Pacific cocoa and chocolate offerings... Read More

Barry Callebaut’s newly introduced Indulgence Playbook is a testament to the premiumization of confectionery over the last year, which saw unique and blissful... Read More

This week in industry news, Greenyard Fresh UK closed an agreement to increase its investment in Bardsley England, and Camellia purchased an 80 percent stake in Bardsley... Read More