You are in : All News > FDA Issues Final Guidance on Labeling Food “Not Genetically Engineered,” Approves GE Salmon 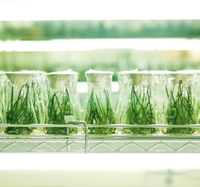 20 Nov 2015 --- Based on sound science and a comprehensive review, the U.S. Food and Drug Administration has taked several important steps regarding food from genetically engineered (GE) plants and animals, including the first approval for a genetically engineered animal intended for food, AquAdvantage Salmon.

The FDA has approved AquaBounty Technologies’ application for AquAdvantage Salmon, an Atlantic salmon that reaches market size more quickly than non-GE farm-raised Atlantic salmon. The FDA regulates GE animals under the new animal drug provisions of the Federal Food, Drug, and Cosmetic Act, because the recombinant DNA (rDNA) construct introduced into the animal meets the definition of a drug. In this case, the rDNA construct introduces a trait that makes the AquAdvantage Salmon grow faster.

“The FDA has thoroughly analyzed and evaluated the data and information submitted by AquaBounty Technologies regarding AquAdvantage Salmon and determined that they have met the regulatory requirements for approval, including that food from the fish is safe to eat,” said Bernadette Dunham, D.V.M., Ph.D., director of the FDA’s Center for Veterinary Medicine.

These measures include a series of multiple and redundant levels of physical barriers placed in the tanks and in the plumbing that carries water out of the facilities to prevent the escape of eggs and fish. Finally, the AquAdvantage Salmon are reproductively sterile so that even in the highly unlikely event of an escape, they would be unable to interbreed or establish populations in the wild.

The FDA will maintain regulatory oversight over the production and facilities, and will conduct inspections to confirm that adequate physical containment measures remain in place. In addition, the Canadian and Panamanian governments will also be conducting inspections of the facilities.

The FDA held a Veterinary Medicine Advisory Committee meeting on the sufficiency of the scientific review and a hearing to gather opinions on labeling of food from AquAdvantage Salmon. The agency received and reviewed comments from these two meetings. In addition, the agency released a draft environmental assessment and preliminary finding of no significant impact for public comment; these comments were also reviewed prior to the agency’s final decision.

The FDA’s responsibility is to ensure that foods under its purview meet applicable safety, labeling, and other statutory and regulatory requirements. Foods derived from GE plants and animals must meet the same requirements, including safety and labeling requirements, as other foods. Under the Federal Food, Drug, and Cosmetic Act, the FDA can only require additional labeling of foods derived from GE sources if there is a material difference – such as a different nutritional profile – between the GE product and its non-GE counterpart. In the case of the AquAdvantage Salmon, the FDA did not find any such differences.

“We recognize that some consumers are interested in knowing whether food ingredients are derived from GE sources,” said Susan Mayne, Ph.D., director of the FDA’s Center for Food Safety and Applied Nutrition. “The FDA is issuing two guidance documents that explain how food companies that want to voluntarily label their products can provide this information to consumers.”

Although companies can always voluntarily add labeling to their products as long as it’s truthful and not misleading, these guidances provide recommended actions for manufacturers who may wish to voluntarily label their products with information about whether the foods contain ingredients from GE sources.

The agency is accepting public comment for 60 days starting on November 23 via instructions in the Federal Register on Draft Guidance for Industry: Voluntary Labeling Indicating Whether Food Has or Has Not Been Derived from Genetically Engineered Atlantic Salmon.

The Grocery Manufacturers Association issued the following statement from Pamela G. Bailey, president and CEO, in response to the FDA decision to deny a petition seeking mandatory labeling of genetically modified organisms (GMOs) in food products. “The FDA made the right decision for the right reasons, standing with sound science and recognizing that the world’s most respected and authoritative scientific and regulatory bodies have repeatedly found genetically engineered (GE) ingredients to be safe. “We look forward to continuing to work with Congress to enact a uniform national standard for food labeling that would prevent a costly and confusing patchwork of state labeling mandates. “Our industry is committed to transparency and to addressing the increasing desire by shoppers for more information about the products they buy, use and consume.”

Gregory Jaffe, Biotechnology Director at the consumer lobby group, CSPI said: “Today’s decision is an important test of the regulatory framework governing the food and environmental safety of genetically engineered animals and crops. We agree with the Food and Drug Administration’s assessment that the AquAdvantage salmon is safe to eat and is nutritionally equivalent to non-genetically engineered salmon. That the salmon’s safety has been affirmatively determined by the agency puts it in contrast to the genetically engineered crops on the market. While the current GE crops grown in the U.S., too, are perfectly safe to eat, developers of GE crops have only been subject to the FDA’s voluntary consultation process where the agency reviews safety data, but does not provide a ruling that foods and ingredients from the crops are safe.”

“CSPI agrees that the extremely limited production allowed in today’s action will not harm the environment, and may even be beneficial if AquaBounty’s claims of efficiency are realized. To the extent that AquaBounty asks FDA for additional production capacity in other parts of the world, including the United States, the agency should conduct a new environmental assessment and impose conditions to ensure that the salmon could not escape and alter the surrounding ecosystems.”

“While today’s decision marks the first approval of a GE food animal, its impact on American consumers will be negligible. It will take months for AquaBounty to produce and export GE salmon for consumers to purchase. When they are at full capacity, the volume of imported GE salmon will be merely a ‘drop in the bucket’ of salmon purchased on a yearly basis. While FDA will not require that GE salmon steaks be labeled, it is critical that the marketing of GE salmon products be transparent. Consumers who want information about the GE salmon should be able to obtain it, either on the label, in printed materials associated with the product, on a website, or through other communications."

Michroma, a precision fermentation food ingredient company, has closed US$6.4 million in seed financing in a move that will see petroleum removed from food colorings.... Read More