You are in : All News > Consumption of High-Fructose Corn Syrup Increased In Canada After Tariffs Lowered in NAFTA 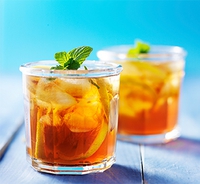 “Here we take advantage of an exceptional natural experiment in which tariffs on HFCS were withdrawn, within an existing system of free trade in goods,” writes Pepita Barlow, University of Oxford, Oxford, United Kingdom, with coauthors.

The study, covering 1985-2000, found that lower tariffs on HFCS were associated with an increase of about 41.6 kcal in caloric sweeteners supplied and likely consumed per person per day in Canada. This increase in the supply of HFCS correlates with a large rise in obesity rates, from 5.6 percent in 1985 to 14.8 percent in 1998, as well as increases in diabetes. Even seemingly small increases in caloric intake can contribute to weight gain, with small daily increases adding up over time.

The study provides evidence on the impact that a US free trade agreement, such as NAFTA, may have on diet and health.

“Our findings are consistent with the hypothesis that US trade relations may have been an underlying population-level factor contributing to Canada's comparatively high rates of obesity, diabetes and non-communicable diseases, through increased population-level exposure to added sugars,” the authors write.

“Our analysis of the effects of NAFTA raises concern that these new trade deals could harm population health should lower tariffs lead to increased supply and potential consumption of unhealthy food items, particularly those containing HFCS,” write the authors.

Data limitations did not allow the study authors to fully test how US exports reacted to tariffs and the impact of HFCS on health in Canada. Also, there may have been other factors in Canada that coincided with changes in NAFTA that could account for these findings.

“These limitations notwithstanding, we find evidence that lower tariffs following NAFTA were associated with increased supply and likely consumption of caloric sweeteners in Canada including potentially hazardous HFCS,” they state.

“A key message is that US free trade agreements can increase exposure to potentially hazardous commodities -- it's as much about changes to the harmful ingredients in peoples' diets as it is about the total number of calories consumed,” says Barlow. The authors urge that when negotiating trade agreements, other countries should be aware of these potential effects.

Canadians take a bite out of cannabis edibles amid COVID-19

31 Mar 2020 --- Cannabis formulated in food and beverages could be a market category full of potential in Canada, since it legalized the sale of edibles, extracts and topicals last... Read More