You are in : All News > Cargill to sell stand-alone malt business to Axéréal 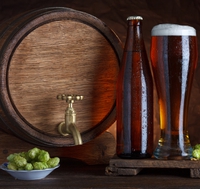 21 Dec 2018 --- Cargill is to sell its stand-alone malt business to Axéréal’s malt subsidiary, Boortmalt, for an undisclosed fee. The transaction involves the global malt business, including 15 facilities across four continents, with a workforce of more than 500 people. Cargill originally entered the malt ingredients space in 1979. It has operated as a stand-alone business within Cargill’s Food Ingredients business portfolio.

This transaction would give Boortmalt, a France-based manufacturing company, access to a global footprint and offer further growth opportunities for Cargill’s Malt business and its people.

“Cargill’s Malt business serves the brewing, food and beverage industries by originating and transforming malting barley into malt. We have built and maintained solid relationships with customers of all sizes across the globe,” Wendy Sleight, Communications Manager, EMEA Corporate Affairs at Cargill, tells FoodIngredientsFirst.

“It is now the right time for Cargill to offer the business and its people further growth opportunities with an organization that is well equipped and dedicated to this specific industry. We trust that with Axéréal/Boortmalt, we have found a partner with the right cultural fit, business expertise and know-how for the future of our people and partners,” she adds.

“Malt was truly a stand-alone business within Cargill’s Food Ingredients business portfolio, so it didn’t allow for synergies with the rest of our portfolio as part of Cargill’s efforts to operate as an integrated operating company,” Sleight notes.

Little has been disclosed on how this move fits within Cargill’s expansion or consolidation strategy in 2019. “At any one time we are assessing a number of business opportunities, as and when they become more concrete we will communicate,” Sleight concludes.

Boortmalt positions itself as one of the world’s leading maltsters with a long-term commitment to the malting industry. Boortmalt is the Axereal Malt subsidiary which produces high-quality malt for brewers, distillers and microbreweries. It operates 10 malting plants in Europe and produces and sells more than a million tons of malt a year.

Boortmalt uses its strategic site at Antwerp to export 50 percent of its total production to emerging markets. A market leader in the UK and Ireland, Boortmalt is a recognized producer of whisky and specialty malts. The company would not comment on the agreement reached with Cargill at this stage when approached by FoodIngredientsFirst, with an update not expected until mid-January.

Entry into the sale agreement is subject to information and/or consultation procedures with the appropriate employee representative bodies. The transaction will be subject to regulatory and other approvals and is expected to close in the second half of 2019.

Axereal is one of France’s leading cereals cooperative groups specializing in growing and processing cereals for the brewing, baking and livestock industries. Axereal has 13,000 cooperative members and 3,200 employees. It generates turnover of around €3 billion per year and operates in 13 countries. As the leading collector of sustainable cereal raw materials, Axereal helps bring high-quality food to the market and aims to become a leader in the agricultural transition.

In September, Bloomberg reported that Cargill was exploring options for its malt unit in a deal that could value the business at more than US$1 billion. 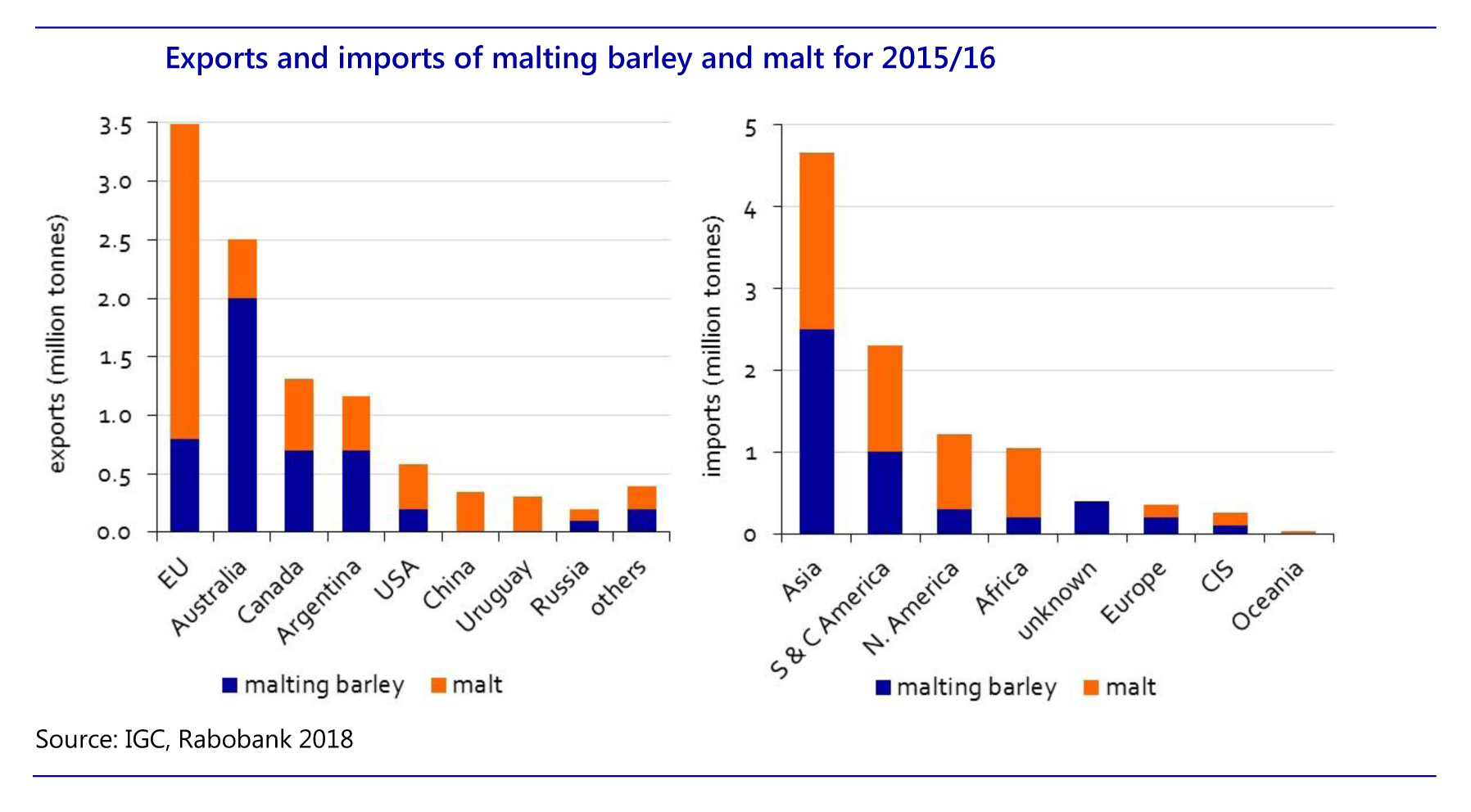 Click to EnlargeSource: “Chew it or Brew it - The Barley (R)evolution”, Rabobank, February 2018Earlier this year, a Rabobank report (“Chew it or Brew it - The Barley (R)evolution”) stressed that the global barley sector has undergone significant change over the last decade. Under 20 percent of global barley production is used for malting, with the vast majority used in feed. Strong competition from other, often higher-yielding, crops has been a key driver for decline in barley acreage. Since 2006, the global barley area declined by 14 percent, with key exporters in North America and Ukraine cutting their acreage by 30-40 percent. Even the three largest producers EU, Russia, and Australia are cutting area – by 11 percent to 13 percent. Argentina’s success story of rising barley plantings over the past decade has also reversed significantly since the liberalization of wheat exports – although barley acreage is still about twice as high as ten years ago, it has fallen by about 50 percent from the record high in 2012/13.

“On a global scale, improvements in yield have resulted in a 10 percent rise in production in the last decade and trade has increased by 80 percent – not so much because Saudi Arabia (the largest barley importer in the world) increased its buying by one-third, but because China increased its imports five-fold, to 5-8 million tons. Feeding is a key reason for the increased Chinese demand, but the large domestic beer market also plays its role,” Rabobank notes.

The report further stressed that malting barley demand is supported by an increase in brewing, especially in developing countries, as well as by an expanding craft beer sector that uses a higher malt content in their brews, and by rising malt demand for whisky and food. About 25 million tons of malting barley are used globally per year to produce 20 million tons of barley malt, of which the EU uses almost 40 percent, according to Rabobank.

18 Jan 2021 --- Cargill is in talks to withdraw from its global sugar trading business. The agri-food powerhouse is now eyeing the potential sale of a 50 percent stake Alvean, a... Read More

09 Dec 2020 --- Cargill is expanding its European lineup of plant-based solutions to include pea protein varieties, expanding beyond its active markets for these products in North... Read More

04 Dec 2020 --- Malt Products Corporation (MPC), a manufacturer of malted barley extract and natural sweeteners, is experiencing a surge in demand for its OatRite oat extract as an... Read More