You are in : All News > Big moves in beer: Anheuser-Busch set to acquire remaining stake in Craft Brew Alliance 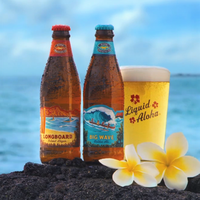 13 Nov 2019 --- US-headquartered beer brewing companies Craft Brew Alliance (CBA) and Anheuser-Busch (A-B) have jointly announced an agreement to expand their partnership. A-B has agreed to purchase the remaining CBA shares it does not already own in a merger transaction for US$16.50 per share, in cash. The deal is expected to close in 2020, according to CBA.

CBA will join A-B’s Brewers Collective – a collection of craft partners from across the US. In the last three years, A-B has invested more than US$130 million in its craft partners, allowing them to expand their production volume by an average of 31 percent.

“The beer industry in the US is competitive and dynamic, with more choices available to consumers than ever before,” said Marcelo Michaelis, President, Brewers Collective, A-B. “CBA’s diverse portfolio of regional breweries and innovative lifestyle brands is an excellent complement to our family of craft partners and would continue to help fuel the growth of the craft beer category.”

The vast majority of CBA’s brands are already distributed through A-B’s network of independent wholesalers per the companies’ existing commercial agreement.

A-B currently owns a 31.2 percent stake in CBA. The transaction is subject to customary closing conditions, including approval by a majority of CBA’s shareholders not affiliated with A-B and certain regulatory approvals.

CBA business highlights
Among key highlights from CBA’s third quarter financial results (ended September 30), the company recorded depletion growth (the rate at which beer, already shipped from a producer to a distributor, leaves the distributor’s warehouse en route to end users) of its Kona brand (a Hawaiian brewery) at 7 percent in the third quarter and 6 percent for the first nine months. 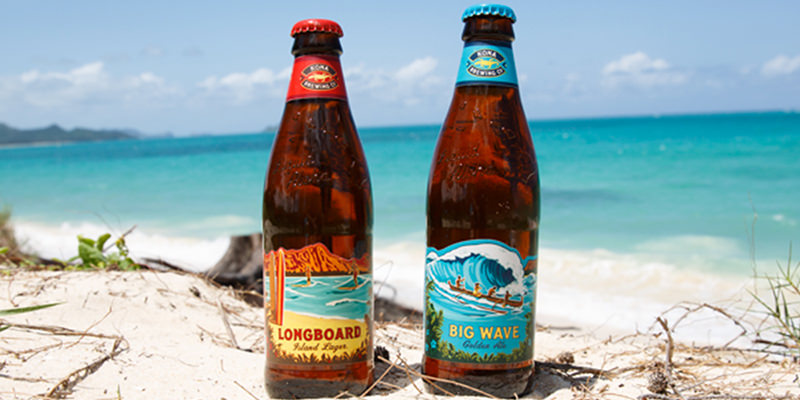 “As competition and market complexity pressures established brands in both the on and off-premise, Kona’s momentum – ignited by the distribution drive earlier this year – was sustained through strong retail programming and promotional pricing initiatives,” states CBA.

Kona flagship Big Wave golden ale brand delivered double-digit domestic depletions growth in both channels during the third quarter, increasing by 17 percent, contributing to a 20 percent depletion increase year to date. “During the third quarter we also made important strides in qualifying Big Wave for local production in Rio de Janeiro, which will enable us to unlock Kona’s full potential in Brazil,” says CBA.

Reflecting on the quarter while also looking ahead, CBA CEO Andy Thomas says, “CBA’s third quarter depletions growth, fueled by Kona, is remarkable on a number of levels – in absolute terms, in contrast to the market overall, and notwithstanding its absolute size already as a top 10 national craft brand.”

“Moreover, within the Kona family, it’s clear that Big Wave is just getting started. We’re also excited about the announcement made with A-B, which gives us greater opportunity to continue nurturing the growth of CBA’s portfolio,” he adds.

16 Dec 2019 --- In breaking news today, International Flavors & Fragrances (IFF) has entered into a definitive agreement for the merger with DuPont’s Nutrition &... Read More

03 Jun 2019 --- Brazilian heavyweight meatpackers Marfrig Global Foods and BRF are reportedly discussing a possible tie-up. This would allow the companies to create “a world... Read More

30 Apr 2019 --- It’s game over for Sainsbury’s and Asda merger plans. As the two UK supermarkets try to move on from last week’s crushing news that their tie-up... Read More

25 Apr 2019 --- The UK competition watchdog has stopped the proposed Sainsbury’s-Asda merger in its tracks after finding the tie-up would lead to increased prices in stores... Read More