You are in : All News > Anti-Deforestation Cocoa Collective – Industry Leaders Pull Together 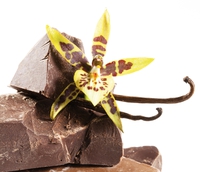 17 Mar 2017 --- Confectionery and chocolate giants from around the world will join forces to stamp out deforestation of rainforests in the cocoa supply chain, starting off with the leading producers Côte d’Ivoire and Ghana. The cocoa industry – including 12 leading companies like Mondelez, Nestle and Mars alongside cocoa traders including Olam and Cargill – agreed to a statement of collective intent where they will work together to end forest degradation during a meeting in London hosted by HRH The Prince of Wales yesterday (March 16).

The move comes at a time when the agricultural impact of tropical forests around the world has been making headlines, with an emphasis on palm oil traders, buyers and others in the sector who have been facing increasing scrutiny by campaign groups like Greenpeace.

In February, FoodIngredientsFirst reported how HSBC strengthened its “no deforestation, no peat, no exploitation” policy promising not to fund palm oil companies involved in rainforest destruction following a Greenpeace investigation earlier this year which linked the bank to companies destroying large areas of land. The ‘Dirty Bankers’ investigation exposed HSBC’s funding of palm oil companies and prompted thousands of people to join the campaign to change the bank’s policies, including 30,000 HSBC customers.

The spotlight has historically been on commodities like palm oil, soybeans and timber, as major contributors to deforestation, however recently there has been much more focus on the part the cocoa industry plays to the destruction of forests.

The meeting, organized by World Cocoa Foundation (WCF), IDH-the Sustainable Trade Initiative (IDH) and The Prince's International Sustainability Unit (ISU), is the first of its kind covering the global cocoa supply chain. Senior executives from the 12 companies stated their commitment to develop an actionable suite of measures to end deforestation and forest degradation, including greater investments in more sustainable forms of landscape management; more active efforts in partnership with others to protect and restore forests in the cocoa landscape; and significant investments in programs to improve cocoa productivity for smallholder farmers working in the cocoa supply chain.

Speaking at the event, HRH The Prince of Wales said, “Tropical rainforests play an absolutely crucial role in climate change mitigation and adaptation, in ensuring sustainable livelihoods for hundreds of millions of people and in conserving biodiversity. The most powerful direct reason for action is that deforestation threatens to undermine the very resilience of the cocoa sector itself, and with it the livelihoods of the millions of smallholders who depend on it.

“I am heartened that companies are undertaking to work up, in full collaboration with host governments and civil society, a Joint Framework of Action to make good on the commitments announced today, in time for COP 23 in November.”

“Cocoa is highly susceptible to climate change, with increases in temperature and reduced rainfall putting this critical input to chocolate at risk. The pre-competitive initiative we are announcing in partnership with industry, governments, NGOs, farmers and other stakeholders is one of the best opportunities to achieve our goal of ending deforestation and counteracting the effects of it in the cocoa supply chain.” said Michele Buck, President and Chief Executive Officer, The Hershey Company.

“At Mars, we are fully committed to creating a sustainable cocoa supply chain and deforestation continues to be a significant threat. Industry, NGOs along with governments have a role to play and we are determined that this initiative will be the first of many industry efforts to address this crucial issue.” adds Blas Maquivar, President Chocolate UK & Global Retail, Mars Chocolate.

Antoine de Saint-Affrique, Chief Executive Officer, Barry Callebaut said how climate change “is impacting cocoa farming as we speak. As the cocoa industry, we have a key role to play to curb one of the largest sources of carbon emissions: deforestation.”

01 Jun 2020 --- With Africa being the largest cocoa producing region in the world, Barry Callebaut continues to source and process chocolate ingredients, while prioritizing the... Read More