You are in : All News > Alltech’s Algae Products Provide Sustainable Fish Oil Alternative 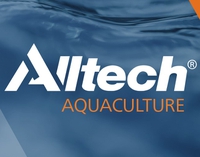 17 Feb 2017 --- Aquaculture is the fastest-growing segment in the feed industry. According to the 2017 Alltech Global Feed Survey, the aquaculture industry experienced a 12 percent increase in feed production in 2016 to 39.9 million metric tons. Asia maintained its volume and accounts for approximately three-quarters of global production per Alltech’s 2016 Aquaculture Survey. For many who are closely watching the aquaculture sector, this growth comes as no surprise. However, it presents a new set of challenges.

“‘The Fish to 2030: Prospects for Fisheries and Aquaculture’ report produced by the World Bank states that the projected growth in fed aquaculture over the 2000–2030 period, equivalent to an annual average growth rate of 3.9 percent per year, is much faster than the projected growth in fish oil use in aquaculture, which has an average annual growth rate of 1.7 percent,” said Dr. Keith Filer, project manager for aquaculture research at Alltech. “This is why Alltech is committed to providing a sustainable alternative to fish oil with our algae.”

Alltech has been improving aquaculture performance through nutrition for 13 years, but recent developments have significantly strengthened the company’s efforts:

• Acquired in 2010, Alltech’s algae plant in Kentucky, USA, is one of the largest commercial production sites in the world for algae. This traceable algae can provide a sustainable DHA omega-3 source as an alternative to fish oil. In December 2016, Alltech received registration from the Canadian Food Inspection Agency (CFIA) for two of its algae products, ForPlus and All-G Rich, and the company expects more regulatory bodies internationally to follow the CFIA’s decision.

• Coppens International, an innovative Dutch aquatic feed and nutrition company, was acquired in 2016. This acquisition has enabled both companies to benefit from each other’s expertise, including the use of Alltech’s sustainable algal DHA source, ForPlus, to replace fish oil.
Coppens has gained compliance with the Aquaculture Stewardship Council within the last year and has introduced a new range of feeds incorporating Alltech’s sustainable alternatives to fish oil and inorganic trace minerals in order to provide availability of these nutrients for optimum fish health and performance. On the horizon for Coppens in 2017 is a $1 million renovation of the Coppens Research Centre, which will double its capacity while increasing the number of aqua species that can be included in this extensive research program.

Alltech has partnered with several universities and a research institute through formal research alliances to demonstrate the impact of Alltech’s algae solutions in a variety of species:

Filer noted that the research alliances’ findings to date “have observed that All-G Rich could replace fish oil in the diets of marine, freshwater and salmonid species while maintaining performance as well as DHA levels in the fillet.”

“What if we had a sustainable DHA source that was traceable and provided health benefits to fish?” said Dr. Jorge Arias, Alltech’s global director for aquaculture. “We believe we have a real solution in our algae that will reduce reliance on fish oil while increasing the amount of DHA available to farmed fish and, ultimately, to consumers.”

11 Sep 2020 --- This weekend marks the debut of meat alternative producer Ojah’s vegan ribs making an appearance on a restaurant menu. The pea-based texture of the vegan ribs... Read More

10 Sep 2020 --- Consumers today have a greater awareness of food ingredients compared to pre-pandemic times. This is boosting efforts to support the environment and avoid future... Read More