You are in : All News > Weekly Roundup: Univar extends plant-based ingredient distribution, Tesco eyes net-zero by 2035

Healy Group revealed a collaboration with Th. Geyer Ingredients for distribution of its textured pea protein range, PrimaTex. The deal with Germany-based Th. Geyer Ingredients covers the supply of PrimaTex to several territories across mainland Europe including Germany, France and the Netherlands. The agreement is part of the company’s broader expansion plan to introduce EU-origin textured plant proteins to a wider audience. Manufactured in the UK using EU-grown materials, PrimaTex is a sustainable, allergen-free alternative protein with a reduced carbon footprint.

Click to EnlargeUnivar Solutions is the appointed distributor of Evergrain's plant-based ingredients in multiple regions.To help bring forward its ambition to become net zero in the UK by 2035, 15 years earlier than planned, Tesco is taking new action to help tackle the two most significant emissions sources in the UK – electricity production and transport. The UK retailer is launching a new partnership with renewable energy investor, Low Carbon, that will create three new solar farms in the UK that will generate up to 130GWh of energy per year, and help Tesco procure more renewable energy with additionality for the grid.

In brief: Recognition & awards
The 2020 Dow Jones Sustainability Index – one of the world’s leading global sustainability benchmarks – has again rated Coca-Cola HBC as Europe’s most sustainable beverage company. This is the seventh time in eight years that the company has been ranked number one in Europe and, with its highest-ever score, is ranked number two globally – its 10th successive year in the top three.

Symrise has received an award recognizing its commitment to sustainability from DQS. The Holzminden-based company is one of the recipients of the “Sustainability Heroes Awards 2020.” The German Society for Sustainability, in short DQS, presented these awards during an online conference held from November 2 to 4. With this award, DQS recognizes companies at the forefront of sustainability. A total of eight companies received the seal. Symrise convinced the jury with its strategy for the environment and society in particular.

In brief: Appointments
Pete Headridge will become the new CEO of the Campden BRI Group following Chris Huscroft’s retirement on January 1, 2021. Huscroft joined Campden BRI in October 2018, as Director of Technology, before becoming director of the Centre of Technical Excellence and then COO, before becoming chief executive in January this year.

In brief: Other highlights
Kalsec is opening a new warehouse in the Netherlands. The new facility will enhance the supply of products to customers across continental Europe, providing a smooth transition through Brexit and growth opportunities beyond. Located in the municipality of Waalwijk near the town of ‘s-Hertogenbosch, the new 800-square meter warehouse provides Kalsec with both ambient and cold storage facilities. With convenient transport links from Rotterdam’s port to the rest of continental Europe, the new warehouse will provide increased localized supply to customers on the continent.

Algaia has been testing the efficacy of seaweed-based biostimulants, and in particular, its Alganact EVP range, to promote the growth of leeks and reduce the use of chemical fungicides. The study is conducted in partnership with Sileban, a local experimental station on vegetables and Labéo, a regional R&D laboratory. After several seasons of tests, results should be made available in 2021. 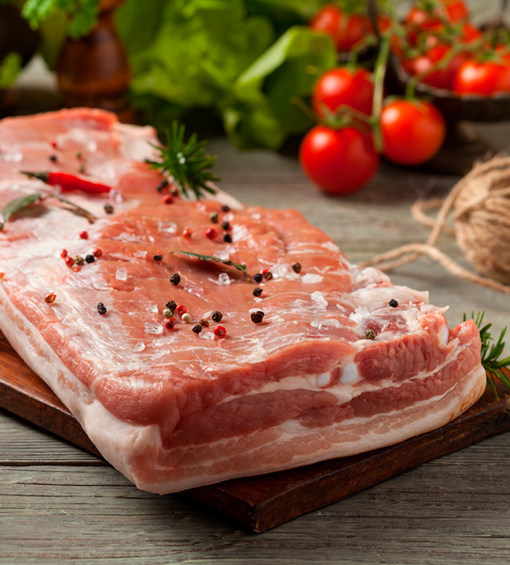 Click to EnlargeBelgian pork remained virus-free and is suitable for consumption and export.

Everytable, a US-based mission-driven food company has closed  US$16 million in Series B funding. The round was led by investment company Creadev. In the wake of the health and economic crisis fueled by the COVID-19 pandemic, the organization has redoubled its efforts to address food insecurity. Other investors in the round include Candide Group, Gratitude Railroad Ventures, Desert Bloom Food Ventures and Kimball Musk.

On October 26, the Philippine Government published a memorandum order to lift the temporary ban on importing domestic pigs and their products from Belgium. The order took immediate effect. Just over two years after the African swine fever (ASF) outbreak in wild boar in Belgium, the Philippines is the first primary Asian market to re-open for European Pork from Belgium – a reward for Belgium’s successful ASF approach. The Philippine Government has determined two important export conditions for Belgium, which Belgium will scrupulously respect:

All domestic swine in the initially infected zone have been eradicated under the Belgian Government’s supervision, and the re-population of farms in this zone remains forbidden.

Finally, the UK pig industry has continued to reduce its use of antibiotics, with the latest figures showing a 5 percent fall in the first half of the year. Between January 1 and June 30 this year, antibiotic usage dropped from 110 mg/PCU to 104 mg/PCU – marking a significant step toward the 99 mg/PCU target set in 2017. The data captured through the Agriculture and Horticulture Development Board (AHDB)’s electronic medicine book (eMB Pigs) represents 95 percent of slaughter pigs during the first six months of 2020. Industry leaders have welcomed the latest figures, saying it is a testament to pig producers’ hard work and vets across the country.

22 Jan 2021 --- Agrana Fruit has released its 2021 global consumer trends for the F&B sectors, with plant-based, gut health and immunity themes running throughout. With... Read More

22 Jan 2021 --- As border delays halt exports from the UK into the EU, the British Meat Processors Association speaks with FoodIngredientsFirst about the “plethora of... Read More