In brief: NPD
Nestlé introduced a further upgrade to its flagship Garden Gourmet Sensational Burger, only a few months after the previous version launched. The new recipe has a Nutri-Score “A” rating, offering a crumbly texture and the “handmade” shape of a beef burger, stemming from Nestlé’s newly developed techniques for working with plant-based proteins. The new burger will be rolled out across Europe this October, with Germany, Switzerland, Austria and Spain being among the first markets. It will be available in supermarkets and to restaurant and food service customers. 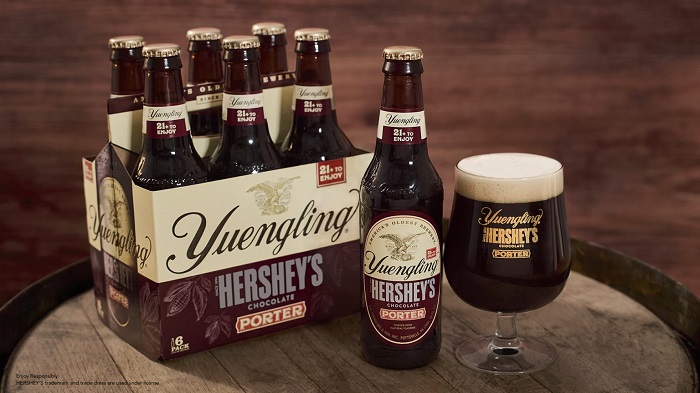 Click to EnlargeYuengling brewery and The Hershey Company collaborated to offer Yuengling Hershey’s Chocolate Porter.  (Credit: Yuengling)Thailand-based food tech start-up Meat Avatar piloted Asian-style plant-based meat. Its flagship offering is a plant-based crispy pork, with layers of imitation skin and fat that make it ideal for Pad Thai recipes. In addition, the company offers plant-based minced pork and fried eggs. Recently, the companyy also launched a ready to eat meal as their latest product. The company formulates its products with raw materials sourced in Thailand such as soybeans, peas and mushrooms.

In brief: Business developments
Swedish agricultural cooperative Lantmännen expanded its production capacity for refined oat-based products. Its latest investment – SEK 125 million (US$13.8 million) in total – includes the expanded capacity for receiving, storing and cleaning oats, plus new equipment for heat-treating dehusked oat kernels at its Kimstad, Sweden, facility. Oats are a strategically important crop for Lantmännen and the investment is expected to strengthen the group’s position on the market for oat products. 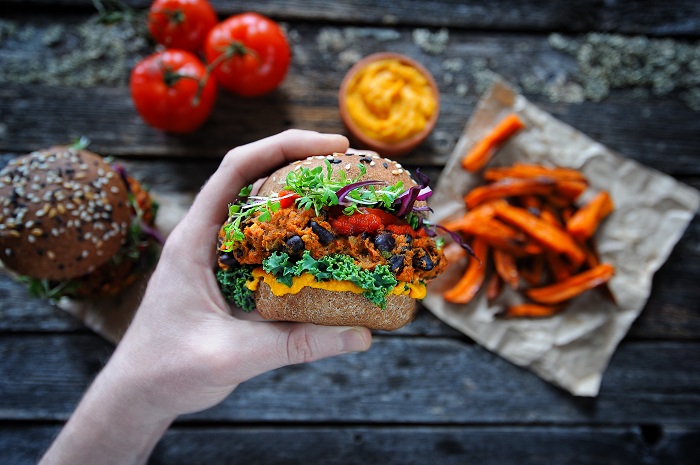 Sainsbury’s is planning to deliver 700,000 online grocery orders a week by the end of October. The new milestone, which covers home delivery and Click & Collect, means the supermarket expects to have doubled its online capacity since the beginning of March. Sainsbury’s aims to grow its online offer over the coming weeks and months, while extending online delivery times. To meet demand, almost 200 new Click & Collect locations have been added and there will be nearly 1,000 more groceries online vans on the road in the coming months ahead in comparison with last year. There will be 1,000 vans delivering for its subsidiary Argos.

Diageo has completed the acquisition of alcoholic beverage companies Aviation Gin and Davos Brands. This acquisition supports its participation in the super premium gin segment in the US. In other new developments, the company has appointed Ireena Vittal as a non-executive director. She was previously a non-executive director of various Indian listed companies, including Tata Global Beverages.

In brief: Sustainability
M&S Food has eliminated soy from the production of all its milk alternatives under its commitment to end deforestation. The retailer worked with the 44 British farmers producing M&S Royal Society for the Prevention of Cruelty to Animals (RSPCA)-assured milk to replace soya feed with alternatives such as rapeseed oil and sugar beet – pegged “just as nutritious and healthy as soy” – avoiding nearly 4,000 metric tons of soy being used each year. This is part of the M&S innovation program, which includes a prominent focus on diversification of feed from soy. The company is focusing on alternative proteins and different feed formulations, noting: “We plan to do more in this area over the coming months.”

The Norwegian Seafood Council has entered sustainable seafood partnerships with UK supermarkets Waitrose and Asda. This seeks to increase the variety of Marine Stewardship Council (MSC)-certified sustainable frozen and chilled Norwegian seafood products in their retail channels and online shopping platforms across the UK.

In brief: Food safety
The city of Guiyang, located in southwestern China, has launched the Agricultural Products Safety Traceability System, a data-driven platform to ensure safe food materials. This big data system can record the relevant information of the agricultural products including place of origin, transportation and maintenance conditions. A QR code, which contains the mentioned information, will be accordingly stuck on the food materials. This ensures safe food materials, which can prevent foodborne risks. If a problem arises, the Chinese government department concerned can immediately identify where exactly the contamination occurred and deploy corrective actions.

Click to Enlarge “Vegan” products may not be completely free from animal-based allergens.The Food Safety Authority of Ireland (FSAI) issued a warning alerting consumers who are allergic to or intolerant of animal-derived food (egg, milk, fish, molluscs and crustaceans) on the possible dangers of consuming “vegan” products in the belief that such foods are completely free from animal-based allergens. It states that consumers sometimes assume that a food declared as vegan contains absolutely no ingredients of animal origin, in line with the ethos of veganism. This is not always the case, as low-level accidental cross-contamination from animal-based allergens can occur during the production process. The term “vegan” is not defined in EU or Irish food law and therefore, there are no limits set out in food law about the proportion of animal-derived ingredients permitted in such food, the FSAI notes..

In brief: COVID-19 developments
During the COVID-19 pandemic, price is on the rise as a key purchase driver as new Agriculture and Horticulture Development Board (AHDB) research reveals a third of consumers have seen a change in household employment status in the wake of the outbreak. As a result of tightening purse strings, 43 percent of shoppers say they have become more price-conscious. This figure increases in line with the number of children in a household, rising to 57 percent for those with three or more children. The AHDB-YouGov tracker also looked at money-saving behaviors in-store. Just over half of shoppers had switched from brands to supermarket own-labels, while 49 percent had bought more products on promotion and 42 percent had swapped to cheaper stores.

The British Retail Consortium (BRC) is stressing that the UK government must prioritize a tariff-free Brexit deal, or risk lower-income consumers bearing the brunt of price increases. Without a zero-tariff deal with the EU, supermarkets will be subjected to £3.1 billion (US$4 million) a year of tariffs on F&B products, which they will have “little choice but to pass on to their customers as retail margins are so thin”. Many non-food retailers will also face large tariff bills, and as a result, the total cost to the industry and its customers would be much higher.

08 Apr 2021 --- Swiss food giant Nestlé is launching plant-based versions of some of its most-loved brands in Asia as consumers include more dairy alternatives in their... Read More

02 Apr 2021 --- This week in industry news, Fonterra completed the sale of two China farms, and Sun-Maid Growers of California is on track to acquire Plum Organics from Campbell... Read More

23 Mar 2021 --- Nestlé is rolling out its touchless coffee machines to offer an extra level of safety as virus-wary office workers return to workplaces. The contactless... Read More