You are in : All News > Weekly Roundup: IFF approves issuing of shares for DuPont merger 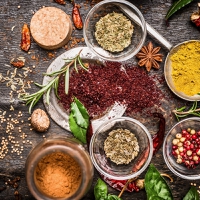 28 Aug 2020 --- This week in industry news, International Flavors and Fragrances (IFF) shareholders have voted to approve the issuance of shares of IFF common stock in relation to the company’s upcoming merger with DuPont’s Nutrition & Biosciences (N&B) business. Agrana approved the closure of the sugar beet factory at the Leopoldsdorf site in Austria following its upcoming beet processing campaign in December. KIND Healthy Snacks announced a commitment to exclusively source its almonds from bee-friendly farmland across the globe by 2025, while Yum China Holdings inaugurated a new Taco Bell store in Beijing, its first store in the Chinese capital city.

In brief: Business developments
International Flavors and Fragrances (IFF) shareholders have voted to approve the issuance of shares of IFF common stock in relation to the company’s upcoming merger with DuPont’s Nutrition & Biosciences (N&B) business. The transaction remains on track to close in the first quarter of 2021, subject to regulatory approvals and closing conditions. DuPont has also published its second-quarter 2020 results, which reveal strong growth in the plant-based protein business, despite N&B’s net sales being down 1 percent from the year-ago period. DuPont and IFF have also announced the executive committee of the future combined company, which will include key senior leaders from DuPont Nutrition & Biosciences and IFF. Additionally, the merger cleared the US regulatory process, followed by clearance from China, Serbia and Colombia. Clearance processes in the remaining required jurisdictions are well underway.

Yum China Holdings inaugurated a new Taco Bell store in Beijing, its first store in the capital city.Agrana approved the closure of the sugar beet factory at the Leopoldsdorf site in Austria following its upcoming beet processing campaign in December. Despite the recent doubts about campaign-based operations in 2020 due to the limited cultivation area, the company notes, this makes commercial sense due to the favorable vegetation conditions and the extraordinarily high yields of sugar beet expected as a result. If assurances of a cultivation area of at least 38,000 hectares are not received by the middle of November, the closure of the Leopoldsdorf site will be unavoidable.

China Xiangtai Food Co, an emerging growth company engaged in the food processing business, announced that its controlled subsidiary Chongqing Ji Mao Cang Feed Co (JMC) has completed approximately US$5 million in sales of soybean meal within one week. The company entered into a purchase contract with China Grain Reserve Corporation’s (Sinograin) Zhenjiang Branch to sell 12,000 tons of soybean meal to Sinograin. Soybean meal is produced by the residue after oil extraction and is used in food and animal feed as a protein supplement.

EnWave Corporation has signed a Technology Evaluation and License Option Agreement (TELOA) with an unnamed European snack company to evaluate the potential commercial use of the EnWave’s proprietary Radiant Energy Vacuum (REV) dehydration technology. During the term of the TELOA, the EnWave partner will pay a monthly evaluation fee and have the exclusive option to license REV technology to produce a variety of premium dehydrated snack products. If commercially viable products are successfully developed, the EnWave partner will leverage EnWave’s patented REV technology to introduce new products into the European marketplace.

Yum China Holdings inaugurated a new Taco Bell store in Beijing, its first store in the capital city. Similar to Taco Bell’s existing stores in mainland China, this new store features many of the brand’s signature menu items, such as nachos, tacos, quesadillas and burritos, some of which have been adapted to local tastes. In addition, customers can also try new menu items developed exclusively for the Chinese market such as the rice bowl, seasoned bone chicken and taco pizza.

In brief: New investment
KOS, producer of plant-based proteins and functional ingredient supplements, has announced the closing of a US$2.1 million finance round led by Springdale Ventures; former Whole Foods CEO, Walter Robb; and Chairman of Austin-based Horizon Bank, Jim Schneider. The new funding will fuel continued innovation, strengthen the brand’s marketing presence in the US and expand distribution into new markets.

In brief: Technology
Oryctes, the world’s first precision spot spraying drone designed for oil palm launched at a MyDroneX Exclusive event held at Futurise, Cyberjaya. The 16L drone, which applies spray fluid with centimetre-level precision at the center of oil palms, was designed and developed by a Malaysian team over a 12months and is the latest development in agrotechnology that capitalizes on advancements in unmanned aerial vehicle (UAV) technology.

In brief: Miscellaneous
KIND Healthy Snacks has announced a commitment to exclusively source its almonds from bee-friendly farmland across the globe by 2025. Almonds are the lead ingredient in most of KIND's 80+ products and the company’s number one ingredient by both volume and spend. As a baseline, KIND is expecting its almond suppliers to reserve 3 to 5 percent of their farmland for dedicated pollinator habitat to support bees, butterflies and other pollinators. In addition, KIND has worked with its suppliers to eliminate any use of neonicotinoids and chlorpyrifos, two pesticide treatments that are thought to be harmful to pollinators. 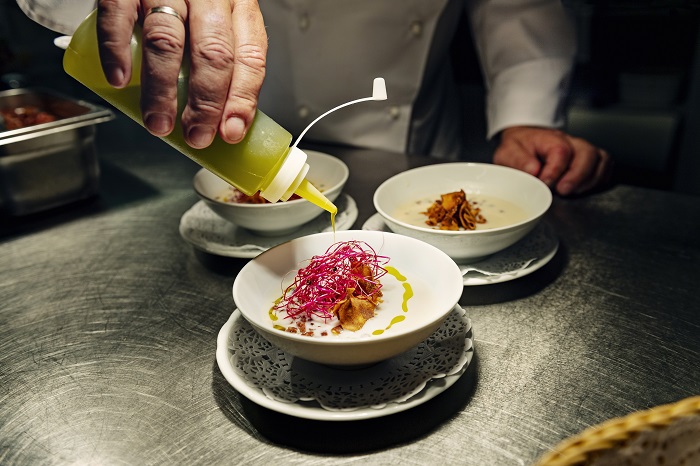 More than 64 million meals have been consumed by diners across the UK since the launch of the government-led Eat Out to Help Out discount scheme.The UK has relaunched its Food Standards Agency’s (FSA) Scientific Advisory Committee (SAC) websites. The refreshed websites and hub are fully accessible, offer improved search functionality and allow for the publication of cross-committee documents being considered by the SACs. The SACs provide an essential part of the UK government’s risk analysis process to ensure food safety and consumer protection.

More than 64 million meals have been consumed by diners across the UK since the launch of the government-led Eat Out to Help Out discount scheme. This continues the upward trend in the scheme’s popularity, with 10.5 million meals claimed for in the first week, growing to a total of 35 million meals in the second.

Arla Foods appointed David Boulanger as its new Executive Vice President, Chief Supply Chain Officer, who joins the European farmer-owned dairy co-operative from Danone where he is currently Senior Vice President of Operations for Danone Specialized Nutrition. Boulanger will be responsible for Arla Foods’ global supply chain organization, which includes all manufacturing, logistics and procurement, with operations in Europe, the Middle East and Africa, North America, China and Southeast Asia.

COVID-19’s knock-on effects have rippled through the F&B industry, with dairy being no exception. FoodIngredientsFirst speaks to key suppliers, who underscore... Read More

The UK government has awarded £19.2 million (US$27.7 million) to the Pathogen Surveillance in Agriculture, Food and the Environment (PATH-SAFE) project. This... Read More