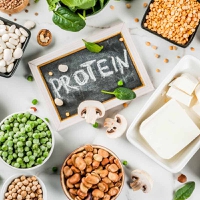 12 Jun 2020 --- This week in industry news, Bühler and Big Idea Ventures joined forces to accelerate the journey of start-ups creating alternatives to animal-derived protein products. Kudos Blends partnered with Tawazon to improve bakery nutrition in the Middle East and UK. Plant-based brand Meatless Farm is set to hit the shelves in Tesco this month amid a boom in meat alternatives. Also this week, the US Secretary of Agriculture applauded the reopening of critical infrastructure meatpacking facilities across the US.

Kudos Blends has announced a strategic partnership with Tawazon Chemical Company, for the distribution of KODA Potassium Bicarbonate and PELL K Low Sodium Baking Powder in the UAE, Saudi Arabia, Oman and Qatar. KODA Potassium Bicarbonate and PELL K Low Sodium Baking Powders help to reduce the sodium levels of baked goods, but they also increase dietary potassium, a mineral that reduces the negative effects of sodium in the diet and supports heart health. Cardiovascular disease (CVD) is the single biggest killer in the Middle East, with more than one-third of deaths attributed to it. The link between CVD and high sodium intake is well established and agreed on by nutritionists around the world. As sodium intake in the region is significantly higher than recommended by the World Health Organisation (WHO), making the switch to low-sodium ingredients supports consumer’s’ demands and needs for healthier baked goods. 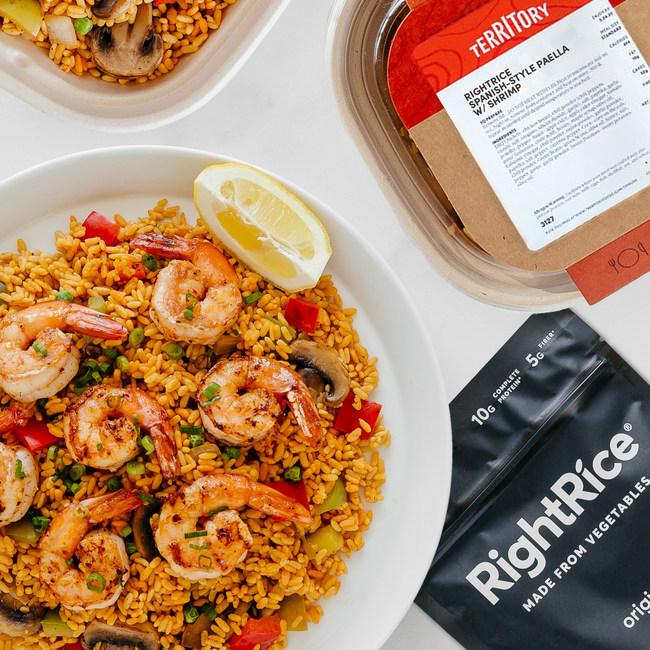 RightRice and Territory Foods have teamed up to bring consumers a new set of plant-forward meal options.Upfield Group, a producer of plant-based margarines, spreads and cheeses has announced its intent to invest €50 million (US$56.5 million) in a state-of-the-art Upfield Food Science Center in Wageningen, Netherlands. According to plans, the facility is expected to open before the end of 2021. It is touted as not only a demonstration of the company’s commitment to the Netherlands, but also as pioneering the development of food made from plants and sustainable packaging solutions. By choosing Wageningen as the location of the new Upfield Food Science Center, the company will be able to maximize the benefits of the surrounding area including its proximity to The Wageningen University & Research (WUR), which is ranked as a leading University in Agri-Food and serves as the core of a leading Agri-Food Ecosystem.

In brief: NPD and launches
UK plant-based brand Meatless Farm is set to hit the shelves in Tesco this month, amid a boom in interest for alternative meat products. From June 17, its plant-based mince, two-pack fresh burger patties and six-pack of sausages will be available in 117 of Tesco’s largest stores. The new listing comes at a time of huge consumer change and demonstrates a crucial moment for Meatless Farm, which is now stocked in all four of the major UK supermarket chains: Tesco, Sainsbury’s, Morrisons and Asda. “Tesco’s reach means that more consumers will have the chance to try plant-based alternatives and start to make small changes to the way they eat. With more and more people swapping to meat-free, added to our constant focus on innovation, health and sustainability, Meatless Farm is well-positioned to continue growing at a phenomenal pace,” says Morten Toft Bech, Founder of Meatless Farm.

RightRice, a San Francisco-headquartered rice brand, is partnering with Territory Foods, the nutritionist-designed, chef-crafted meal delivery service. RightRice and Territory Foods have teamed up to bring consumers a new set of plant-forward meal options when more people than ever are searching for convenient and healthy meals delivered right to their door. The partnership will kick off with two alternatives to traditional paella that are available in seafood and vegan options: RightRice Spanish-Style Paella with Shrimp and Vegan RightRice Spanish-Style Paella with Mushrooms. GimMe Sushi Nori 50 Sheets

GimMe Snacks has launched its new GimMe Sushi Nori 50 Sheets – the latest addition to its existing product line of roasted seaweed snacks, big sheets and Sushi Nori 9 Sheets. The sheets are made with 100 percent Organic Roasted Seaweed and are gluten-free, vegan, keto and paleo diet-friendly, Whole-30, with zero calories and zero net carbs. GimMe Snacks’ Sushi Nori sheets are premium restaurant quality and made from the highest-grade organic seaweed.

Researchers at Finland’s Aalto University have developed and tested a pilot app to help consumers evaluate their shopping choices and offer new insights about the... Read More