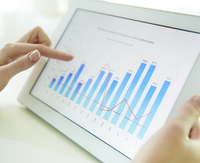 02 Feb 2018 --- This week in business Mondelēz reported good results for Q4, Comax announced company plans to expand its team and Campden BRI expanded its microbiology facilities. Kraft Heinz made changes to its Board of Directors and the Chief Financial Officer at PureCircle was shortlisted in the Finance Director of the Year category at The Grant Thornton Quoted Company Awards.

In brief: Results
This week in business, Mondelēz International reported better-than-expected results for the fourth quarter, boosted by growing sales of signature brands outside of the US. The company reported a profit of US$802 million, which is 53 cents a share, up from US$93 million, a year earlier. On an adjusted basis, the company's earnings raised to 57 cents a share from 44 cents, while revenue rose 2.8 percent to US$6.97 billion.
In brief: Appointments, retirements and recognition
Comax Flavors has expanded its team with two new hires: Stacey Kelly and Lena McCarthy. Michael E. Crain, Senior Flavor Chemist, at the company said: “We're excited to welcome Stacey and Lena to Comax’s family. Stacey’s creative product development experience and Lena's regulatory experience will be an asset to Comax as we continue to grow.”
EDME, a food ingredients company, appointed Metin Fevzi as Managing Director. Before joining EDME, Fevzi has had prominent ops roles in Arla Foods, Greencore Group, Premiere Foods and Alpro.
In the same week, Kraft Heinz announced that, after years of distinguished service, Mackey McDonald, 71, will retire from the Company’s Board of Directors following the end of his term at the upcoming Kraft Heinz 2018 Annual Meeting of Stockholders. The company also announced that the Board of Directors has nominated George Zoghbi to stand for election at the 2018 Annual Meeting.
Elsewhere, Rakesh Sinha, Chief Financial Officer at PureCircle, was shortlisted in the Finance Director of the Year category at The Grant Thornton Quoted Company Awards.
In brief: Other highlights
Campden BRI opened a new suite of laboratories to support its microbiology process hall facilities. The suite will be dedicated to studies on heat resistance microbiology, challenge testing, heat process optimization and validation investigations for the development of new products, processes and technologies. This expansion of the microbiology facilities at Campden BRI follows the opening of the microbiological process hall in 2014.
“The Wonder of Us” takes Coca-Cola’s One Brand Strategy to America’s biggest advertising stage. The ad is the first in a series of national television spots that will air this year to bring to life the brand’s new “A Coke for Everyone” platform. The platform is the latest creative iteration of The Coca-Cola Company’s global One Brand strategy, where the company’s namesake beverages, including Coca-Cola, Coca-Cola Zero Sugar and Coca-Cola Life, are united together as a single trademark brand.

As healthy indulgence trends continue to gain traction, a new report reveals that 85% of chocolate and candy sold today in the US comes in packaging that contains 200... Read More