You are in : All News > US scientists sniff out aroma perception pathways for enhanced food flavors

20 Jul 2021 --- Researchers are exploring how the route an aroma takes to the olfactory system – through the nose or the back of the throat – influences the person’s response to the scent. They are also examining how information about a scent – such as knowing its name – impacts perception. Scientists at The Ohio State University, US, hope to eventually use this information to enhance flavor development to make healthier and nutritious food more appealing to the senses.

“A better understanding of these mechanisms could give us another way to modulate flavors and to modulate food-related experiences,” says Christopher Simons, associate professor of food science and technology at The Ohio State University and senior author of the study.

“It’s hard to understand what people experience, and we don’t have access to the brain to see exactly what is being perceived. But if there are ways to influence that perception, that might be a way to get people to eat healthier.” 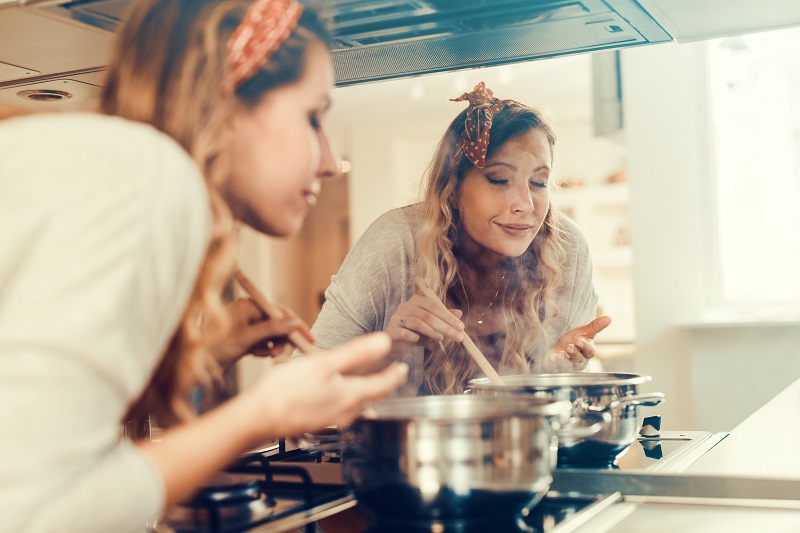 Aromas were best matched when introduced in the same way, either by sniffing them in a vial or drinking them in a solution.The duality of smell
Simons and colleagues wanted to test the theory known as the “duality of smell,” which posits that smell perception depends on which path it takes to get to the olfactory system.

The theory has been supported by tests of food flavors that are usually put in the mouth. In this study, the researchers used the floral scents rose, lavender, honeysuckle or jasmine, rather than food flavors.

When participants were asked to match a known scent, such as rose, with one of four unknown scents, they did best when the aromas were introduced in the same way, either through sniffing them in a vial or drinking them in a solution.

When the routes of delivery differed, participants made more mistakes, meaning there was something about those delivery systems to the nose that altered their ability to recognize similar scents, thereby supporting the duality of smell hypothesis.

Researchers think cognitive interference from the brain’s language centers impacts how people identify scents.Word perception plays a role
The scientists were most surprised, however, to find that participants were also better at matching aromas when the reference scent – the one they sought to match – was not labeled with its familiar name.

The less they knew about the reference aroma, the higher their chances of correctly identifying a match – a finding that suggests aroma detection involves learning, memory and cognitive strategy.

“If I say ‘rose,’ there’s information that will affect the way you process and smell those aromas. When there’s no identifying information, what you have to do is profile – smell it and find something distinguishing about that particular aroma. That’s much harder than knowing what you’re looking for,” Simons explains.

“We think there’s cognitive interference from the language centers that impacts how people do this matching and searching test. Fundamentally, it means you have exactly the same stimulus that activates exactly the same receptors, and you can’t make a match – that’s fascinating.”

Flavor-forward studies
Simons is interested in repeating this kind of test with unpleasant aromas to see if the theory holds up. He also hopes to conduct experiments that could reveal whether our genetic makeup or the array of microbes and enzymes in our noses and mouths hold secrets to why the duality of smell exists in the first place.

The study is published in the September 2021 issue of the journal Physiology and Behavior.

Capitalizing on scent innovation, Symrise recently upgraded its Ingredient Finder, which is now able to sift and sort through specific aroma molecules.

In June, Firmenich launched a heat-induced aroma for plant-based proteins, which triggers familiar scents at the moment consumers would expect when cooking real meat.