You are in : All News > TV Chef Jamie Oliver Launches Petition For Sugary Drinks Tax 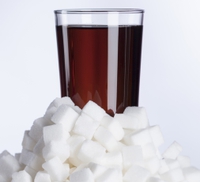 07 Sept 2015 --- Jamie Oliver and campaign group Sustain have launched a petition calling on the UK government to urgently introduce a sugary drinks tax. If over 100,000 people sign the petition then the Government must consider debating the issue in parliament.

According to Sustain, doctors, dentists, dietitians and many other public health experts support a tax of just 7p per regular-sized can (20p per litre) of soft drink with added sugar. This could generate £1 billion per year which Oliver and Sustain believe should be ring-fenced to support much needed preventative work around childhood obesity and diet-related disease, and improving the environment they grow up in.

Jamie Oliver commented: “I’ve spoken to some of the brightest people in the medical world over the last few years and they all agree that action is urgently needed if we don’t want the NHS to crumble completely because of the costs of diet-related disease like type-2 diabetes.  One doctor recently told me that diet-related disease is one of the defining crises of our time.  We need the government to step up.”

Following the launch of his documentary Sugar Rush, Jamie and Sustain have also set up a Children’s Health Fund. The aim of the fund is to get restaurants and cafes to volunteer to put a 10p levy on their soft drinks with added sugar. The funds raised from the levy in participating restaurants will go to children’s health and food education initiatives. Jamie’s UK restaurants now all carry the levy, including his 41 strong group, Jamie’s Italian. Naturally fast food chain Leon, which began with a mission to bring good food to the high street, has already signed up, and other restaurants are in final discussions.

John Vincent, Leon co-founder and CEO, explained “Since we started Leon in 2004 we have been helping people eat a diet low in sugar. In that time, we’ve seen people and companies become even more addicted to the white stuff. It’s a human crisis as well as an economic one. I hope Leon is the first of many restaurants to join Jamie in adding a 10p levy to sugary drinks and create this positive change. We’re very interested to hear our customers’ views on whether this is the right way to do so.”

Sugary drinks are often high in calories but of limited nutritional value, and many health experts are increasingly concerned about their contribution to weight gain and type-2 diabetes. Terrifyingly, one third of our kids now leave primary school overweight or obese. Tooth decay is the most common reason that children aged five to nine are admitted to hospital - 26,000 a year for multiple extractions under anaesthetic - and type-2 diabetes is costing the NHS around £9 billion a year.

Ben Reynolds, Sustain, added “We want everyone to sign this petition to get Government to take action and introduce this duty on sugary drinks. In the meantime while they are dithering, we are really excited that the restaurant sector is taking the lead, showing that it can be done, and we are pleased to be helping them to set up the Children’s Health Fund to make sure that the money raised will make a difference to children across the UK.”

Not everyone in the food industry is keen on the petition or a tax on sugary drinks. Ian Wright, Director General of the Food and Drink Federation, said: “We applaud Jamie Oliver's personal commitment to improving public health. Most of us in the food industry have a similar commitment. We agree that change is needed.

“I do find it inconsistent that the Jamie Oliver Restaurant Group and Leon Restaurant Group, neither of which provide nutrition labelling on in-store menus or support Government's drive to reduce calories, have chosen to tax customers choosing soft drinks.

“Additional burdensome taxes on foods or drinks, on top of the already enforced 20% VAT on many foods and drinks, would be regressive, ineffective and unworkable. They are rejected by the public. This complex challenge needs a complex solution, one which involves and empowers people, not taxes them.

“Leading health experts and UK Government support a comprehensive approach to tackling poor health, including balanced diets and physical exercise. Reports suggest that the documentary over-simplifies the obesity challenge which is far more wide-ranging than any single ingredient, food or drink,” he concluded.

The petition can be found here: childrenshealthfund.org.uk.

As the climate race reaches a critical apex, knowledge sharing between industry stakeholders offers significant leverage along the roadmap to decarbonization. To... Read More

The UK Food and Drink Federation (FDF) has reignited stark warnings over escalating food prices if manufacturers are forced to absorb the cost of proposed government... Read More