You are in : All News > The Brexit cliff-edge: “No-deal” worries grow, but what does it mean for food?

The Brexit cliff-edge: “No-deal” worries grow, but what does it mean for food? 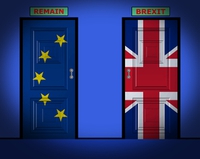 27 Aug 2018 --- The UK government has published the initial list of no-deal technical notices which detail what industry should do in the worst case scenario when Britain exits the European Union. Designed to allay the substantial concerns about prices rises, food shortages, EU workers, trade barriers, border chaos and much more, the first batch of notices set out advice for people and businesses should the UK crash out of the EU without a deal, but the list doesn’t seem to have quashed the concerns of industry as government officials expected, but instead fanned the flames even more as the Brexit deadline looms.

“While these notices are an essential part of government’s plans for preparing for all outcomes, they serve as a sobering reminder of what is at stake for farmers in the event of a no deal,” she says.

“The technical notice for organic farming is a warning for us on the future of trade of all agri-food products - if all these products were subjected to the same problems in approvals and certification then this could result in effectively a trade embargo on exports to the EU. Not only would this be hugely disruptive but it threatens livelihoods and businesses in the UK.”

“The absolute priority for the NFU continues to be that we maintain free and frictionless trade with the EU. Sixty percent of UK food, feed and drink exports were to EU countries and 70 percent of our imports in these products were from the EU. This trading relationship is worth £45.5bn (US$58.5 bn).”

“We look to government to clarify the vital issue of trading with the EU for the farming sector in the remaining technical notices due to be released. While we believe that a deal is the most likely outcome to the ongoing negotiations between the EU and UK, we urge both sides to find pragmatic solutions to the issues still outstanding between them. A no-deal outcome would be the worst possible one for the farming industry.”

The NFU says its policy experts are examining the notices already published in order to provide specific analysis on what they mean for farming and for our members.

The UK government say to expect more technical notices to be published in September.

Other reaction from industry
The UK food and drink industry need help to “turbocharge” the sector’s exports and restore productivity levels to avoid falling behind other European countries once Britain has left the EU. That was the official message coming from the Food and Drink Federation (FDF) in July when it published an industry-wide report highlighting the key growth opportunities for the food and drink industry.

The FDF said the report comes as the industry faces “unparalleled” challenges in the coming years as the market environment remains uncertain, largely as a result of Brexit. The FDF realizes there are huge opportunities for the British food and drink sector, but the key is to identify and harness the industry’s growth potential and improve productivity.

Now, the FDF says that publishing the set of “no-deal” Technical Notices is a “laudable decision” but adds they confirm what “a grisly prospect” for UK food and drink a no-deal exit from the EU would be.

“There is no sign of further progress on negotiating frameworks with the devolved administrations. There is no substantive information on mitigating the effect of ‘no deal’ on the island of Ireland, where the implications would be most significant,” says chief executive, Ian Wright.

“Specifically for food, today's notice about organic food certification makes clear that UK organic exporters may face a ban on their exports to the EU for at least nine months after a no-deal exit, while new approvals for certification are sought. These issues apply far more widely than just organic food – any UK food that currently displays EU marks or logos will be in the same boat.”

Wright also casts doubt on the UK Government ability to replace TRACES in time for the end of March and claims “the new burdens potentially facing food and drink exporters and importers set out will frighten many SME food businesses.”

“The piecemeal release of these notices indicates that many are not yet ready and agreed for publication. That hardly inspires confidence. As the consequences of a no-deal exit from the EU become ever clearer it is vital that to protect the interests of shoppers and consumers, the Government must deliver a deal with the EU.”

The British Retail Consortium has a similar response with Helen Dickinson, Chief Executive, emphasizing that securing a deal is essential for UK consumers and the importance of avoiding a cliff-edge scenario.

“Businesses can only plan based on the facts and securing a deal with the EU is essential to provide certainty and to protect UK consumers. Our food supply chain, in particular, is fragile and based on just in time principles, ensuring efficiency and economies of scale, bringing huge benefits to the British shopper,” she says.

“Any delays caused by increased red tape will have a serious impact on over one-third of our food imports. The Government's technical notices demonstrate the facts of a No-Deal Brexit – reduced availability and higher prices of food and medicine, increased delays and red tape at borders and a VAT bombshell for consumers and businesses.”

“EU and UK negotiating teams must deliver a Withdrawal Agreement in the coming weeks to avoid the severe consequences that would result from a cliff edge scenario next March.”