You are in : All News > Symrise Climate Strategy Approved by “Science Based Targets Initiative” 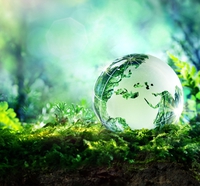 07 Jul 2017 --- Sustainability has a high priority at Symrise – from resource-conserving and low-emission production methods and preserving biodiversity to supporting social equality. In pursuing these goals, the company has once again set itself lofty climate goals. Symrise was able to achieve these ahead of schedule in 2016.

Now Symrise is taking things a step further. The Holzminden-based company is setting itself ambitious goals once again in order to fulfill its aspiration of meeting the demands of international climate researchers and to comply with the resolutions of the UN Climate Conference COP 21 in Paris.

The Science Based Targets initiative by Carbon Disclosure Project (CDP), UN Global Compact, World Resources Institute (WRI) and WWF aims to raise the level of corporate climate protection and to also make it easier to assess. Time is running out, after all. If global greenhouse gas production continues on its present course, the average global temperature will increase by up to 4.8 degrees Celsius – which would have devastating consequences for planet earth.

The Science Based Targets initiative aims to motivate companies to set themselves ambitious climate goals in order to stop this trend and limit global warming to two degrees Celsius at most. To do so, the initiators have developed the sector-based decarbonization approach (SDA). This is a new method in which players in each sector set their goals in accordance with scientifically based climate research for a period of time until 2050, allowing them to effectively counteract climate change. More and more companies around the world are setting science-based targets for themselves – but the list of German companies is rather short.

“Symrise is one of the first German companies to apply for science-based targets,” said Dr. Helmut Frieden, Corporate Sustainability at Symrise. “We are even prouder that those running the initiative agree that the goals we have laid out are right and have approved them.”

Lila Karbassi, Chief of Programmes at the UN Global Compact - a Science Based Targets initiative partner, said: “It is encouraging to see companies such as Symrise set industry-leading targets to cut emissions. By ensuring targets are aligned with the goals of the Paris Agreement, Symrise is demonstrating to investors, customers and policymakers that they are preparing to transition to the low-carbon economy while future-proofing growth.”

Working in Line with UN Climate Convention
The sustainability experts at Symrise defined the 2016 greenhouse gas emissions for the entire supply chain for the application process. Based on these, they developed concrete goals for the company’s production, which they then presented to the initiative’s steering committee for validation. Symrise is thus committing to reducing its greenhouse gas emissions by 17.5 percent by 2030. In addition, Symrise wants to ensure that suppliers who provide at least 80 percent of the entire purchasing volume of raw materials commit themselves to their own climate targets and reduction measures. In doing so, Symrise is a role model in terms of climate protection in Germany and is acting in accordance with the resolutions of the UN Climate Conferences COP 21 in Paris and COP 22 in Marrakesh.

Symrise supplies fragrances, flavors, food, nutrition and cosmetic ingredients around the globe to manufacturers of perfumes, cosmetics, food and beverages, pharmaceuticals and producers of nutritional supplements and pet food. Its sales of approximately € 3.4 billion in the 2019 fiscal year make Symrise a leading global provider. Headquartered in Holzminden, Germany, the Group is represented by more than 100 locations in Europe, Africa, the Middle East, Asia, the United States and Latin America.

21 Aug 2020 --- The Latin American (LATAM) market is beginning to ripen in its demand for naturality in F&B products, which extends opportunities for organic and free-from... Read More