You are in : All News > SPECIAL REPORT: Crisis in the Vanilla Market 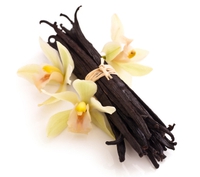 17 Oct 2016 --- It's no secret that vanilla production is vulnerable to many risks. The list includes diseases, weather conditions, lack of genetic variability, political instability, theft, early picking, packing in vacuumed packages, lack of sustainability, control by regulations, a need for intensive cultivation and farmer organizations in cooperatives.

Writing in The World of Food Ingredients in March 2016, Daphna Havkin-Frenkel, Ph.D.; MBA is Director of Research and Development at Bakto Flavors, LLC. explains: “This complexity results in low prices for producers, high prices for consumers and a rollercoaster for the flavor business, in what has turned into a casino-like market. As a result, bean quality is going down and prices are going up at an alarming rate. If vanilla is to remain the most popular and widely used flavor, this situation will have to change. These are the reasons why the industry is looking for alternatives to natural vanilla, predominantly vanillin from natural sources and natural flavor from other natural sources which taste similar to vanilla.”

Vanilla is one of the world’s most popular and expensive spices and Madagascar has a long producer history, but this has often been hampered by unsustainable practices, volatile markets and a lack of financial support. Madagascar has approximately 80,000 vanilla producers, the vast majority of which are smallholder farmers located in the SAVA region in the northern part of the country.

The volatile vanilla industry in Madagascar has been given a huge boost recently by a joint partnership between world leader in cocoa and chocolate production Barry Callebaut and premier manufacturers of vanilla extract, Prova. The two big players 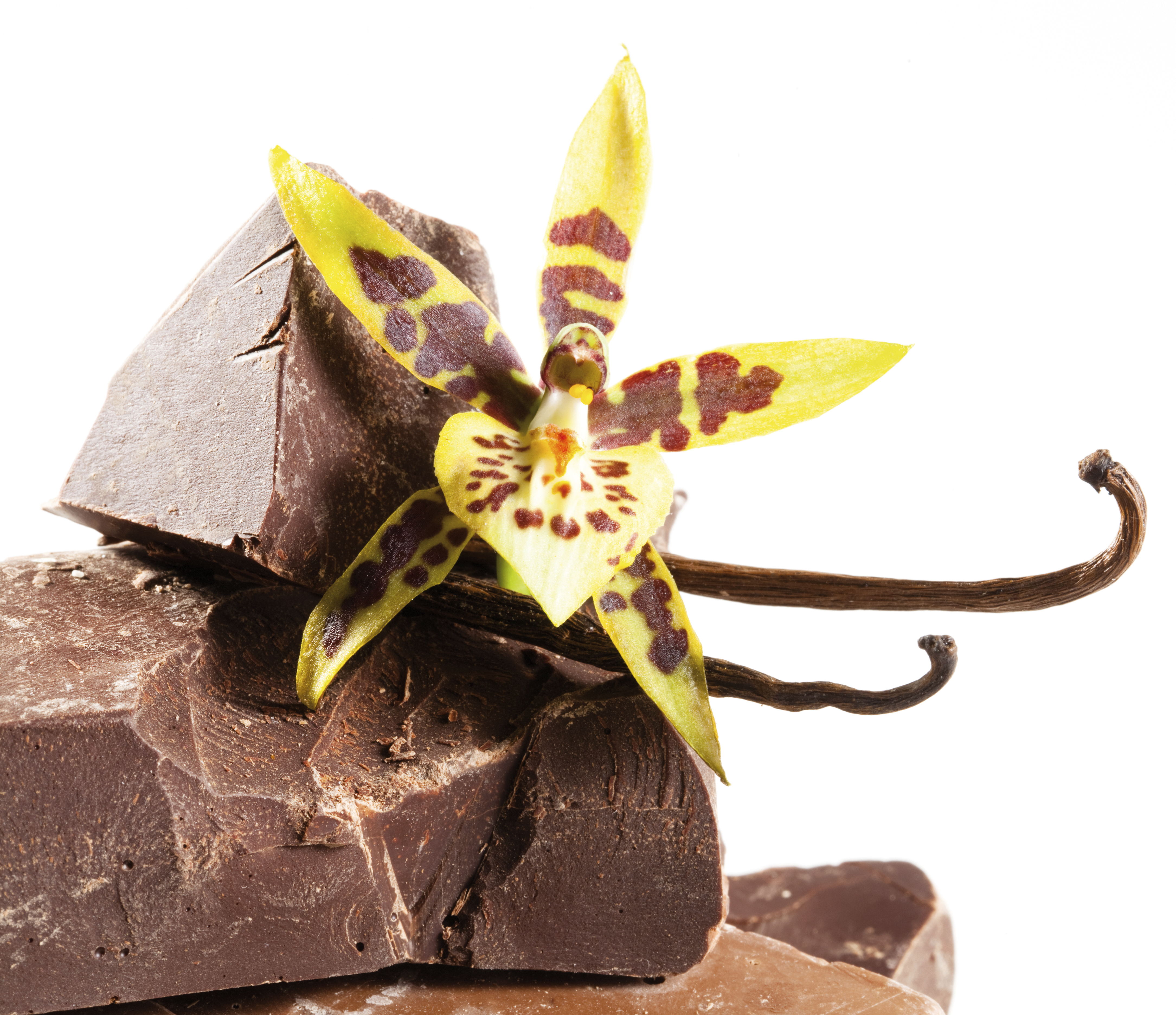 Click to Enlargeare joining forces to launch a novel project in Madagascar, a key producer country of vanilla. Through the new project, the involved parties also aim to anticipate future phases with lower vanilla market prices and protect the economic situation of the local vanilla producers.

“We are very happy to partner with Prova on this exceptional project,” said sustainability manager global sourcing at Barry Callebaut, Oliver von Hagen. “Vanilla is a key ingredient for us when making chocolate. This project will support farmers in being prepared for a less favorable future vanilla market. It also helps us as a company, securing a significant amount of our vanilla needs from a sustainable source.”

Alessandra Ognibene-Lerouvillois, Chief Sustainability Officer at Prova commented on the partnership, saying: “A tangible benefit to Prova’s vanilla business is that with a second source of income, vanilla farmers will be less likely to harvest the vanilla prematurely, which yields less than ideal quality vanilla, so the market has a chance to rebound.”

Earlier this month, International Flavors and Fragrances (IFF) announced the completion of the acquisition of  David Michael & Company, Inc, who are well-known in the industry for its vanilla expertise, strength in the Dairy and Beverage categories, and relationships with dynamic, faster-growing middle-market customers. IFF will begin the process of merging David Michael and IFF-Ottens Flavors, acquired in 2015, to further reinforce its differentiated service model in the US for middle-market customers, thus driving growth and strengthening its North American flavors business.

He also said: “The addition of David Michael to our portfolio gives us a meaningful position in the world's most beloved flavor tonality, vanilla.”

Despite the commitment of the market for sustainable vanilla, Prova observes that those prices are getting close to the point where end users will consider switching to lower cost alternatives. Speaking with FoodIngredientsFirst, Ognibene-Lerouvillois of Prova, said: “It is naïve to believe that demand will remain unchanged no matter how high vanilla prices rise to. The last time vanilla bean prices got this high in 2002-2004, the global demand for vanilla beans decreased by 40-45% setting the stage for many years of unsustainable low prices to go back to the pre-crisis demand. However, although the sharp price rises are almost as steep as those seen a decade ago, for its part the context is very different.”

Because of the large number of players focusing their purchase on green vanilla beans (as an effort to guarantee a stable rate of vanillin, and avoid contamination), this leads to creating a huge pressure on the green vanilla over a short period of time, therefore translating into prices going through the roof for the cured vanilla.

“In addition, there is a strenuous effort to keep the market as high as possible at the moment,” explains Ognibene-Lerouvillois, “At this stage of the market, people who have made commitments to high prices do not want to see prices falling in the next few months. Even though we all know that such prices are unrealistic and they will be possibly responsible for “killing the demand” in the future. Unfortunately, on the ground there are more sellers than buyers, but prices are still at abnormal levels.”

With a long-established presence in Madagascar over the past forty years, MANE has developed an exclusive 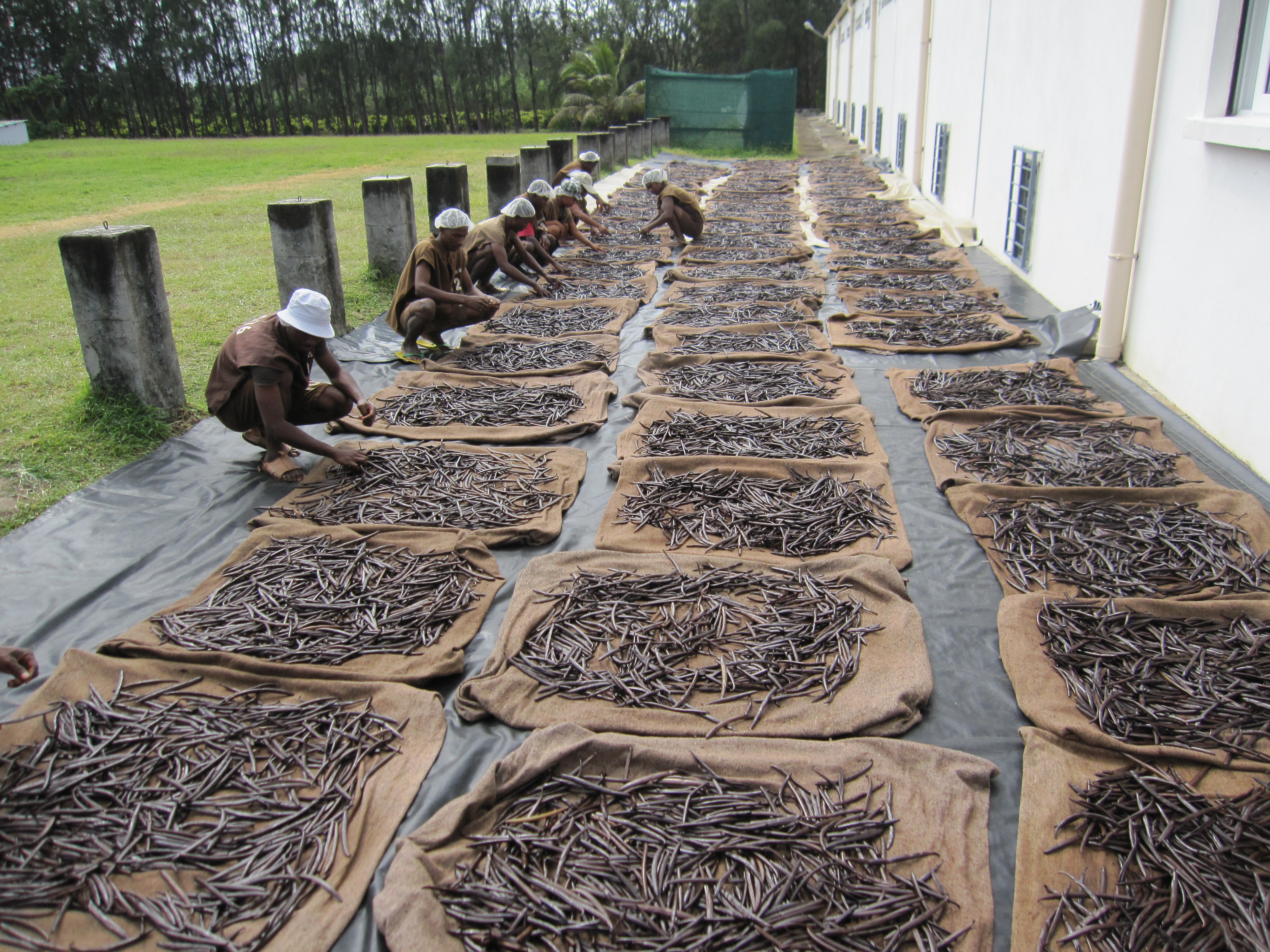 Click to Enlargepartnership with a locally owned plantation and a network of farmers communities (MANE vanilla communities) supported by a comprehensive management scheme including governance, finance and assistance components.

Speaking with FoodingredientsFirst, Dominique Delfaud, Director of Market Intelligence and Strategic Development at MANE says: “Natural vanilla will keep growing, contrary to what happened in 2003, the previous vanilla crisis, where the players switched to non-natural because of the price of natural vanilla, this time we see that the demand is steady despite the price,” explains Delfaud.

MANE is a family owned and governed company with a long term and sustainable vision of customer and supplier relations. We were the first flavour house to establish a vanilla plantation in Madagascar in 2000, acknowledging the fact that we needed more control over the sourcing of this very strategic and highly speculative raw material. The plantation is pivotal to mitigate the effect of the current crisis and deliver the quality expected by our customers. When the pressure on vanillin content grows, as this is the case now, due to improper practices in harvesting and curing, MANE keeps vanillin content as part of our specifications in a transparent approach with our customers.

We will keep working with our Malagasy partners and strengthen our sustainability actions locally in a continuous improvement approach. Madagascar grows 80% of the vanilla beans globally. The Madagascar origin and Bourbon Islands origin (Bourbon Islands being the archipelago including Madagascar) are widely recognized and appreciated by consumers in Europe. Nevertheless, the market dependency on Madagascar is an aggravating factor to recurrent speculations. MANE is currently accelerating sourcing programmes from other origins, including varietal research, vanilla planting and local community work.

What is the outlook for the vanilla market?
“Prices upon harvest have continued to rise since the beginning of the season, boosted by speculative effects and by purchasing pressure that remains very strong,” claims Ognibene-Lerouvillois. 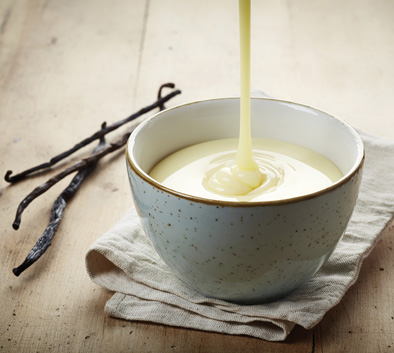 Although some observers, who are in a minority, maintain that a slowdown in prices, or even a fall, might be seen at the time of the bulk season (between September and December), Prova unfortunately remain rather skeptical about this assumption. In fact, as the intermediaries have bought green vanilla at prices that were already very high, they will need to cover their costs, and make a profit on their investments. The current price of green vanilla is compounded by the drying yield (you need between 6 and 7 kg of green vanilla to produce 1 kg of cured vanilla), as well as by the expenses and profit margins.

Several factors could cause the market trend to reverse in 2017, including a mechanical drop in global demand, following changes in formulas by the end-users, and increased production capacity, which relates to the new plantations that have already started up in Madagascar and in other regions.

This trend will be even more marked in 2018, when we should see a steeper fall in prices, and a return to quality. Having said which, factors beyond our control, such as the 2016 flowering period, the cyclone season in Madagascar (between February and April), and then the country’s presidential elections in 2018, could still have an impact on this outlook.

Verlaque notes: “The present prices reflects the fact that vanilla is a highly speculative spice growing primarily on one of the poorest islands in the world, Madagascar. The demand for natural vanilla seems to remain strong for the time being. As the supply will evolve and adjust to the demand, the market will come back to more sustainable prices.”

So the question is, what can we do about it? The answer is two-fold and requires vanilla companies to work together. PROVA supports farmers on the ground. Its sustainable vanilla program VDB (Vanille Durable Bemanevika) is addressing the root causes of the precarious living conditions. “Our actions contribute to improving livelihoods by increasing farmer income through better vanilla bean quality, higher yields, increased proportion of cured vanilla sold, and diversification into other crops. In addition, we are also investing in the community’s life by supporting local initiatives,” explains Ognibene-Lerouvillois.

“However, due to the challenging environment, companies doing business in Madagascar’s vanilla industry have to come together and speak a unified voice and act as a unified organization “real change becomes possible,”” concludes Ognibene-Lerouvillois.

Founded in 1946, Prova has a rich and long family history.

Prova consolidates its position as an expert in sweet brown flavourings for the food industry. vanilla, cocoa, coffee, and a large palette of Gourmet Notes stand as the core of Prova’s signature.

Thanks to a careful selection of raw materials and innovative extraction methods, flavors provided by Prova are recognized worldwide for their quality and authenticity.

Today this unique positioning is reflected by a motto, “Savoir Extraire l’Essentiel” (knowing how to extract the essential). More than just a signature, a desire to reveal the very essence of its activity: the essential of taste.

06 Jul 2020 --- The COVID-19 pandemic has affected all areas of the F&B industry, reshaping shopping habits, diets, and leading to shifts in purchases and what people consume.... Read More

29 Jun 2020 --- The Institute of Food Technologists (IFT) has transitioned its annual event and food expo to a virtual platform due to COVID-19. In line with this move, the US... Read More