You are in : All News > Oatly and Yeo’s US$30M partnership to produce vegan milk for Asia

29 Mar 2021 --- Yeo Hiap Seng, a company that has been manufacturing plant-based products for more than a century, is to produce one of the world's most popular brands of dairy alternatives from its Singapore factory – Swedish oat milk brand, Oatly.

Yeo’s and Oatly will jointly invest US$30 million toward the investment of equipment and facility.

This will be the first time Oatly’s products will be produced outside Europe and North America.

Yeo's will manage, run and maintain the new facilities, which will see both parties undertaking end-to-end manufacturing for Oatly products destined for markets across Asia. 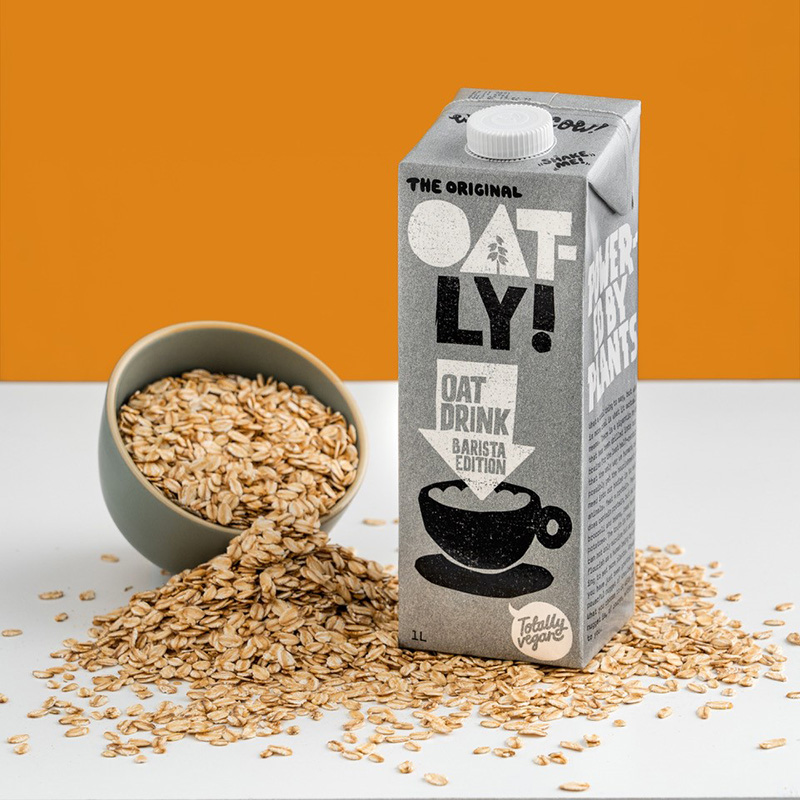 Production will begin in the second half of this year, with the oat milk earmarked for China and subsequently for the rest of Asia.

According to the company, working with TetraPak will cement Yeo’s status as a high-tech and sustainable food and beverage manufacturer in the years to come.

The partnership will provide Yeo’s with another growth driver in the fast-growing plant-based milk segment and complements its leading position in the region’s soy milk segment.

Oatly, founded by brothers Rickard and Björn Öste in the 1990s, uses patented enzyme technology to turn fiber-rich oats into food products such as oat milk, “oatgurt” and ice cream.

“This strategic partnership positions both companies to tap the surging demand in this region for plant-based dairy. Yeo’s has a long history of product innovation, and we are already a key player in the dairy alternative segment via our soy portfolio. We believe that this segment will continue to grow exponentially as consumers become more aware of the impact of their food and beverage choices on their health and the environment,” says Yeo’s Group CEO Samuel Koh.

Oatly counts investment manager Blackstones and celebrities such as Oprah Winfrey, Jay-Z and Natalie Portman among its investors.

"We’ve taken the first official step toward pursuing a potential IPO by submitting a confidential F-1 registration statement with the Securities and Exchange Commission (SEC) in the US. And due to the confidentiality of the process, we can’t elaborate any further,” Linda Nordgren, Oatly communication manager, told FoodIngredientsFirst at the time.

Oatly is also on-track to build the world's largest plant-based dairy factory in the UK, which is expected to produce 300 million liters of oat milk a year, rising to 450 million annually.

Oatly is sold in more than 50,000 locations in 20 countries in Europe, the US and Asia. It was launched in Singapore last year and sold in supermarkets and online retailers.

“This collaboration between Yeo’s and Oatly is an example of a strategic cross-border partnership that capitalizes on complementary capabilities among different players in the food ecosystem, which we hope to see more in Singapore,” adds Johnny Teo, executive director for Food, Healthcare and Biomedical, Enterprise Singapore.

“We are also heartened by Yeo’s efforts to constantly innovate and sharpen its competitive edge as a Singapore beverage manufacturer, and are glad to have been part of its journey in attaining this significant milestone.””

The Oatly partnership will initially create more than 50 new jobs at Yeo’s, and the capital investment will be funded from internal reserves.

Koh, who took over the helm at Yeo’s a year ago, adds that demand for healthier and more sustainable choices had seen its core soy milk and chrysanthemum teas business growing in the second half of last year despite the impact of the COVID-19 pandemic.

Yeo’s will accelerate the innovation and rollout of new and healthier products. In the past few months, the company has introduced several variants of its popular Chrysanthemum Tea with reduced sugar, no sugar, with honey and with wolfberries.

Oat milk producer Oatly has entered into a long-term strategic hybrid partnership with Ya YA Foods Corporation, an aseptic food and beverage product manufacturer. The... Read More

Oatly has trimmed its full-year guidance following a less-than-expected quarterly revenue loss. The oat milk brand, which went public in May of last year, is now... Read More

There is an increasing need to improve on nutrition and sustainability credentials in plant-based beverages, with both aspects playing a bigger role in consumers’... Read More