You are in : All News > MEPs Vote to Axe Nutrient Profiles Angering Consumer Groups 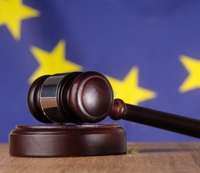 15 Apr 2016 --- The European Parliament has voted to scrap a requirement to write nutrient profiles which decide which foods can promote nutrition and health claims.

Some food companies and consumer groups have been angered by the decision.

MEPs voted to axe the requirement arguing that it was unnecessary, as food companies will have to ensure the information appears on packaging under the EU food information to consumers (FIC) regulation.

The vote saw 402 members vote for and 285 against scrapping nutrient profiles. Those voting for it to be scrapped cited “the serous and persistent problems” involved in its implementation.

The vote formed part of the Regulatory Fitness and Performance Programme (REFIT) which looks at reducing EU regulatory framework and cutting red tape.

Nutrient profiling helps the EU decide what health claims can be made by food manufacturers.

However, the vote on nutrient profiles still has some way to go before it is fully implemented.

Baby Milk Action, the campaigning group, is one campaigning group which wanted the existing system to remain in place, arguing that it led to a more robust regulatory framework. It said that nutrient profiling helped reduce health claims which it helped independently substantiate.

Nestle said it would continue to back nutrient profiles.

It said: “We encourage the commission to continue with the implementation of the current nutrition and health claims regulation, including nutrient profiles. An EU level playing field will support industry to invest in innovation on nutrition, leading to overall greater consumer wellbeing.”

BEUC was also angered by the vote and said it would hurt consumers.

European politicians have unanimously got behind proposals to seriously cut food waste across member states with “ambitious” targets to halve the 88 million... Read More

European politicians voting on a report calling for measures to ensure a sustainable palm oil industry have branded large parts of the global production of the... Read More

MEPs will debate a report calling on the European Commission to take measures to phase out palm oil in biofuels and a single certification scheme for the commodity to... Read More