You are in : All News > Kirin Beverage will be “synonymous with immune care” in 2022 business strategy 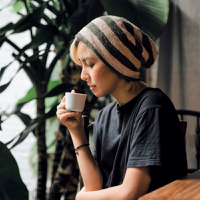 27 Jan 2022 --- Kirin Beverage’s newly released plan for this year centers around a rising emphasis on health and wellness among consumers, indicating the brand is shifting away from its traditional beverage lineup. Key areas of focus include sustainable branding and strengthening its information channels to  “instill an ‘immune care’ habit in consumers.”

The Japan-based company also aims to strengthen its image within the domain of health science.

Kirin Beverage says it will do this by transforming its branding into that of a health beverage company catering to consumers’ wellness concerns, while still leveraging its traditional beverages.

The company says to support this, it is launching its Kirin iMuse Morning Immune Care probiotic drink across Japan in March to help consumers develop healthy morning routines and strong immune systems.

Kirin tells NutritionInsight, “It is commonplace for many Japanese consumers to drop by a convenience store or supermarket to pick up small health-related drinks like drinkable yogurts, etc. We think we can instill this habit by providing similar products with immune care functions.”

Showcasing Kirin’s sustainability potential
One of Kirin’s key aims in 2022 is cultivating a sustainable image for its Kirin brand beverages.

“In 2022, we will continue to work on ‘purpose branding’ and evolve health and environmental CSV initiatives as part of efforts to continue to deliver the unique taste of Kirin Nama-cha.”

Kirin will go about this by focusing on sustainable packaging and supply chains. Measures will include shortening labels and choosing environmentally friendly containers which reportedly use 40% less plastic.

Rising interest in health beverages
So far, no-sugar and low-sugar beverage sales have risen by 135% last year compared to 108% in 2018.

“Sales of sugar-free beer and non-alcoholic beer have been strong due to growing consumer health consciousness,” informs Kirin. “While strengthening sales of mainstay brands, we will simultaneously focus on high added value products.”

Vending machine sales have gone way down, indicating a significant change in how beverages will be sold in the future.Kirin plans to hit 209.5 million sold cases of alcohol-free beverages in 2022, a 2% increase compared to last year. In 2021, Kirin sold 205.89 million cases, a decline of 3% compared to 2020.

Nearly ¥10 million (US$90,000) was also invested in Kirin’s Shonen Plant to level up its production of small PET bottles and supply of capacity for 100 ml beverages to support this.

Kirin noted a continued decline in vending machine sales, indicating plans to shift away from this medium.

It will do this by increasing the promotion of environmental measures, augmenting its profit structure to exclude vending machines and supporting the health and immunity of its consumers via Kirin beverage products.

There are also plans to ramp up Kirin’s environmental reputation by establishing a plastic recycling system based on chemical recycling. The beverage company wants to create a “cycle of recycling” by “building a process from post-use to reuse” of plastic bottles.

Immune-boosting health beverages
Last year, Kirin Holdings launched its patented Immuse ingredient derived from the Lactococcus lactis bacterium for European markets. The Tokyo-based beverage giant noted a 66% increase in its products containing the ingredient between 2020 and 2021, with plans to secure 42% year over year growth in 2022.

Kirin’s paraprobiotic LC Plasma drinks are forecast to grow by 9% on the functional foods market, with its health drinks to rise by 5%. Kirin’s soft-drinks as a whole grew by 2%.

The last year saw Kirin build up its functional beverage portfolio, with the launch of its black and green teas, which sold 48 million cases. Kirin also launched its alcohol-free beer made with matured hop bitter acids.

Swiss industrial mineral specialist Omya has released a new series of powdered fiber supplements, which it hopes will help close the fiber gap as most consumers are not... Read More

New York City is rolling out culturally diverse plant-based meals as the primary option for patients at its 11 public hospitals, citing scientific research which... Read More