You are in : All News > German poultry industry hits back at antibiotic-resistant chickens survey 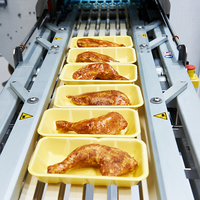 28 Oct 2020 --- More than every second chicken meat sample (51 percent) from the three largest poultry companies in Europe is contaminated with resistance to one or even several antibiotics at the same time, according to new research.

These are the findings of a new study published on behalf of the environmental and consumer protection organization Germanwatch and Ärzte gegen Massentierhaltung.

The study tested 165 chicken meat samples from the three largest groups in the EU, purchased among others from Lidl and Aldi in Germany, France, Poland, the Netherlands and Spain.

On average, more than every third chicken (35 percent) even carries antibiotic-resistant pathogens with resistance to critically important antimicrobials highest priority (CIA HP) into the food chain. 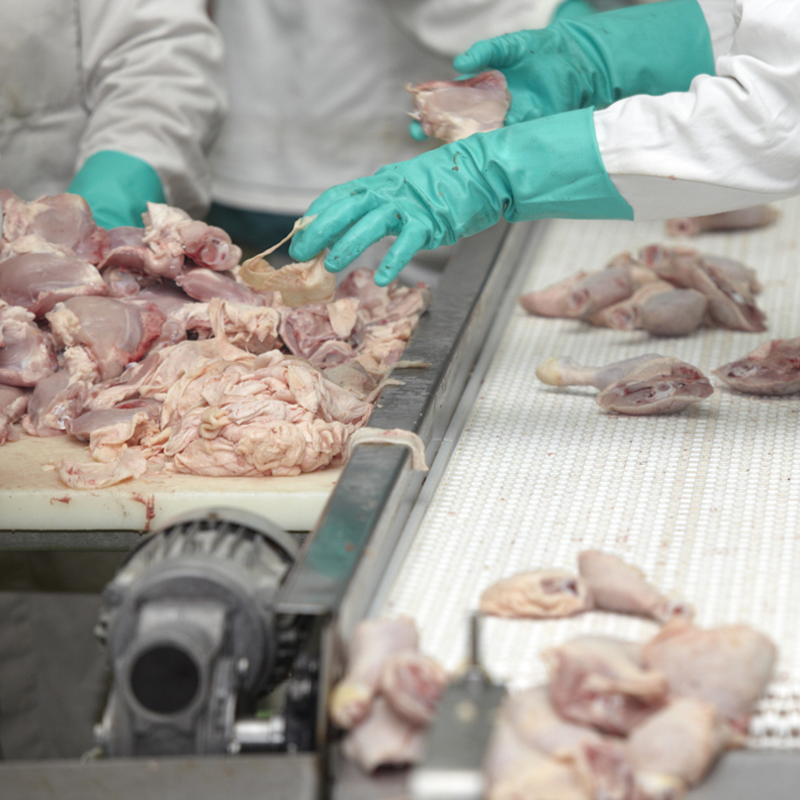 Click to EnlargeThe study tested 165 chicken meat samples from the three largest groups in the EU, purchased among others from Lidl and Aldi in Germany, France, Poland, the Netherlands and Spain.The German poultry industry has hit back at these survey results, with the Central Association for the German Poultry Society speaking with FoodIngredientsFirst about the report.

“The German slaughter poultry industry does everything to offer the consumer a high-quality and safe product. However, as a natural and unadulterated foodstuff, poultry meat can never be 100 percent germ-free,” a spokesperson of the association concedes.

“There is no such thing as germ-free with any natural food. Bacteria and germs are always present in the environment and thus in the environment of humans and animals. Optimum hygiene at all stages of production can therefore reduce the risk of germs occurring, but never completely eliminate them.”

It also points out that given the small number of samples, the available examination figures represent only a situational sample and cannot claim to provide a representative overview.

“In addition, it is important to differentiate between subtypes - over 95 percent of MRSA originates from human medicine, while only 2.5 percent of MRSA, as la MRSA (livestock associated), comes from livestock farming.”

Lidl responds to food safety risk claims
In a statement from Lidl sent to FoodIngredientsFirst, the company says: “Due to the lack of laboratory results in connection with the batch number and the details of the methodology unknown to us, we cannot comment on the investigation, but can only give a general answer on this topic.”

“For Lidl, product safety is the top priority. We have our own quality assurance system, which is intended to ensure that high standards are maintained. This includes independent investigations by external testing institutes as well as unannounced audits of the production facilities.”

“We have also contractually agreed that our suppliers will enter into agreements with farmers to regulate the restrictive use of antibiotics in animal fattening. Suppliers must also draw up an action plan to reduce the use of antibiotics.”

“Therefore, antibiotics may only be administered according to veterinary instructions based on a specific indication. We also expressly support the introduction of the antibiotics database in the QS system.”

Contamination rates
According to the survey, the samples from the poultry company PHW showed the highest contamination rate, with antibiotic-resistant pathogens found in 59 percent of the chicken meat samples.

This means that the resistance rates found were even higher than in recent chicken meat tests carried out by German authorities, where around half of the samples were contaminated.

According to the World Health Organization (WHO), these should be reserved for humans, as they are needed in emergencies when conventional antibiotics are no longer effective.

The EU Commission intends to decide in the coming weeks whether these emergency antibiotics of the highest priority for humans may continue to be used in intensive livestock farming.

Chicken meat from the French LDC group, with 57 percent of samples contaminated, proves to be hardly less contaminated than PHW meat. The LDC Group includes the brands Le Gaulois and Maitre Coq.

Plukon meat has the highest rate of ESBL-producing pathogens in the present comparison, notes the survey. The Plukon Group includes the brands Stolle and Friki. 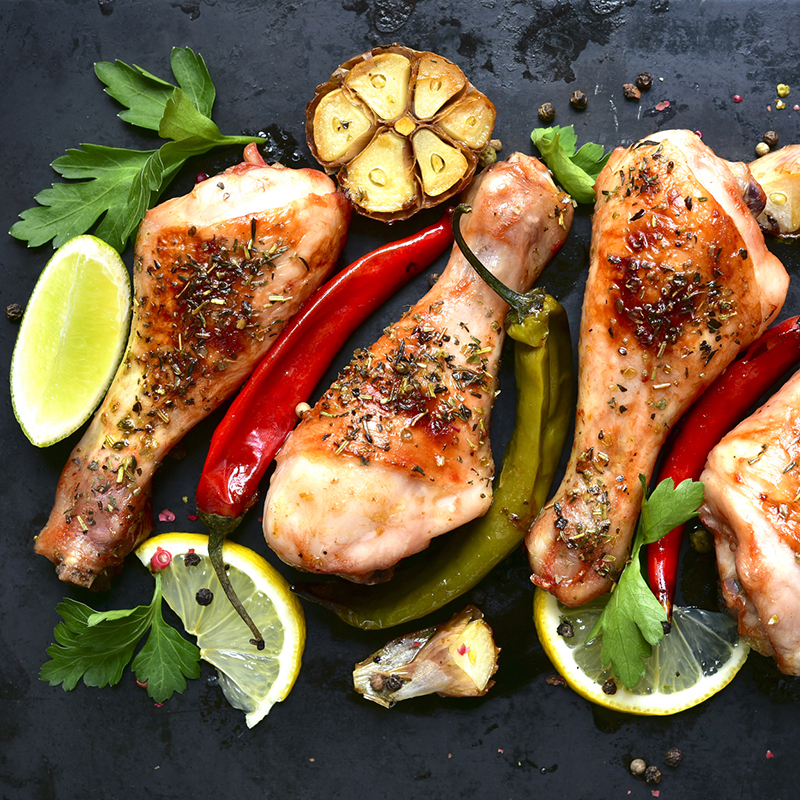 Click to EnlargeAccording to the survey, the samples from the poultry company PHW showed the highest contamination rate, with antibiotic-resistant pathogens found in 59 percent of the chicken meat samples.
The massive use of antibiotics, particularly in industrial animal husbandry, is one of the main reasons for the increase in resistance, along with infection in hospitals and improper use of antibiotics.

Pathogens that are resistant to antibiotics can be ingested, for example, during meat preparation, when resistant pathogens get onto kitchen utensils or raw vegetables, for example, or when cutting meat.

Calls for bans
“The high resistance rates – especially against CIA HPs – have surprised and shocked us,” says Reinhild Benning, expert for animal husbandry at Germanwatch.

“Brussels has already afforded the meat industry too much special treatment. Now it must give priority to saving lives over cheap industrial meat production. Emergency antibiotics in animal factories must be banned.”

According to Prof. Dr Sören Gatermann, head of the investigation at the National Reference Centre for Gram-negative Hospital Pathogens, the high rate of samples with fluoroquinolone resistance and the detection of MRSA “was surprising.”

“After all, quinolones are important antibiotics for the treatment of even severe infections in humans,” he remarks.

“The EU Commission can and must reserve the antibiotics defined by the WHO as a top priority for humans. Otherwise, it will be jointly responsible if even more seriously ill patients die from infections with resistant germs,” adds Dr. Imke Lührs, board member of Ärzte gegen Massentierhaltung.

“We doctors are dependent on CIAs HP in many areas of modern medicine, such as tumour therapy, transplants, premature babies, major operations and serious accidents. The fact that CIAs HP are used to make the system of industrial animal husbandry possible is unbearable. We need effective animal welfare legislation and a ban on CIA´s HP in the barn,” notes Dr. Lührs.

According to the Federal Ministry of Agriculture, the consumption of antibiotics in broiler chickens in Germany only fell by 0.9 per cent between 2014 and 2017.

High resistance rates are regarded as an indication that the animals and thus their germ flora are continuously confronted with antibiotics.

“As the main economic partner, the poultry industry has promoted the broad-based research project EsRAM (Development of cross-stage reduction measures for antibiotic-resistant pathogens in fattening poultry), which has investigated sources of antibiotic resistance along the entire production chain and developed approaches for effective countermeasures.”

The association also notes how the use of antibiotics in German poultry farming has decreased significantly in recent years.

“Even well before the start of the state antibiotics monitoring (start HIT database 2014), the poultry industry initiated the establishment of its own business-based monitoring within the framework of the QS system (start 2012). The results of the QS monitoring show a significantly larger decrease in the use of antibiotics than the governmental figures,” it outlines.

From 2014 to 2020 (comparing the first six months of each year), the quantity of broilers was reduced by almost 10 percent (minus 9.23 percent) across all active ingredients, according to statistics from the Central Association for the German Poultry Society.

Meanwhile, the quantity of fluoroquinolones used as reserve antibiotics even decreased by 49.12 percent. For turkeys, QA monitoring shows a decrease of almost 30 percent (minus 29.12 percent, fluoroquinolones: minus 28.64 percent).

By Elizabeth Green, with additional reporting from Gaynor Selby.

23 Feb 2021 --- Wageningen Bioveterinary Research (WBVR) has confirmed another introduction of bird flu at a Dutch poultry farm. It concerns the highly pathogenic H5N8 strain on a... Read More

05 Feb 2021 --- Big game day will look very different this year as COVID-19 influences eating. Eager as ever to snack their way through Super Bowl Sunday, consumers are predictably... Read More