You are in : All News > From Metaverse to IRL: Coca-Cola Creations opens portal to gaming-inspired “pixel-flavored” Zero Sugar Byte 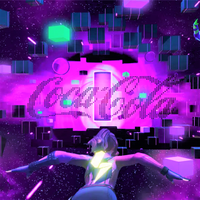 05 Apr 2022 --- Coca-Cola’s “Creations” pipeline is unveiling “the first-ever Coca-Cola flavor born in the metaverse.” Appealing to the virtual community with a host of immersive experiences on Fortnite and dynamic packaging, Zero Sugar Byte will bring the “flavor of pixels to life in a limited-edition beverage that transcends the digital and physical worlds.”

“For our second expression from Coca-Cola Creations, we wanted to create an innovative taste inspired by the playfulness of pixels, rooted in the experiences that gaming makes possible,” muses Oana Vlad, senior director of global strategy at The Coca-Cola Company.

Coca-Cola Zero Sugar Byte debuted this week in limited quantities in select countries in Latin America, with a US launch planned for May 2 through Coca-Cola’s website. China will follow with a retail launch on May 23. 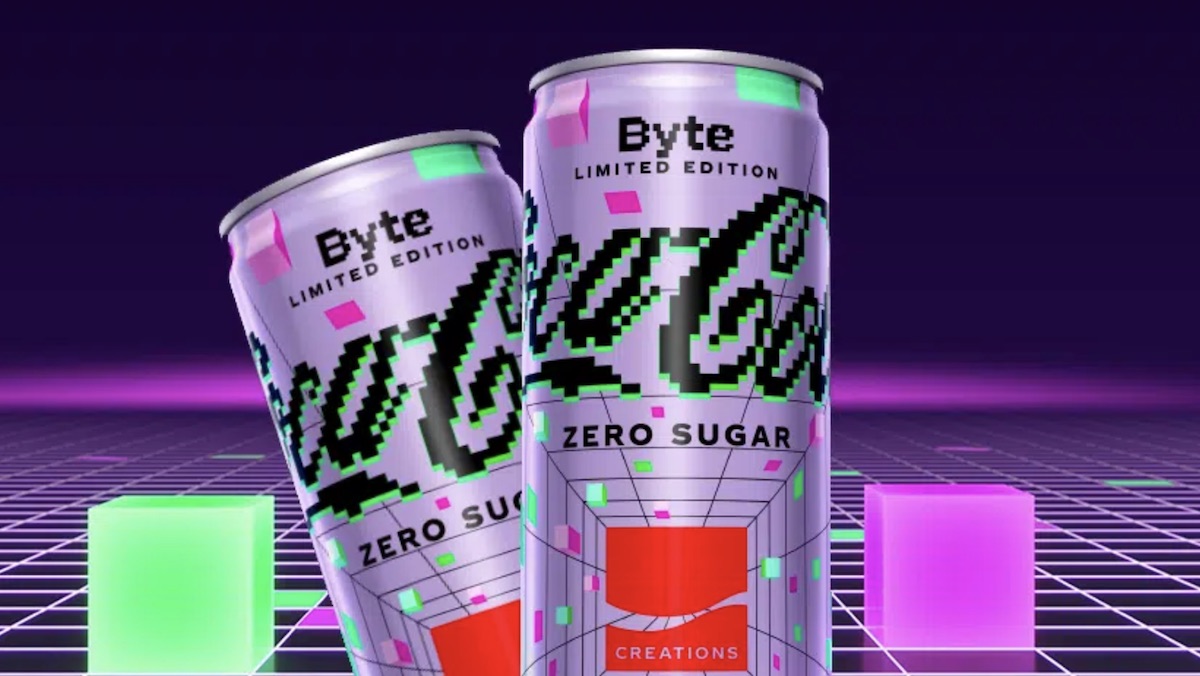 Consumers can scan a Coca-Cola Zero Sugar Byte package at Coca-Cola Creation’s website to access an augmented reality game, which tells the story of BYTE, an 8-bit pixel left behind when Coca-Cola Byte entered the metaverse.

Using fingers to hold down arrows, players can guide BYTE to “jump” up a spiral staircase so the lone pixel can rejoin the Coca-Cola logo. Players’ finish times will be posted to a virtual leaderboard that can be shared on social media.

A suite of other immersive digital experiences complement the beverage. The centerpiece is Pixel Point, an Island Created in Fortnite Creative Mode – a popular video game developed and published by Epic Games – designed by Coca-Cola together with lifestyle and gaming organization PWR.

“This new Coca-Cola Creations flavor is an amazing nod to gamers from one of the most iconic brands in existence, and we’re proud that we could help create something special for our shared communities to celebrate its launch,” says Lachlan Power, professional gamer and PWR founder.

Upon entry into Fortnite’s digital landscape, players will discover Coca-Cola Zero Sugar Byte in the metaverse and interact with fellow gamers through a series of four sensory-inspired, multiplayer mini-games.

The game comprises a series of immersive rooms, including The Castle, The Escape, The Race and The Tower. Each room presents its own challenge that can only be solved by working in tandem with fellow players to progress up the tower.

Drink in the metaverse
Coca-Cola, which has a longstanding connection to gaming culture, first entered the metaverse last year with its first-ever NFT (Non-Fungible Token) collectibles. 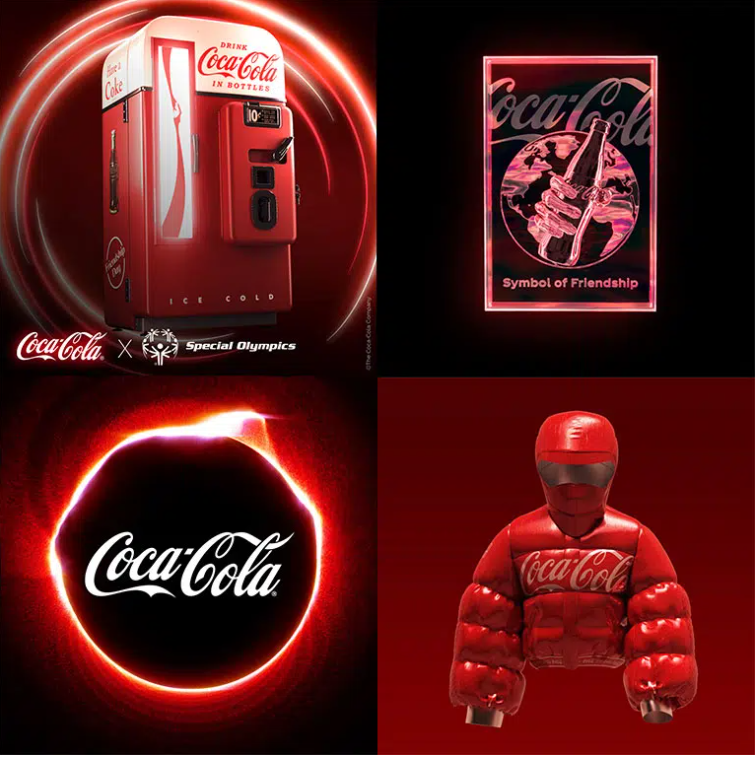 Coca-Cola, which has a longstanding connection to gaming culture, first entered the metaverse last year with its first ever NFT collectibles (Credit: Coca-Cola).NFTs are one-of-a-kind digital assets that can be bought and sold like any other piece of personal property, but have no tangible form. Like cryptocurrencies, NFTs are created on a digital ledger commonly known as a blockchain. Collectors and crypto investors purchase NFTs – which are created as tokens, a type of certificate of ownership – via online marketplaces like OpenSea.

On International Friendship Day 2021, four unique Coca-Cola NFTs were auctioned as a single “loot box” to raise funds for Special Olympics International. Most recently, the brand announced a global partnership with Riot Games as a Founding Partner of League of Legends’ Wild Rift and Wild Rift esports.

“We’ve been watching NFTs, cryptocurrency and the metaverse, and see this as a timely opportunity to participate in and learn from this emerging space.”

Scanning a Coca‑Cola Starlight can or bottle leads consumers to a feature of Max performing three of her biggest hits – “Kings & Queens,” “Sweet But Psycho” and “EveryTime I Cry” – surrounded by red liquid and gradient lighting.

The drink itself fuses the signature Coca‑Cola taste with “unexpected touches,” including a reddish hue and cooling taste sensation “evoking the feeling of a journey to space.”

Meanwhile, the Coca‑Cola Starlight package design features a starfield and gradient evoking a nebular feel that complements the liquid and undulates and refracts while interacting with light.

A global team spanning R&D, design, marketing and technology collaborated and brought the Coca‑Cola Starlight concept from ideation to launch in less than a year. They were given free reign to experiment and operate on a non-linear project schedule. 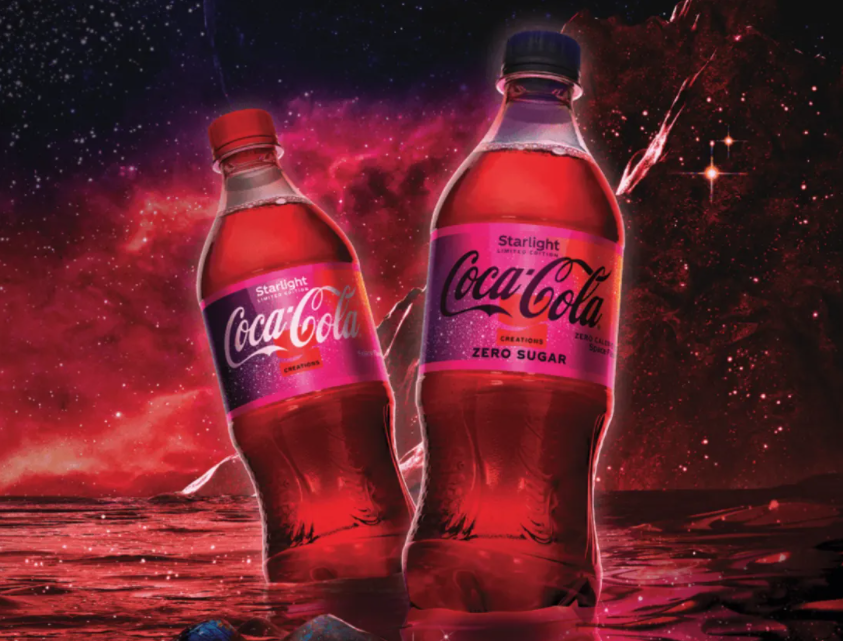 “Collectively, we explored unchartered territory and pushed creative boundarie. By having a blank canvas to come up with new ideas and new ways of doing things, we were able to deliver something truly novel. We hope our fans enjoy it as much as we enjoyed creating it.”

License to play
Coca‑Cola Creations brings a sense of intrigue and newness to a 136-year-old brand. Inspired by “drop culture” and fueled by consumers’ love of music, gaming and sports, the series of “surprise-and-delight” innovations will engage consumers in unique ways.

“With Coca‑Cola Creations, we’ve given ourselves license to play,” remarks Schwarber. “The product will always be front and center, but we’re building multi-sensorial storytelling and immersive experiences around each one of these creations.”

Coca‑Cola Creations was developed under the “Real Magic” brand platform launched in late 2021.

“‘Real Magic’ is more than a campaign – it’s a philosophy for how we want to engage and build connection with our fans,” says Vlad. “Every chapter brings this to life – from experimenting in the metaverse with NFTs, to partnering with Khalid on our first-ever Tik-Tok challenge, to our work around the passion point of gaming, to Coca‑Cola Creations and Coca‑Cola Starlight.”

Innocent Drinks is under investigation by the UK’s Advertising Standards Authority (ASA) for what activists say is a misleading marketing campaign centered on... Read More