You are in : All News > EU fruit shows 53% increase in hazardous pesticides in past 9 years 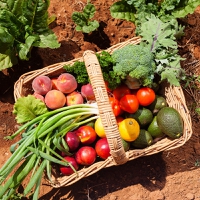 25 May 2022 --- European consumers have been exposed to a dramatic rise of toxic pesticide residues on fruits and vegetables over the past nine years, flags a new report by the Pesticide Action Network (PAN).

The frequency of “more hazardous pesticide” residues on fruits increased by 53%, while vegetables showed a 19% increase from 2011-2019, states the report.

“More hazardous pesticides” are classified as those which are currently seeking to be replaced due to suspected danger to health.

Moreover, over a third of contaminated fruit contained a cocktail of at least two of the more hazardous pesticides, based on 97,170 fruit samples collected over the time period.

These findings are somewhat at odds with a report from the European Commission (EC) published last year showing that 2019 marked a significant decline in the use of “more hazardous” pesticides.

However, the EC does recognize that until 2019, pesticide use had increased since 2011.

Problematic chemicals
PAN’s study focused on pesticides known as “candidates for substitution” pesticides. These refer to pesticides that should have already been banned or phased out by EU member states.

This category includes substances suspected of being toxic to reproduction, carcinogenic to humans, endocrine-disrupting or those that do not fully meet the criteria for being identified as Persistent, Bioaccumulative and Toxic for the environment.

Candidates for substitution are regulated more strictly but can remain on the market until solid science confirms they no longer meet the criteria set in Regulation (EC) No. 1107/2009.

This has been observed several times already, notes PAN, including in the case of the insecticide Thiacloprid.

In 2020, Thiacloprid was withdrawn from the EU for its classification as being toxic for reproduction and a risk to bee health. Prior to this finding, it was classified as a Candidate for Substitution due to its endocrine disrupting properties.

Top 5 culprits and products
The countries that most frequently produced contaminated fruits and vegetable samples during the study years were Belgium (34%), Ireland (26%), France (22%), Italy (21%) and Germany (20%).

Food producers in the EU have few viable alternatives to Candidates for Substitution pesticides.Failing its citizens?
Several factors are at play that may explain the rise of pesticide use in the EU.

Little progress has been made to find substitutions, says PAN, underscoring that no single substitution took place between 2015 and 2018.

Additionally, PAN cites “continuous extensions” of these pesticides’ approval as a failure of the EC to protect citizens’ health and the environment.

For example, the fungicide Ziram was approved in 2004. Although there is strong scientific evidence of its endocrine disrupting and neurotoxic properties, its current approval period was extended seven times, states the report.

What’s an EU to do?
With genetic modification and gene-editing off the table in the EU, European food producers are struggling to find alternatives to these dangerous chemicals.

The organization also proposes that the EC start assessing the cumulative effects of pesticides, as put forward in the EU Chemical Strategy for Sustainability. It also requests the adaptation of a zero residue policy by 2035, calling for a maximum residue limit for all candidates for substitution to be 0.01 mg per kg.

Meanwhile in England, the country is pushing to legalize gene-editing to help reduce pesticides, adapt to the changing climate and increase nutrition by “speeding up” traditional breeding practices.