You are in : All News > End of bidding war: Clayton, Dubilier & Rice closes £7B takeover of Morrisons 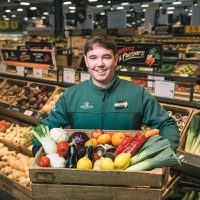 The UK’s regulatory body overseeing acquisitions, the Takeover Panel, made the official announcement last Saturday. CD&R offered £2.87 (US$3.90) per Morrisons ordinary share, against an opposing bid from US-based Fortress Investment Group, for £2.86 (US$3.89) per share.

CD&R’s final auction bid is slightly higher than the £2.85 (US$3.86) per share offer recommended by the Morrisons’ board in August.

In June, the supermarket group turned down an offer of £5.5 billion (US$7.6 billion) from CD&R, saying “it had significantly undervalued the business.”

Morrisons, which operates almost 500 stores and employs more than 110,000 staff, has been involved in the bidding war since June.Final steps in the takeover
The board, which will meet on Saturday, is now expected to recommend shareholders to accept the new offer at a meeting set for October 19.

Morrisons, which operates almost 500 stores and employs more than 110,000 staff, has been involved in the bidding war since June.

Speculation of a bidding war first started brewing when Apollo Globe entered in July as the third firm to show interest in Morrisons.

The CD&R offer value payable by Bidco to Morrisons Shareholders will be financed from a combination of equity capital to be invested by CD&R Fund XI, Ares European Direct Lending and Alternative Credit Funds and West Street Strategic Solutions.

Givaudan has its sights set on boosting its position in natural colors, as part of a 2025 strategy to expand the company’s global Taste & Wellbeing business.... Read More

Kerry has completed the acquisition of Niacet, which was previously announced in June, as Kerry seeks to strengthen its food protection and preservation... Read More

Greenfood is on track to acquire a minority stake in Dutch fruit and vegetable supplier Jaguar. With the acquisition, Greenfood is increasing its presence in global... Read More