You are in : All News > EFSA issues new EU phosphates limits advice, warns that safe levels may be being exceeded 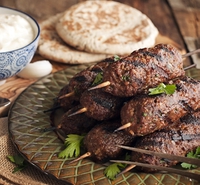 13 Jun 2019 --- The estimated total intake of phosphates from food may be exceeding the safe level set by the European Food Safety Authority (EFSA). This is the conclusion following a reevaluation of their safety. EFSA’s scientists also recommend the introduction of maximum permitted levels to reduce the content of phosphates when used as additives in food supplements as those who take them regularly may be at risk.

EFSA’s Panel on Food Additives and Flavorings added to Food (FAF) has reevaluated the safety of phosphoric acid – phosphates – di-, tri- and polyphosphates (E338-341, E343, E450-452) and set a new EU limit. The agency is calling for a group acceptable daily intake [ADI] of 40mg per kilogram of body weight [mg/kg bw] per day, noting that food additives indicatively only contribute between 6-30 percent of the total average intake of phosphorus. The European consumer group BEUC has welcomed the publication, but noted that “we wish this opinion were available back in December 2017, when the authorization of these additives in kebab meat was being debated.”

An EFSA spokesperson explained that previous evaluations of phosphates were carried out before the establishment of EFSA (in 2002). The toxicology and safety of diphosphates, triphosphates and polyphosphates when used as food additives were previously evaluated by the Joint FAO/WHO Expert Committee on Food Additives (JECFA) as part of a larger group of phosphate compounds. JECFA concluded that an ADI value was not appropriate for phosphates “as phosphorus is an essential nutrient and unavoidable constituent of food” (JECFA, 1982a). “It was decided, therefore, to assign a ‘maximum tolerable daily intake’ (MTDI) rather than an ADI. The MTDI allocated was 70mg/kg bw day (expressed as phosphorus) for the sum of phosphates and polyphosphates, both naturally present in food and ingested as food additives. The EU Scientific Committee on Food subsequently agreed with the JECFA MTDI estimate for phosphates,” the spokesperson notes.

Phosphates are essential nutrients (a form of phosphorus), which are present naturally in the human body and are an essential part of our diet. A group of substances commonly referred to as “phosphates” are authorized as food additives in the EU. They are added to a wide range of foods for “technological” functions (e.g. as emulsifiers, antioxidants). Some of them can be used in foods for infants and young children.

“The panel has re-assessed the safety of phosphates and derived, for the first time, a group acceptable daily intake [ADI] of 40 milligrams per kilogram of body weight [mg/kg bw] per day,” Dr. Ursula Gundert-Remy, Chair of the working group on phosphates, says. “Because phosphates are also nutrients and essential to our diets, in our approach we defined an ADI which considers the likely phosphorus intake from various sources, including natural sources and food additives,” she adds.

The ADI corresponds to an intake of 2.8 grams of phosphorus per day for an average adult weighing 70kg.

“Importantly, the ADI does not apply to people with moderate to severe reduction in kidney function, which is considered a vulnerable population group. This conclusion is based on the recognized effect of high phosphate intake on the kidney,” Dr. Maged Younes, Chair of EFSA’s FAF expert Panel says.

“We estimated that dietary exposure to phosphates may exceed the new ADI for infants, toddlers and children with average consumption of phosphates in their diet. This is also the case for adolescents whose diet is high in phosphates,” Dr. Younes adds. “The data we had did not give rise to safety concerns in infants below 16 weeks of age consuming formula and food for medical purposes containing phosphates.”

Existing maximum permitted levels of these additives in food range from 500 to 20,000 milligrams per kilogram (mg/kg) of food depending on the food type.

EFSA’s scientific advice will inform risk managers in the European Commission and Member States who regulate the safe use of phosphates as food additives in the EU.

Currently phosphates as additives in food supplements can be used at quantum satis (i.e. as much as technologically needed). EFSA’s experts found that for those above the age of 3 years who take such supplements regularly, estimated dietary exposure may exceed the ADI at levels associated with risks for kidney function.

Dr. Younes said: “Based on the exposure assessment, the panel recommends the introduction of numerical maximum permitted levels of phosphates used as additives in food supplements in place of quantum satis.”

EFSA carried out a public consultation to engage with interested parties on questions in the fields of nephrology, mineral metabolism, cardiovascular and nutrition medicine relevant to the re-evaluation of phosphate food additives. EFSA’s scientists considered this feedback in the preparation of this scientific opinion.

The EFSA spokesperson points out that with the exception of the use of phosphates as food additives in food supplements (a type of food consumed by a specific population group), exposure of the general population to phosphorus derived from food additives does not lead to an exceedance of the ADI. “However, when all sources of phosphorus in the diet are considered (natural presence and intentional addition as a food additive or nutrient source) EFSA’s Panel found that infants, toddlers and children with average consumption of phosphorus may exceed the new ADI. This is also the case for adolescents whose diet is high in phosphorus,” they note.

In a statement sent to FoodIngredientsFirst Camille Perrin, Senior Food Policy Officer at BEUC (The European Consumer Organisation) notes: “We welcome the publication of the EFSA opinion re-evaluating the safety of phosphates. It confirms that some population groups ingest too much phosphates through their diet – whether these occur naturally in foods such as fish or dairy products or are used as food additives in soft drinks, meat or bakery products.”

“The opinion concludes phosphate intake is especially of concern in young consumers. Some toddlers and children, as well as adolescents whose diet is particularly high in phosphates, can exceed the safe daily phosphate intake level newly established by EFSA.”

“We wish this opinion were available back in December 2017, when the authorization of these additives in kebab meat was being debated. Had the Commission waited, as we were requesting, the case for authorizing phosphates in kebab meat would have been even weaker. The availability of phosphate-free alternative ingredients for kebab manufacturers makes the use of these additives all the more unnecessary,” the statement concluded.

FoodIngredientsFirst has reached out to several phosphates suppliers for comment on this issue.

31 May 2021 --- New testing by consumer organizations in Italy, Denmark, Spain and France has found toxic chemicals in single-use tableware made of popular non-plastic... Read More