You are in : All News > Danone shake up: Vega brand under review, underperforming assets examined and leadership revamped 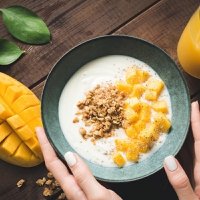 19 Oct 2020 --- Danone is planning a shake up of its portfolio and underperforming assets, starting with an immediate review of its strategic options for Argentina and for its plant-based Nutritional products brand, Vega.

The French yogurt giant made the announcements while releasing its third-quarter sales performance which it says demonstrates “sequential improvement” versus the previous quarter. This is primarily driven by a strong acceleration of its Essential Dairy and Plant-based categories, as well as an improvement in Waters.

The company is now conducting a full strategic review of its portfolio of brands, SKUs and assets toward its 3 to 5 percent growth agenda.

As part of reshaping the organization, Danone has appointed two macro-regional CEOs, respectively in charge of Danone International and Danone North America. A chief operating office has also been appointed.

“Our Q3 results reflect how much the COVID-19 world and its cohort of sanitary measures, border closures, uncertainty in consumer sentiment and some structural changes affect our business,” details Emmanuel Faber, chairman and CEO of Danone.

“As we expect continued volatility in our other businesses in the short term, the return of EDP growth beyond 3 percent, both for Q3 and year-to-date is a north star to our ambition to reconnect as soon as possible with our 3 to 5 percent mid-term profitable growth agenda.”

COVID-19 impact
Looking into the remainder of the year, Danone states that business remains difficult to predict as the environment is still volatile. At the moment, the company has witnessed momentum in its online retail, in line with the sustained trend of home deliveries.

Growth of global sales through e-commerce channels accelerated significantly in the quarter at 40 percent at the company level, versus the 30 percent in Q2 rise on a like-for-like basis.

“Much uncertainty remains about the implications of the pandemic in terms of how lockdown easing, channel dynamics and consumer habits may evolve, notably the pace of recovery of out of home consumption and proxy channels, and the cross-border activity with mainland China,” the company outlines.

Third-quarter sales report
In the third quarter of 2020, consolidated sales at Danone stood at €5.8 billion (US$6.8 billion), down 9.3 percent on a reported basis. This was primarily driven by change in currencies against the euro, which had decreased by 7.1 percent on the quarter’s sales, mostly from the US dollar, the Russian ruble and currencies in Latin America.

On a like-for-like basis, revenues declined by 2.5 percent. Volumes sequentially improved at -0.4 percent in the quarter (versus -2.6 percent in Q2), remaining affected by Waters performance, and were flat (-0.1 percent) overall in the first nine months. 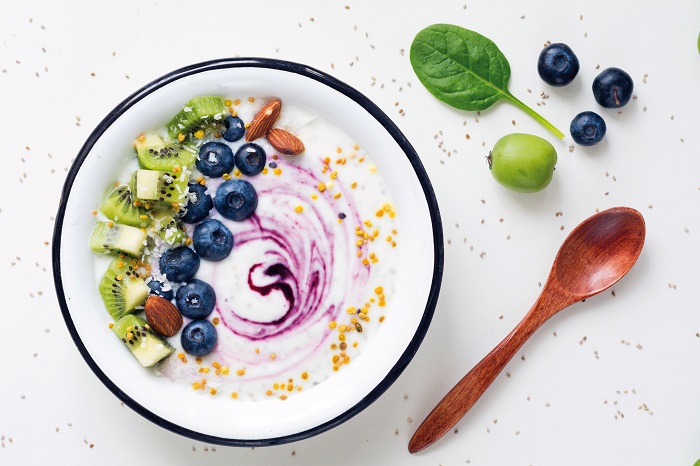 In the third quarter of 2020, consolidated sales at Danone stood at €5.8 billion (US$6.8 billion), down 9.3 percent on a reported basis.Value also sequentially improved at -2.1 percent (versus -3.0 percent in Q2), reflecting in Q3 negative country mix but stable pricing.

Like-for-like sales growth in Europe and North America improved in the third quarter from -3.5 percent in Q2 to -1.1 percent.

In the Rest of the World category (-4.1 percent in Q3 on a like-for-like basis), the Commonwealth of Independent States (CIS) returned to solid growth, while China, Latin America, Indonesia and Africa saw continued pressure in the third quarter.

All segments grew, with probiotics and functional yogurts, organic milk and coffee creamers among the best performing, alongside plant-based which posted its third consecutive quarter of double-digit sales growth (high-teens in Q3).

Europe and North America continued their mid-single-digit momentum – sustained in Europe by further market share gains thanks to Actimel, Danette and Alpro.

Similar growth was seen in North America, propelled by the at-home consumption of Silk, So Delicious and Horizon brands, which grew at a double-digit rate.

In the Rest of the World, CIS returned to solid growth while Mexico and Africa saw continued pressure.

Sales of Infant Formula conducted in China through crossborder channels contracted sharply (approximately down by 60 percent) given the continuous border closure and reduced tourism with mainland China.

Waters category sees improvement
Following a Q2 decline at 28 percent on a like-for-like basis, sales trends in Waters improved in the third quarter but were still heavily impacted by low mobility index due to lockdown policies.

Danone’s pace of recovery was uneven in Waters. The European and Chinese markets improved, reaching around 10 percent growth on the back of a partial resurgence of out-of-home consumption and some market share gains.

Meanwhile, performance in Latin America and Indonesia declined at a steep double-digit rate, in line with the previous quarter, as social distancing measures remained severe.