You are in : All News > Danone ousts Emmanuel Faber as CEO and chairman, search for new CEO underway

15 Mar 2021 --- The Board of Danone is initiating key governance changes, which sees Emmanuel Faber step down as the chairman and CEO. Gilles Schnepp has been appointed as chairman of the Board with immediate effect, while the search is on for a new “world-leading CEO.”

The move shows how the multinational is trying to get through and move on from a management crisis under increasing pressure from shareholders.

The Danone Board has also decided to appoint Véronique Penchienati-Bosetta, currently CEO International, and Shane Grant, currently CEO North America, to lead the business while the search for a new CEO is underway.

Penchienati-Bosetta and Grant will work together, with focused attention on operational execution and delivery, according to the company.

Appeasing critics
Faber had recently said he would relinquish his role as CEO but stay on as chairman to try to placate criticism from activist investors which has been going on for months now.

However, just two weeks down the line and there is another change in corporate governance at the multinational.

The company specifically said that the separation would be effective upon the appointment of a new CEO. It said that the process to recruit a new CEO had been launched and once complete, Emmanuel Faber will focus on his role as non-executive chairman.

At the helm
The immediate priority of the new chairman, together with the Board, will be to lead the transition, including the search for a new CEO, stresses Danone.

An international search agency has also been appointed to support the process. Schnepp and the Governance Committee will oversee the search to ensure that a new CEO is found. Schnepp will be supported by the chairman’s officer, Laurent Sacchi, the CFO, Juergen Esser, and the full Executive Committee.

In Danone’s statement, it emphasizes:

“The priority of the Board is now to transition toward improved governance. This means accelerating the process to recruit a new CEO, while Véronique and Shane continue to lead the business during this period. I look forward to working with the Board to support them in their interim roles and the wider management team as they accelerate our efforts to create value for all our stakeholders,” says Schnepp.

“The Board and I want to thank Emmanuel for his leadership and significant contributions to Danone since 1997, and since 2014 as CEO and then chairman and CEO. He leaves Danone with a strong platform from which to accelerate and grow,” Schnepp adds.

Faber joined Danone in 1997 as head of finance, strategies and information systems. In 2000, he became CFO of Danone and a member of the Executive Committee. In 2005, he was appointed as vice president, Asia-Pacific region, in charge of operational activities. 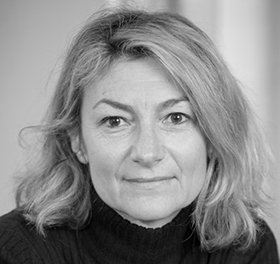 The Danone Board has appointed Véronique Penchienati-Bosetta (above), currently CEO International, and Shane Grant, currently CEO North America, to lead the business while the search for a new CEO is underway.Portfolio review
When posting Danone’s full-year 2020 results in February, Faber said 2020 was a year marked by the health crisis and honed in on the strategy to reinvent Danone “to reconnect with our profitable growth ambition” and boost shareholder value.

At the start of this month, Danone announced it is preparing to sell its stake in the Chinese dairy group Mengniu Dairy Company Limited, as part of its ongoing portfolio review, including divesting assets that do not contribute to profitable growth.

In February, Danone purchased Earth Island, an early-mover in the US plant-based marketplace, in a move to accelerate plant-based offerings.

Danone’s other investments include the opening of an open-science research center based in Shanghai, the acquisition of local infant milk formula capabilities, and the expansion of capacity to further develop offerings in FSMP (Food for Special Medical Purposes), meaning food for people whose nutritional requirements cannot be met by normal foods.

Upcycling ingredients: Curbing waste and loss while innovating with taste and texture

From plant-based food to infant nutrition and whey protein, the upcycling ingredients space is spurred by consumer demands for environmental sustainability and... Read More

As the Russian offensive on Ukraine gains momentum, the impact on people and businesses alike continues to worsen. Reports of baby food shortages have already emerged... Read More