You are in : All News > Dairy Groups Challenge Protectionist Policy in Canada 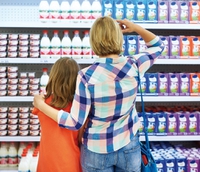 13 Sep 2016 --- Dairy organizations in the US, Australia, the European Union, Mexico and New Zealand have issued a joint letter to their respective trade and agriculture officials, expressing indignation about Canada’s recent actions to deepen its already prohibitive restrictions on dairy trade.

The groups said Canada’s increasingly protectionist policies violate “international trade obligations, hold out the prospect of trade diversion with attendant global price-depressing impacts and are in conflict with the principles of free markets and fair and transparent trade.”

The US groups, including the National Milk Producers Federation, the U.S. Dairy Export Council and the International Dairy Foods Association, oppose a Canadian Agreement in Principle recently concluded between Canada’s dairy producers and processors. The agreement, which is undergoing finalization and review in Canada, would provide an incentive to substitute Canadian dairy ingredients for imported dairy ingredients and would unfairly subsidize exports of Canadian dairy products. If ratified, the agreement would take effect November 1, 2016.

In the letter sent jointly to US Trade Representative Michael Froman and to the other government trade officials, the dairy organizations stated that the Agreement in Principle would breach Canada’s trade obligations under the World Trade Organization (WTO) and the North American Free Trade Agreement (NAFTA). They said it also would undermine the intent of the pending Trans-Pacific Partnership (TPP) and the EU-Canada Comprehensive Economic and Trade Agreement (CETA).

“Canada’s continued disregard for the provisions in its pacts with trade partners is unacceptable,” said Connie Tipton, president and CEO of the International Dairy Foods Association. “These protectionist policies are in direct conflict with the principles of free markets and fair trade, which trade agreements like TPP aim to promote.”

“The dairy trade situation with Canada has gone from bad to worse this year and now Canada is contemplating doubling down on that terrible track record,” said Jim Mulhern, president and CEO of the National Milk Producers Federation. “Enough is enough; Canada needs to stop shirking its dairy commitments and hold up its end of already negotiated agreements.”

“For years US exporters have borne the brunt of a continuing procession of new Canadian policy tools intended to curtail dairy imports,” said Tom Suber, president of the US Dairy Export Council. “TPP has included new features to move toward more open trade by expanding market access compared to the status quo; but Canada’s been doing its best to erode longstanding existing access as much as possible before this agreement is even put in place.”

Executing acquisitions that Chr. Hansen has made to its portfolio in the past year “has not been without challenges.” Regardless, the performance of 7%... Read More