You are in : All News > China’s rapidly maturing agri-food ecosystem: Start-ups raise US$5.8bn in 2018, AgFunder reports 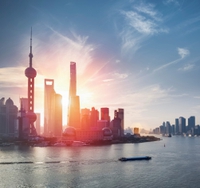 03 May 2019 --- Chinese agri-food start-ups last year raised US$5.8 billion of investment across 283 deals with 318 investors. This is according to the 2018 China AgriFood Startup Investing Report by online Venture Capital Platform AgFunder and Chinese food tech VC Bits x Bites. The report covers technology start-ups operating across the agrifood value chain as well as other non-tech start-ups that are disrupting China’s food industry.

These numbers indicate a 222 percent year-over-year growth in total funding. While AgFunder indicates that there were “a couple of outliers skewing the data somewhat,” there was also a 60 percent increase in the number of deals confirming the growth.

Start-ups building businesses downstream at the consumer end of the agrifood supply chain dominate the sector overall, but investment and activity upstream increased significantly, notes the report. This comes because start-ups aim to improve efficiencies for farmers and throughout the broken supply chain.

Demographic push
Last year’s AgFunder report showed that vast developments and investments in China’s agri-food and food-tech scene are being driven primarily by the burgeoning middle-class.

In an extensive piece published in The World of Food Ingredients in February, Andrew Kuiler, CEO of Shanghai-based The Silk Initiative, a food and beverage specialized brand strategy consultancy, noted that easier access to better consumer and sales data is allowing both consumers and companies to make better and faster decisions. Urbanization is speeding up the pace of living, with consumers expecting their food and beverage options to fit their increasingly busy lifestyles, he pointed out.

Consumer demands, especially in the urbanized areas, are being shaped by e-commerce same-hour delivery, such as Alibaba’s Ele.me and Meituan, as well as increased exposure to foreign cultures.

Matilda Ho, Managing Director of Bits x Bites, explains that broadly speaking, a sizable portion of the funding behind investments across the food supply chain in 2017 can be traced back to two dominant trends.

“First,” she says, “is the rapid consumer technology adoption: China already accounts for more than 40 percent of the total value of global e-commerce transactions.”

“Second is consumption upgrade – a booming middle-class willing to pay more to improve the quality of their food experiences, including better ingredients, more traceability and cleaner labels.”

Technological ease and advancement are key here. In terms of investment, the premiumization trend is intertwined with mobile payment and e-commerce options.

This year, however, the report shows some entrepreneurs started innovating for lower-income Chinese consumers with food services that suit their budgets and convenience requirements, while others continued to answer the demands of the growing middle-class for premium food products and experiences.

The only category that did not experience growth was In-Store Retail & Restaurant Tech after a lot of hype and subsequent failure of start-ups building unmanned stores and vending machine technology in 2017.

Alibaba and Tencent continued to play a pivotal role in the industry, accounting for just under half the total funding during the year. Alibaba was responsible for one of the largest mergers and acquisitions (M&A) of the year, acquiring the rest of ele.me’s shares from Baidu at a US$9.5 billion valuation. The sector also saw five IPOs in 2018 from zero in 2017.

Earlier this year, FoodIngredientsFirst took a closer look at some of the key market and consumer trends driving growth in China’s food industry and what opportunities there are for suppliers in the world’s most populous country with a rapidly-growing middle class and the accelerated “consumption upgrade” trend.

As the 2017 AgFunder report says, only US$106 million of the total US$1.8 billion of investment in that year went to start-ups developing technologies upstream for the farm, such as Agri-Biotech, Farm Robotics & Equipment, Bioenergy & Biomaterials, Novel Farming, Agribusiness Marketplaces and Innovative Food.

In 2018, Agribusiness Marketplace start-ups received much stronger investor interest, especially B2B procurement platforms for agricultural and food products. With consumption upgrade highlighting the demand for more efficient and reliable supply chains, companies are gaining traction by enabling farmers to more easily sell their products and for restaurants and grocery retailers to better manage their supplies.

The report notes that the largest deal was Meicai, an online platform for fresh produce, which received US$450 million in Series E funding. Hai Shang Xian, a platform for seafood received US$28 million at Series C. eGrocery ranked as a top three most active category with community-based eGrocery – an emerging group buy business model – contributing 40 percent.

It provides data based demand predictions to help farmers maximize their profits through more informed management and input purchasing decisions.

China offers a wealth of opportunities to both established food & beverage companies and breakthrough start-ups. With big tech having already successfully invested in the downstream segment of the food supply chain, the industry is now making concerted efforts to address its upstream sections.

The importance of investments into agri-food and food-tech in China, the world’s most populous country, are only highlighted by recent trade spats with the US – which touch upon pivotal food-related aspects such as soy – as well as the African swine fever (ASF) outbreak currently sweeping across Asia.

In light of ASF, China early this week banned imports of pigs, wild boars and related products from Cambodia. The world’s largest consumer of pork, China has culled more than one million pigs since the disease broke out in the country in August 2018 and has ravaged farmed swine populations across the country. Live pig stocks are believed to have fallen by around 19 percent in March from a year ago, according to China’s Ministry of Agriculture (MoA).

17 Feb 2020 --- The wide array of functionalities in eggs poses a significant challenge for manufacturers seeking to replicate the kitchen staple in plant-based applications. Over... Read More

13 Feb 2020 --- Bühler and Givaudan are joining forces in Singapore to open a unique Innovation Center dedicated to plant-based food. Planned to open later this year, the new... Read More

12 Feb 2020 --- Danone Manifesto Ventures is investing in French tech start-up Phenix to combat food waste and promote a circular economy. The move will expand the capabilities of... Read More

07 Feb 2020 --- Changing the way that people eat and drink is underscored in PepsiCo’s latest Greenhouse Program which has selected 10 companies and brands to take part in... Read More