You are in : All News > Barry Callebaut taps into gourmet chocolate growth with new China facility

The new facilities aim to better serve the growing demand for high-quality chocolate and address “the great growth potential China offers,” according to the company.

“The inauguration of the office and the Chocolate Academy in Shenzhen is part of our continuous expansion in China, and another milestone in our growth story which started here 12 years ago,” says Ben De Schryver, president of Barry Callebaut at Asia Pacific.

Barry Callebaut currently has a local factory in Suzhou, sales offices and Chocolate Academy Centers in Shanghai, Beijing, to which it now adds Shenzhen. 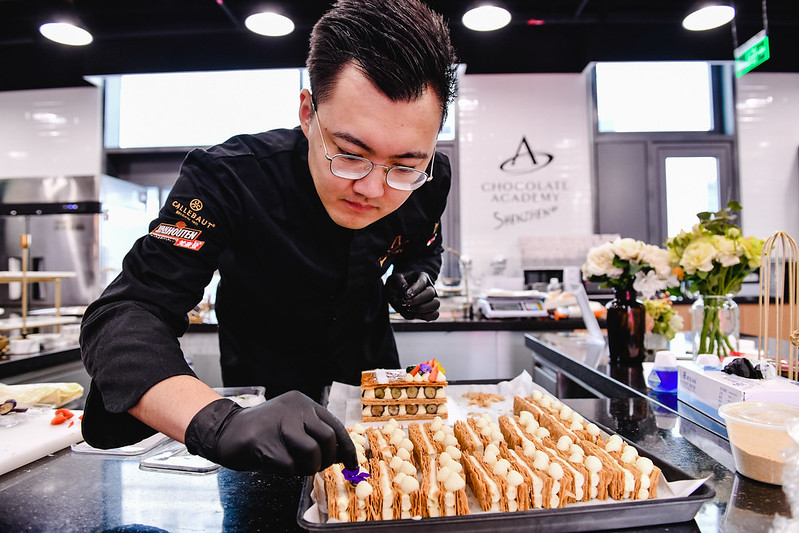 Click to EnlargeMore than 5,000 craftspeople in China have attended training and demonstrations in Barry Callebaut’s Chocolate Academy Centers.“We’ll continue to invest in our business and strengthen our collaboration with food manufacturers and artisanal customers in China,” De Schryver adds.

“China is one of our largest gourmet markets in the world. Our Chocolate Academy Centers in China have become a hub of expertise, creativity and inspiration for both professionals and chocolate lovers. And this extends online too,” says Denis Convert, vice president of gourmet for Barry Callebaut at Asia Pacific.

Through education and personalized support, the Chocolate Academy Centers enable artisans, pastry chefs, confectioners, bakers and caterers to create the chocolate delights of tomorrow, according to the company.

“We support our customers and empower chefs to be at their very own best. They can explore chocolate science, innovative techniques and inspiring recipes together with world-leading chocolatiers, pastry chefs and bakers,” Convert adds.

Moving online
In the last 12 years, more than 5,000 craftspeople in China have attended training and demonstrations in the Chocolate Academy Centers in Shanghai and Beijing.

The centers have recently hosted several online learning sessions in Mandarin on topics such as home baking, which have attracted over 130,000 viewers since February 2020. 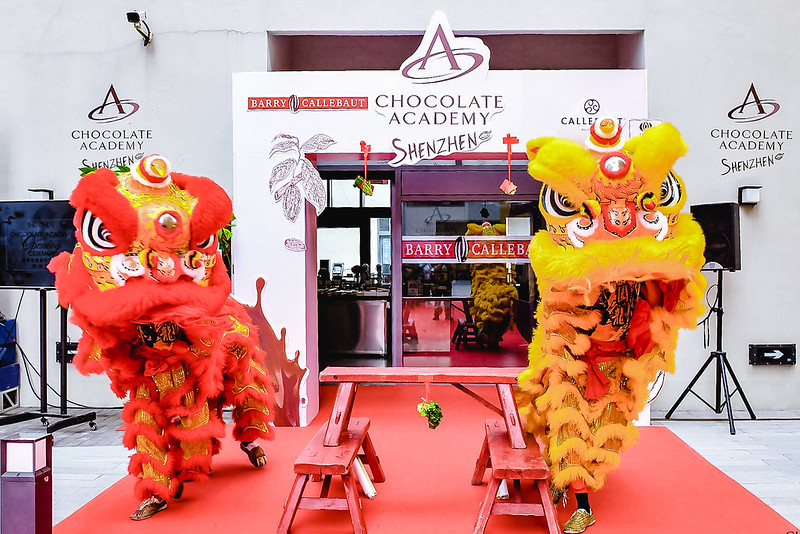 Click to EnlargeThe new office in Shenzhen includes a Chocolate Academy Center, the third in China and the 23rd globally.

After Suzhou, Shanghai and Beijing, the Shenzhen office is positioned to become the company’s operational hub in southern China.

Barry Callebaut’s growing footprint
Barry Callebaut has launched a number of new building projects and initiatives this year as it continues to expand its global reach.

Last month, the company broke ground on the construction of a new cocoa facility in Durán, Ecuador, laying the foundation for the future growth of the cocoa value chain in the South American country.

Earlier this summer, Barry Callebaut expanded its facility in Singapore, adding a fourth production line to boost the volume of its chocolate production for the Asia Pacific market

The company is also preparing for its 2021 launch of its Wholefruit Chocolate, which was recently spotlighted in a collaboration with Cabosse Naturals.

With annual sales of about CHF 6.7 billion (EUR 6.1 billion / USD 6.8 billion) in fiscal year 2015/16, the Zurich-based Barry Callebaut Group is the world’s leading manufacturer of high-quality chocolate and cocoa products – from sourcing and processing cocoa beans to producing the finest chocolates, including chocolate fillings, decorations and compounds. The Group runs more than 50 production facilities worldwide and employs a diverse and dedicated global workforce of close to 10,000 people. The Barry Callebaut Group serves the entire food industry, from industrial food manufacturers to artisanal and professional users of chocolate, such as chocolatiers, pastry chefs, bakers, hotels, restaurants or caterers. The two global brands catering to the specific needs of these Gourmet customers are Callebaut® and Cacao Barry®. The Barry Callebaut Group is committed to make sustainable chocolate the norm by 2025 to help ensure future supplies of cocoa and improve farmer livelihoods. It supports the Cocoa Horizons Foundation in its goal to shape a sustainable cocoa and chocolate future.

Olam Cocoa: COVID-19 accelerates plant-based, health expected to be top of mind in 2021

22 Dec 2020 --- 2020 has been a year of nostalgia as the COVID-19 pandemic led consumers to seek comfort in familiar foods. Flavors have been at the forefront of NPD, and Olam... Read More

14 Dec 2020 --- Herza Schokolade has launched two lines of chocolate pieces with licorice and tea flavor notes. The move comes as flavor pairing continues to be a key industry... Read More