You are in : All News > Young Food Innovators Scoop Ecotrophelia Awards

This year’s winner of the Ecotrophelia European competition was a French team who designed an alternative simple culinary aid that cuts out salt, monosodium glutamate and other ingredients. Similar to a stock cube, but instead the tablet is composed of just vegetables and cocoa butter and can be retained for up to six months at room temperature.

The winners are from French engineering school ENSAIA, the National School of Agronomy and Food Industries. 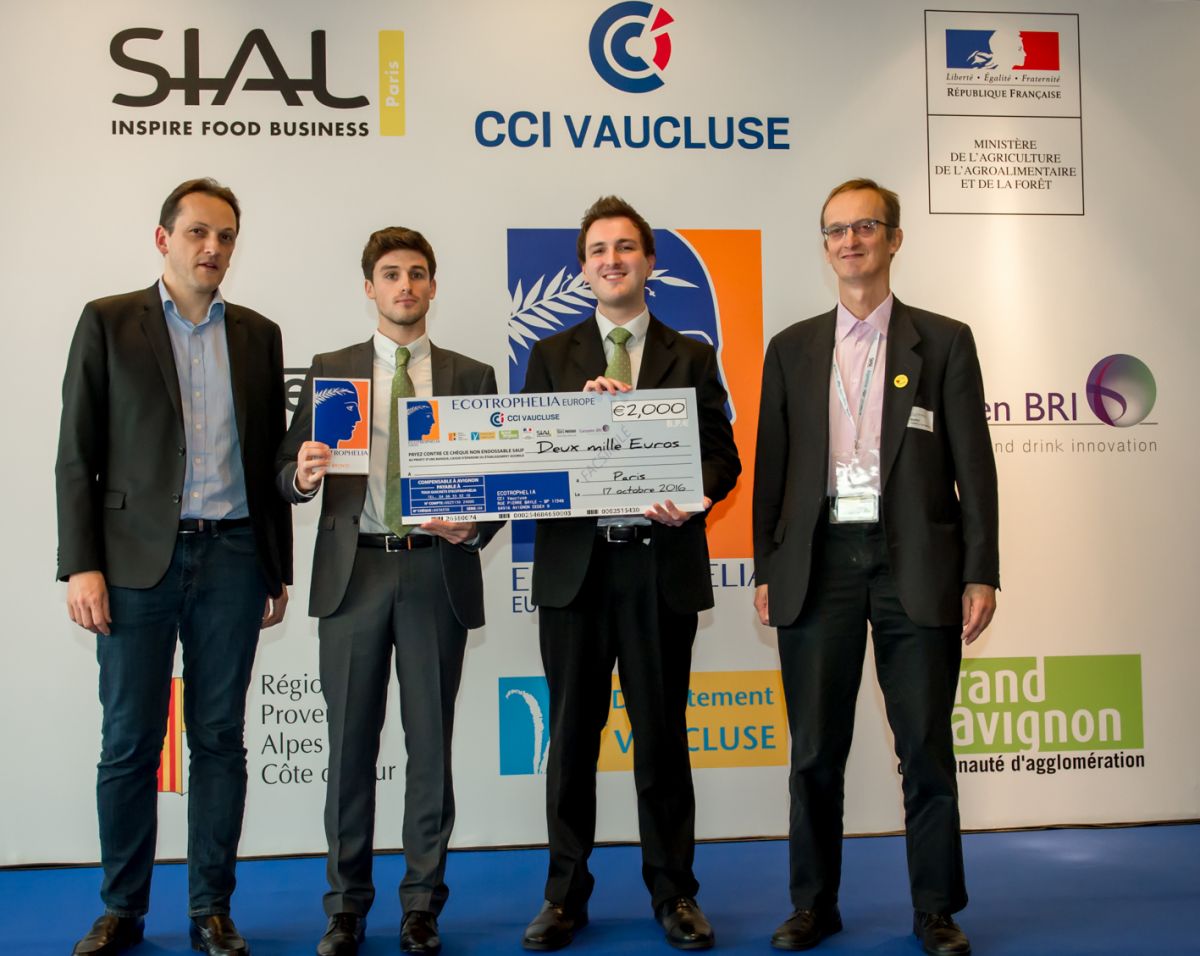 Scooping the silver prize was Belgian team for their healthy oats and whey crackers, developed by a young team from the Thomas More Kempen University college in Geel.

“We have made a healthy cracker out of oats and cheese whey and it comes in five flavors, is great as a breakfast, or together with cheese. It has no added sugar and is high in fiber,” say one of the students in the team.

In third place was the UK team from Nottingham Trent University for their sustainable and indulgent non-dairy alternative to traditional ice cream, which is made using algal protein. The team was presented with an award and €2,000 prize at SIAL in Paris earlier this week.

Their winning product - Från Början - was the brainchild of Ryan Clifford and Dominic Urban, who both graduated this year from the University with a BSc Food Science and Technology.

They had to pitch their innovations to a panel of 20 judges led by head of academic alliances, Nestlé Research Center, Ariane Andres. The goal of the competition is the creation of an eco-innovative food product, with a high market potential.

28 Apr 2020 --- The “urgent need” for renewed public debate about new breeding technologies is being flagged by agricultural economists at the University of... Read More

16 Apr 2020 --- Some new crop varieties are bred to be more nutritious. Others are more resilient, bred to tolerate harsh environmental conditions. In a recent study from the... Read More

19 Mar 2020 --- Globally, industry has seen a string of event cancellations and postponements amid the COVID-19 pandemic. In light of these disruptions, Bühler has postponed... Read More

16 Mar 2020 --- Bühler has released its financial overview for 2019, outlining how the company has coped with ongoing global market volatility. Turnover was stable at CHF 3.3... Read More