22 Nov 2019 --- In ingredients news this week, General Mills achieved its goal to reduce sodium by 20 percent across ten key US product categories. Kellogg has invested €110 million (US$121.8 million) to meet the growing demand for Pringles across Europe with a factory expansion in Poland. Purina opened a new factory in Hartwell, US, representing a US$320 million investment in pet food. Also this week, Coca‑Cola signed a pledge to accelerate gender parity for the company and Costa Coffee revealed that CEO Dominic Paul would step down from his role at the end of the month.

In brief: Ingredient news
General Mills has achieved its goal to reduce sodium by 20 percent across ten key US product categories. In an update to its 2015 voluntary sodium reduction announcement, General Mills reported that the three remaining vital categories – Mexican dinners, ready-to-eat soup and cereal – have now successfully achieved the company’s 20 percent sodium reduction goal, across all ten key categories, including cereals, dry dinners, frozen pizza, Mexican dinners, refrigerated dough products, savory snacks, canned vegetables, side dishes, soups and variety baking mixes. Additionally, the company has made significant sodium reductions in many other categories that were not officially part of its commitment, including frozen breakfast products, dessert mixes, grain snacks and frozen appetizers. In addition to reducing sodium, General Mills has also continued to improve the nutrient density of its products over time by increasing nutrients such as whole grain, fiber, vitamins and minerals across food groups, all while ensuring taste remains key. 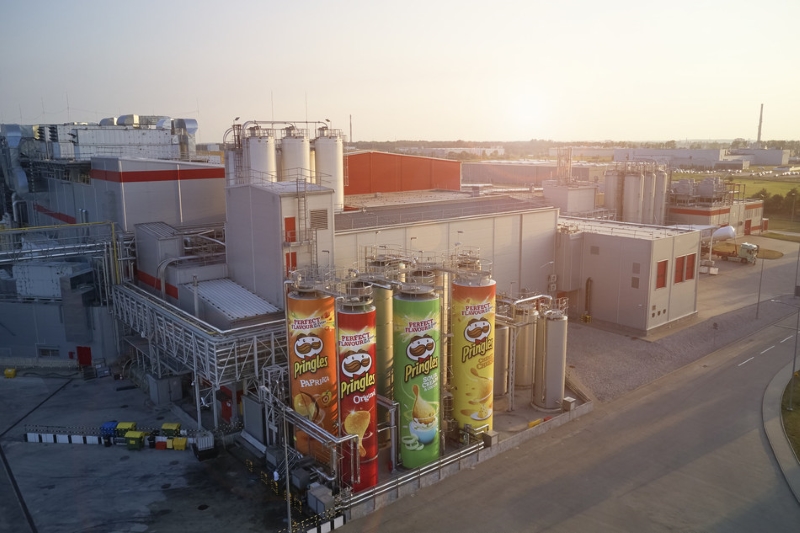 Pet care business Purina, owned by Nestlé, has opened its 21st factory in the US. The new factory represents a US$320 million investment, a significant impact on the local economy and capacity to meet the growing demand for Purina pet foods. The factory in Hartwell is Purina’s first new US factory in two decades. It represents Nestlé’s single most significant investment in a pet care facility in the last decade in the US, Canada and Latin America. Currently, nearly 200 employees work at the Hartwell facility and the number will grow to 240 as new lines and other expansions at the site are completed over the next few years. Purina also operates a manufacturing facility in Fairburn, US, which employs 350 people.

The Tyson Fresh Meats beef plant in Kansas, US, is set to resume operations next month, following the fire in August, which disrupted operations at its Holcomb beef complex. Efforts to resume harvest operations will begin the first week of December, with intentions to be fully operational by the first week of January 2020. The fire severely damaged a critical part of the plant containing the hydraulic and electrical systems that support the harvest floor and cooler areas. Reconstruction included completely replacing support beams and the roof, hydraulic piping and pumps, installing over 50,000 feet of new wiring and the rebuilding of all new electrical panel rooms and equipment. Click to EnlargePet care business Purina, owned by Nestlé, has opened its 21st factory in the US.

In the same week, Tyson Foods’ office building in Springdale, US, known as Tyson Emma, recently achieved LEED (Leadership in Energy and Environmental Design) Silver Certification from the US Green Building Council (USGBC). The LEED Certification is a rating system recognizing environmentally responsible building practices for the design, construction, operation and maintenance of buildings. Tyson Emma was built in 2017 by repurposing the company’s original headquarters and the former Brown Hatchery building to create a new 56,000-square-foot space that features a dramatic glass atrium while preserving remnants of the original structures. The reconstruction is part of Tyson Foods’ ongoing commitment to revitalize downtown Springdale, notes the company.

Coca‑Cola HBC CEO, Zoran Bogdanovic, has signed LEAD CEO Pledge to accelerate gender parity and drive inclusion for the company. The purpose of the pledge is to promote a diverse workforce where men and women in the retail and consumer goods industry in Europe can contribute fully. Coca‑Cola is committed to ensuring that women hold 50 percent of its manager positions by 2025 (currently 37 percent), and to creating an inclusive culture for all. Among a host of steps already taken to make that a reality, the company is currently running an internal communications campaign to raise awareness and understanding of diversity and inclusion principles across the company and supporting senior leaders through inclusive leadership development.

Click to EnlargeTyson Foods’ office building in Springdale, US, known as Tyson Emma, recently achieved LEED (Leadership in Energy and Environmental Design) Silver Certification from the US Green Building Council (USGBC).In brief: Appointments
In the UK, Costa Coffee has announced that Dominic Paul will step down as CEO of the company effective November 30. He will be succeeded on December 2 by Jill McDonald, a business leader who has worked in senior roles across several industries, including retailing and airlines. Paul has led Costa through an active growth phase, along with the sale of Costa to The Coca-Cola Company, the complex separation from Whitbread and the development of Costa’s new growth strategy. “Dominic led a significant reshaping of Costa’s international footprint, the expansion of the brand across multiple new platforms and a wide-ranging reset of the core UK business strategy,” says Jennifer Mann, President of Global Ventures for The Coca-Cola Company, parent of Costa.

Finally, UK plant-based company, Meatless Farm, has appointed Dr. Peter Hynes as a new Head of R&D. Hynes will be heading up the development of new and existing products within the company’s plant-based portfolio, which currently includes mince, burgers and sausages. Hynes has over 11 years’ experience in the R&D sector, having worked for various FMCG and medical companies, including Smith & Nephew, Taylors of Harrogate and Reckitt Benckiser. He spent six years at Unilever, where he was a lead in a range of functions, including Processing, Consumer Insights, Competitor Intelligence and NPD.

31 Jan 2020 --- This week in business news, the Coca-Cola Company reported strong growth in Q4, along with achieving or exceeding all guidance for the full year 2019. AAK’s... Read More

22 Jan 2020 --- Coca-Cola will not stop using plastic bottles completely, due to steady consumer preference. This is according to the company’s Head of Sustainability Bea... Read More