You are in : All News > US Beverages Using Only Natural Sweeteners Could Appear Within 2-3 Years, Claims Sweetener Expert

US Beverages Using Only Natural Sweeteners Could Appear Within 2-3 Years, Claims Sweetener Expert 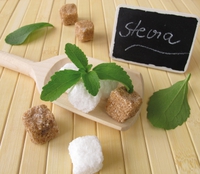 02 Jun 2016 --- Beverages formulated with only natural sweeteners could appear in the US market in the next two to three years, according to sweetener expert John Fry. Speaking during a live webinar chat yesterday, Fry, the Director at Connect Consulting claimed that a large proportion of popular beverages in the US could be calorie free with the use of natural sweeteners such as stevia and monk fruit. European market adoption will be much slower, however, due to compositional restrictions on soft drinks formulations with stevia and the non-approval of monk fruit as a sweetener.

Ongoing concerns about obesity and sugar intake have driven interest in reduced sugar and diet drinks in recent years. This has become even more focused with the arrival of the so-called Sugar Tax in the UK soft drinks industry in recent months and ongoing discussions about the possibility of implementation in some other major markets.

A 2015 Innova Market Insights survey found that sugar content influences the purchasing decision of soft drinks for 57% of US consumers. For the UK, where a sugar tax will come into force in 2018, the figure is 60%.

In the March 2016 budget, the UK government announced that sugars in soft drinks will be taxed from April 2018. There will be two bands: one for drinks with more than 5% sugars and a higher charge for those with more than 8%. It has been calculated that for a 330ml sized can, the levy will be around 6-8p, but pure fruit juices and milk-based drinks are exempt. The UK is one of the first countries to adopt a controversial sugar tax, although Mexico has had one in place for a few years. There has however been limited success in tackling the country’s obesity problem.

Also speaking during the webinar was Lu Ann Williams, Director at Innova Market Insights who claims that sugar tax may not be the real solution to obesity. “I think it’s like a patch on top of a huge wound, even when we look at what consumers are drinking on a larger scale, the sugar tax would seem like the obvious solution to the problem but I don’t think it’s going to have a big impact at all on the obesity problem,” she says.

Fry agrees with Williams: “If you look at the sources of sugar for children for example in the UK who alleged get 30% of their added sugars from soft drinks but they also get 29% of them from cereals and baked goods. The soft drinks industry has been striving for years, to reduce the amount of sugar in its products and is still working hard to do that, the cereals and baked good industry has done precisely nothing and they’re not being taxed.”

Sugar reduction is a global issue that is completely on the agenda. Just recently, on May the 20th the US FDA finalized the new Nutrition Facts label, including that nutrition labels of packaged foods have to state the amount of added sugars as a percentage of the recommended daily calorie intake. Most food manufacturers will be required to use the new label by July 26, 2018. The new label includes an “added sugars” box for the first time.

Other natural sweeteners are also increasingly being used in the focus on clean labeling, often in combination with sugar and other sweeteners such as erythritol. Honey and agave are proving particularly popular, and there is also growing interest in the use of monk fruit. This marketplace obviously presents a major opportunity for all high potency sweeteners. But at the same time as these reformulation efforts, consumers are increasingly focusing on ingredients of natural origin. This presents an opportunity for ingredients such as stevia, which has sparked popularity recently. In fact soft drinks accounted for 20% of the latest launches tracked by Innova Market Insights that featured stevia.

Williams highlights that there has been a lot of interest in natural sweeteners, such as stevia, in particular, which are closing the sweetness gap in soft drinks. She says: “If you are going to use stevia as a sweetener, you want to get credit for it. You want the natural credentials to be promoted on the front of the pack for certain.”

“Natural and clean label is by far the biggest driver in change in terms of new product development and it's where big companies are most likely to invest their money.”

“We are swinging back to a more balanced style of living and the change to natural sweeteners isn’t just driven by consumers. Sugar is a bit more complicated,” says Williams.

Fry believes the principle reason why beverages are the key target for sugar reduction is the same reason they are the same target for natural sweeteners. He says: “It’s because it’s an easy application in which to take out sugar and replace the sweeteners, because the function of sugar in soft drinks is to principally provide sweeteners and not do much else. In most other food stuffs sugar has multiple functions, may act as a bulking agent or preservative, and if you take the sugar out you have to not only provide the missing sweetness but you have to provide the missing functions of sugar and that is frequently a lot harder to do.”

“Every flavor house in the world will sell you something that’s designed to make sweeteners other than sugar taste like sugar and stevia is no exception in that there are many products out there that claim to turn stevia into something indistinguishable from sugar,” says Fry.

Fry claims that the future of beverages sweetened with natural sweeteners all depends on the level of sweetness that is needed. “If you are looking to achieve a typical level of sweetness of today's soft drinks of 10% sugar equivalent or thereabouts, then that’s not achievable at the moment,” he says. “It might be achievable in those jurisdictions where monk fruit is permitted – like the US, the combinations of natural sweeteners reaching 10% sugar equivalent is likely to be seen in the US markets soon.” Currently with no approval for such sweeteners in the EU, Fry believes the European markets would likely have to wait longer.