You are in : All News > US Advisory Board Delists Carrageenan for Organics

US Advisory Board Delists Carrageenan for Organics 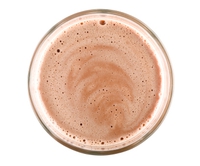 18 Nov 2016 --- The National Organic Standards Board has decided to disallow the use of red seaweed-derived carrageenan in organic products amid controversial debates over its safety, even though it has previously been approved for many years.

Following much debate surrounding Carrageenan, some believe that it can cause digestive inflammation while others say there is no evidence for this. It is commonly used as an emulsifier and to hold foods like ice creams and baby formulas in suspension, however this removal does not impact non-organic foods’ use of carrageenan (a family of linear sulphated polysaccharides that are extracted from red edible seaweeds).

But on Thursday, the National Organic Standards Board - an advisory board that makes recommendations to the US Secretary of Agriculture on organic food and products - backed a motion to remove carrageenan from organic food at a board meeting in St. Louis, Missouri.

A report from that meeting reads: “We recognize that consumer demand to remove carrageenan has already led to the removal of carrageenan from a number of categories of products and that other alternatives could be used to replace carrageenan in additional products. Subcommittee members think that there are alternatives to using carrageenan and recommend removing this material from the National List.”

However, others in the organics sector disagree with disallowing carrageenan in organics, claiming it is perfectly safe for consumption and is difficult to find alternatives that provide the same functions.

The Grocery Manufacturers Association (GMA) issued a statement by Leon Bruner, chief science officer, on the National Organic Standards Board decision to disallow the use of carrageenan in organic products.

“Carrageenan should remain on the National Organic Standards Board list of approved food additives because it has been proven safe for consumption and there is not an adequate alternative replacement that provides the same functions. Regulatory agencies and research organizations around the world have consistently determined carrageenan is a safe and highly functional food additive.”

FMC Corporation also issued a statement which said: “FMC Corporation and a broad coalition of scientists, dietitians, food manufacturers, and consumers remain fully supportive of carrageenan despite a deeply flawed decision by the National Organic Standards Board recommending its removal from the list of ingredients allowed in organic foods.”

“Carrageenan’s safety was not a factor in the decision. Although questions were raised about the availability of alternative ingredients, both an independent, blind survey and the testimony of numerous food producers confirm that carrageenan is essential to certain organic foods.”

“The NOSB's decision serves as an interim recommendation and is not final. The final review and decision will be made by the United States Department of Agriculture, which has supported carrageenan’s use in food in the past. The USDA is scheduled to publish its final rule in November 2018.”

“Moving forward, our coalition will continue to provide a convincing science-based case for the safety of carrageenan, as well as evidence of its essential value to many food formulations and its eco-friendly sustainability profile.”

The coalition of scientists, academics, nutritionists, toxicologists and experts in agriculture and food production, United 4 Food Science - has this response to the vote.

“United 4 Food Science is discouraged that the National Organic Standards Board bowed to activist pressure and dubious science today by voting to remove carrageenan from the National List of ingredients approved for use in organic products. Despite agreeing with decades of science proving carrageenan is safe, the Board set a dangerous precedent today. The Board’s recommendation would make it difficult for organic food products to compete with non-organic products on sensory attributes such as taste and texture. This outcome may lead to consumers deselecting organic foods altogether, which runs counter to the National Organic Program’s mission,” says director of United 4 Food Science, Susan Finn.

“Our fight is not over. Our broad coalition of food scientists, nutritionists, academics, toxicologists, and food and agriculture experts will focus on convincing the U.S. Department of Agriculture to reverse this decision and ensure scientific rigor remain in the regulatory review and decision-making process in Washington, D.C.”

In August, the International Food Additives Council (IFAC) commissioned a new study on carrageenan, that it claimed clearly demonstrates that the ingredient does not induce inflammation in human cells as claimed by carrageenan critics. The study, which was conducted by toxicologist and carrageenan expert Dr. James M. McKim, Jr., was also accepted for publication by the peer-reviewed journal Food and Toxicology and was the culmination of two years of research that was unable to replicate any of the findings of carrageenan critics.

At the time the study was published, IFAC executive director Robert Rankin said: “Dr. McKim’s research confirms what we have known for decades—carrageenan has no impact on the human body when consumed in food. Carrageenan producers have taken very seriously claims that the ingredient is unsafe, thoroughly investigated the research supporting those claims and found them to be baseless.”

Emulsifier specialist Palsgaard has developed two new functional solutions for non-dairy whipping cream used in cakes and fillings. The ingredients are touted for their... Read More