You are in : All News > UK flavors firm sweetens coffee in Jordan as new trade deal begins 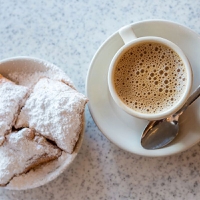 13 Sep 2019 --- UK-based ingredient company Beyond the Bean has sealed a new international contract with Jordanian importer Tree of Life. Set to increase its turnover in the region by 5 percent, Beyond the Bean's contract is estimated to be worth £50,000 (US$61,600), reaching up to £100,000 (US$124,500) over the next two years. Beyond the Bean makes its own flavored syrups under its Sweetbird brand and develops and co-manufactures smoothies, frappes, purees, hot chocolate, chai, sauces and toppings, and flavored powders from a diverse supply base in the UK and Europe. By 2020, the company aims to establish partners in key countries in the Middle East, while strengthening its European position in the Netherlands and Germany.

“Jordan was a target for us as we have been successful in the Middle East, especially within the Gulf States and we’re looking to expand our presence in the region. The coffee market, which we are closely linked to, is developing in Jordan, which has seen a rapid expansion in the number of quality coffee shops and a focus on quality coffee and roasters,” Conrad Whiteley, International Account Manager for Beyond the Bean, tells FoodIngredientsFirst.

The new deal in Jordan will see the company’s complete range of products stocked in The Alchemist Coffee House in Amman, Jordan and other high profile cafes across the region. Sales and Marketing Director at Beyond the Bean, Gary McGann, projects that the new contract will build on previous success in the Middle East, one of Beyond the Bean’s fast-growing markets. Last year, the Department for International Trade (DIT) supported the company in securing a £68,000 (US$84,405) export win with a new distributor in Oman, further increasing its sales in the Middle East.

Beyond the Bean’s products have long been used in cafes and coffee shops in more than 50 countries including Insomnia Coffee Company in Ireland and the UK, Vero Coffee in Lithuania and Joe Van Gogh in the US.

Thirty percent of Beyond the Bean’s annual yields of £9 million (US$11.1 million) are obtained through such exporting deals. The company’s largest export market is in South Korea, where the company has been operating for the past eight years.

Future expansion targets
By 2020, Beyond the Bean aims to establish partners in key countries within the Middle East, namely Saudi Arabia, Kuwait, Qatar, Bahrain, Iran and Iraq alongside its strong partners in Oman and UAE, explains Whiteley. Nevertheless, he notes that the company will continue to focus on their European markets despite Brexit presenting current uncertainties.

Beer with a splash of seltzer: Leinenkugel’s Spritzen debuts in US

18 Mar 2020 --- Beer with a splash of seltzer is hitting shelves in the US under the Leinenkugel beer brand by Molson Coors. The new “Spritzen” touts an effervescent... Read More

17 Mar 2020 --- Traditionally, alcoholic beverages have an indulgent reputation, but as alcohol attitudes shift, many are getting a healthy makeover. One key shift is younger... Read More