You are in : All News > SPECIAL REPORT: Sweeteners and Sugar Substitutes Likely to Benefit from Sugar Tax as Experts Predict Sugary Drinks to Take Short-Term Hit 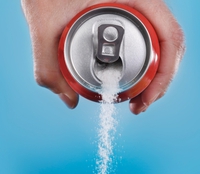 21 Mar 2016 --- Up to 90 percent of consumers could switch from sugary drinks to lower calorie versions in light of the sugar tax introduced in last week’s Budget, according to the former boss of Red Bull, while one beneficiary of the levy is likely to be sweetener suppliers and other sugar substitutes.

The government surprised the drinks industry last week with its so-called sugar tax.

“The NFU will now meet with processors to discuss how George Osborne’s sugar tax on soft drinks could impact future production of sugar beet in the UK.

“As has always been the case, the NFU encourages shoppers to maintain a varied and well balanced diet and back British farming by looking for in-season British food.”
Will Ireland follow suit?
The battle between health campaigners and the drinks industry in the UK is also being mirrored in Ireland, where a sugar tax is planned in 2018.
Food & Drink Ireland (FDII) director Paul Kelly, said: “We will oppose the introduction of a sugar tax. There is already a tax on these products in the form of VAT. Double taxation is not the way to go.”
However, the Department of Health has indicated  that its support for the introduction of a sugar tax to crack down on rising obesity, which revealed that one in four Irish children are overweight.
Conclusion
With the tax not being introduced for two years, there appears plenty of time for drinks’ manufacturers to launch less sugary products or reformulate existing drinks to make them escape the tax.

It also seems inevitable that they will pass on some of the tax to consumers, some of whom in turn will change their purchasing decisions.
But until the scale of the taxes is revealed, it is difficult to assess the extent of the shift. What seems certain is those suppliers of sugar substitutes are faced with a big opportunity to cash-in on the increasing trend to move to healthier drinks.
by John Reynolds

DouxMatok and Batory Foods have announced a commercial agreement with Batory Foods to distribute Incredo Sugar, the only reduced-sugar product on the market made from... Read More