You are in : All News > SPECIAL REPORT: Insects as a Sustainable Protein Source 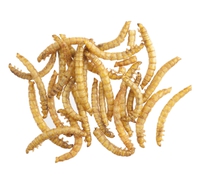 27 Jun 2016 --- As last week was National Insect Week (UK), FoodIngredientsFirst takes a closer look at insects as an alternative protein, other nutritional values and today’s progression of entomophagy into the western world.

In 2013 the United Nations Food & Agriculture Organization stressed that a new approach to food production was crucial if we are to avoid future shortages. Their suggestion was edible insects. It is their sustainability credentials that has lead the UN to highlight insects as the potential future of food, requiring minimal resources to farm and producing substantially less waste than conventional livestock.
Around 2 billion people around the world already consume insects as part of their regular diet due to their high nutritional value, versatility and flavor. The planet’s population is expected to exceed 9 billion by 2050, and current food production will need to almost double. The human consumption of insects is something which has been widely accepted in many parts of the world including China, Thailand and Japan.
Despite the obvious benefits, the western society is yet to adopt the practice on a large scale, but this may be set to change in the next few years.
A growing number of entrepreneurs and researchers in the UK have been looking into our aversion to insects in the food chain and how they can change our minds. With the influence over farming R&D and investment, the UK may well play a pivotal role in developing the infrastructure behind insect farming for the benefit of future generations.
The Woven Network is the UK consortium for Insects as Food and Feed – with a focus on connecting businesses, researchers and others working on the role of insects in the human food chain. The Woven Network have a number of initiatives put in place to promote insects as food and feed.
“Insects are already available in a number of restaurants and retailers," Managing Director at the Woven Network, Nick Rousseau, tells FoodIngredientsFirst. “In practice to grow significantly from this point will require the whole food chain to expand together - from farming and the technology to make farming of insects lower in cost and more sustainable, to product development and potentially farming of insects for livestock feed which is another promising avenue.”
"In the UK we have companies and researchers looking at the issues across all these areas but it will take some time to truly have enough supply of insects so that products are available in mainstream outlets such as the major supermarkets," he says.

Proti-Farm is world’s leading producer of edible insects. They are based in The Netherlands and with the acquisition of Kreca in 2014 they are in the insect producing business since more than 35 years. The company group started with over 10 different insect species for the animal feed industry, however since 2007, the group has been producing edible insects for human consumption.

Heidi de Bruin, CEO of Proti-Farm Holding NV told FoodIngredientsFirst: "To continue serving the ongoing increasing demand for food insect ingredients, we are currently scaling up our facilities with the lesser mealworm. Soon we will produce thousands of tons of wet larvae and we will expand our facilities worldwide. The demand for insects as a food ingredient for products like protein powder is increasing rapidly, our worldwide customer base keep asking for more."

"The industry needs continuous and guaranteed and safe supply of these food ingredients and only a few suppliers are able to scale up the insect production," says de Bruin. "Recently our organization has been HACCP certified for our lesser mealworm which guarantees strict regulations in terms of safety and track and trace of the materials."

"Proti-Farm is proud of its customers who have shown to be each of them entrepeneurs in developing high quality protein based products for the food industry," adds de Bruin.

The movement of insects as food into the Western world
Massimo Reverberi is the founder of Bugsolutely Ltd, based in Thailand and he tells FoodIngredientsFirst that it was only a few years that the edible insect market in the western world didn’t exist, he says: “Except for the last few centuries in the west, edible insects have always been consumed all over the world. There are different theories about the reason for this behavior, including economical ones and not just cultural. Many western foods are considered repulsive in Asia, and vice versa. We cannot forget that sushi was once disgusting for many westerners, not too long ago, but now it’s wildly eaten all over in the US and in Europe.”

Reverberi says that many edible insect companies focus on protein, protein bars and drinks, and protein powder products, however he doesn’t consider edible insects as just protein. He says: “Insects contain a lot of other nutritional properties, and they are an incredibly sustainable food requiring very few resources to be farmed and avoiding the footprint left by cattle, in particular methane emission.”
Processed edible insect foods are growing daily in number, there are many products available to consumers, it may just be a matter of time before they become an obvious choice. Health stores are pushing the protein quality but there benefits other than that.
There are many other avenues of dietary needs, which can be explored with insect products. “We are currently working on a 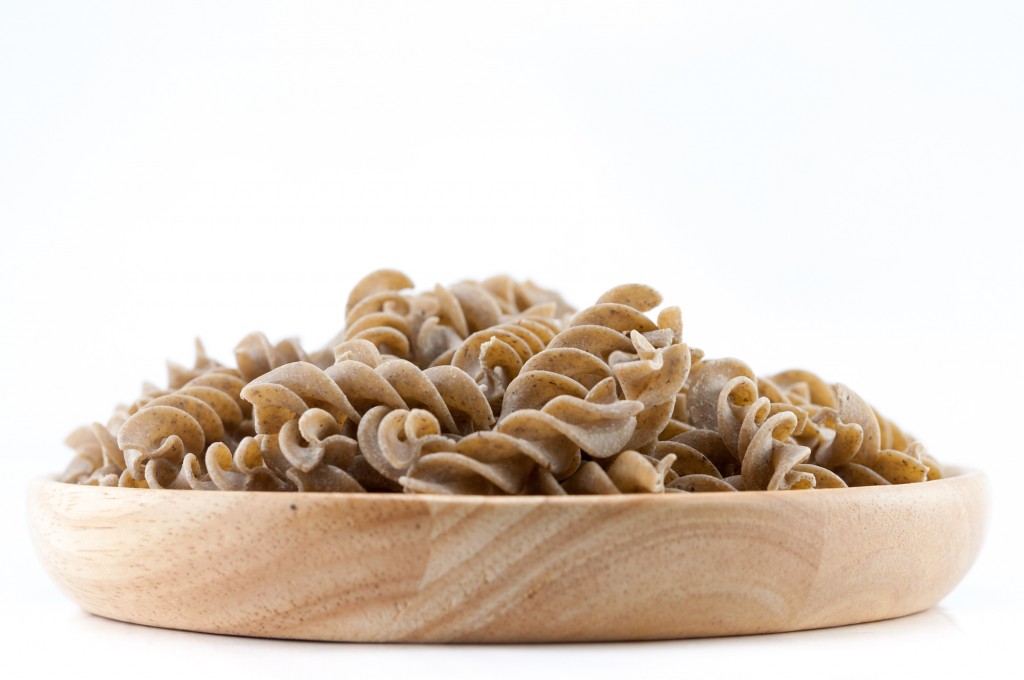 Cricket Pasta with different combinations of flours, such as cricket flour with flours from vegetables, as those provide great nutritional values.” claims Reverberi. “It will take some time to achieve especially when it comes to gluten free - it is not easy to maintain a good flavor and texture. We will also consider low gluten - most of the people buying gluten free products do not have extreme allergies to gluten, just to high levels of it.”
“Insect fat is packed with omega 3 fatty acid amongst other benefits. Other research is being done to evaluate protein enrichment, to create superfoods for fitness and people with special diets. Chefs are experimenting with the unlimited possibilities of combinations,” says Reverberi. “At Bugsolutely we counted more than one hundred restaurants offering edible insect dishes, and dedicated restaurants are opening everyday, especially in Europe and the USA.”
Mophagy launched as an insect ingredient wholesaler back in January this year, quickly gaining interest for their products from a huge range of businesses; pubs, restaurants, food manufacturers and health supplement retailers, as well as fellow food entrepreneurs looking to bring insect based products to market in Europe.
Josh Bentham from Mophagy is confident that when people see past the taste of insects, they actually then see the benefits: ‘There are many who feel uneasy about eating insects for the first time, but logic and curiosity usually get people past the first taste. They describe the flavors of the cricket lines as being ‘mellow and nutty’ and the mealworms as ‘mellow and chocolatey’, helped by the roasting process they undergo when drying,” he says.
Cricket flour products sold by Mophagy have become increasingly popular, mainly because for the consumer it doesn't feel as though they are eating insects. Flour can be used in a variety of different products such as pasta, snack bars and can even be added to cereals or in baked goods. Harry Harrison from Mopaghy says: “Our finely milled flour allows people to experience all the benefits without ever actually having to look at an insect. You can add it to your Nutribullet, sprinkle over breakfast or enrich normal flour to bake nutrient rich, flavorful breads and cakes.”
All Mophagy’s insect products are naturally 55-69% protein, contain all 9 essential amino acids, B-vitamins, are high in minerals such as iron and potassium, have as much omega 3 as oily fish and they’re also high in fiber.
Basing a business around insects being a good source of protein is just what Neil Whippey, Co-Founder of Eat Grub Ltd did, and he hasn’t since looked back. He explains: “We started our business around the idea that insects are a fantastic and tasty source of protein, and other nutrients. They're sustainable to farm compared with more traditional forms of livestock.”
Naturally the challenge is changing the attitudes of the British consumer, and that’s why they are launching their Eat Grub bar

this July, made using cricket protein powder. Our product and supplement launch next month are a great way of introducing insects through taste and nutrition as it places them alongside ideas that are already considered normal,” says Whippey. “We actually launched our brand with a pop-up restaurant that served whole insects, and it served 350 covers in 4 days whilst we were open. There's certainly the public interest there, it's just about quality of delivery.”
“We strongly believe that there is a place in the market for insects in a variety of formats. It may take a little time to grow but to us it's an exciting journey worth being on,” he claims.
Whippey was quick to point out the ongoing debate of vegetarianism and insect consumption. “Since we started the business in 2014, we never imagined insects being an accepted source of protein for vegetarians but the more conversations we had the more we realized that there are a number of vegetarians who are open to the idea.”
“The key one for insects is sustainability, and as a result we do sell our insects to vegetarians, and see them at our events. We did contact the vegetarian society for clarification because of this, and they do see insects as non-vegetarian as they are animals. It's still an interesting fence to be sitting on,” he says.
Overview
The aversion of insects as food in the human chain of the western world is certainly an interesting topic of conversation. As evidenced, several food companies are tapping into this still, fairly new movement of insects as a sustainably protein source. Many arguments stand unanswered though, as we continue to address farming, sustainability and nutrition issues, the decision of accepting insects into our everyday diets remains with the population of the Western world. In particular, the vegetarian dispute raises many questions of ethics and dietary beliefs. However, with new developments and innovative products launches clearly on the rise, it could just be a matter of years in which the world unites and sees entomophagy as the universal way to consume more protein.
by Elizabeth Kenward