You are in : All News > Special Report: Evolution of Ancient Grains

23 Jan 2017 --- The use of ancient grains has sky rocketed over the last few years, and the trend looks set to continue well into 2017. According to Innova Markets Insights Top Ten Trends for 2017, “Seeds of Change” made the list and is certainly a trend to watch. FoodIngredientsFirst takes a closer look at the growth in interest of ancient grains.

Pulses are ancient seeds and grains, one of the first foods ever eaten and cultivated by man, they are versatile and can be used as the basis of a dish or as an addition to a favorite. The International Year of Quinoa 2013 may have sparked some initial interest in ancient grains.  Few people regularly used seeds and pulses were prior to this and since then the interest in quinoa and other ancient grains has grown significantly. The leading ancient grain ingredient being used is chia (44%), with quinoa (+15%) and millet (+10%) being the ancient grain ingredients to demonstrate growth, with chia having exactly the same number of product launches.

Increasing consumer interest in previously exotic seeds like chia and quinoa has fueled the application of seeds and grains in general. Grains bring a natural source of flavor, texture and health, including a high protein content and consumers are looking to benefit. Chia itself is popping up in unexpected categories and applications such as soft drinks. Innovators are planting the seeds for tomorrow’s next generation of winners.

Speaking exclusively to FoodIngredientsFirst, Director of Andean Grain Products Ltd, Thomas Spillane explains that he believes the demand for chia seeds, quinoa and other ancient grains comes down to a few factors. He said: “Firstly, the never ending search and demand for new products and foods is fueling this trend, secondly, there are recent studies that show the impressive nutritional and health benefits of these food that were previously unknown. There are thirdly, growing nutritional trends that match well with these products such as a demand for omega-3, vegetable proteins and gluten-free foods, and last but not least globalization plays a significant role.”

Chia and Quinoa
According to Spillane, even though both chia and quinoa are considered “ancient grains”, they are both in fact seeds. He notes: “Seeds are the ovule containing an embryo within, while a grain is a fusion of the seed coat and the fruit. They are both also “pseudo-cereals”, being that they are not true cereals which are technically part of the grass family.”

Chia seeds have been finding their way into the food industry for quite some time. These whole grain seeds are amongst the most nutritious foods on the planet, containing fiber, protein, omega 3 fatty acids and various micronutrients.

He also said, “Chia seed does not have a very strong flavor so can be added to many types of food for a nutritional boost.”

This ‘forgotten superfood’ from South America, is now gaining momentum in global markets. Thanks to chia’s inherent versatility as a nutritional additive, chia has now become a desirable product attribute in many bakery items and the breakfast category.

According to Innova Market Insights data, Health (78.25%) and Convenience Foods (75.53%) were the leading applications for Chia grains in 2016. The US accounted for 31% of launches tracked that contained chia in this period. The market category where chia is listed most as an ingredient, is in the cereals category, up almost 4% compared to 2015.

There were more than seven times as many products tracked containing chia as an ingredient in 2015 compared to 2011. Gluten free, omega 3, fiber and high protein claims are common on these products.

“Quinoa is a bit of a different animal in the sense that it is more of a “food” vs. chia being a “supplement” in my mind,” Spillane claims, “You cook quinoa in a similar manner to rice and pretty much anything you can do with rice you can do with quinoa.”

Nutritionally the main benefit compared to rice is its protein level – rice has around 7g of protein per 100g uncooked while quinoa has approximately 14g. Quinoa protein is also a “complete protein” in that it contains all eight essential amino acids and is also a low glycemic food.

Sacha Inchi
Sacha Inchi, also known as Inca peanut, comes from the Peruvian jungle area surrounding the Amazon River and its seeds are rich in protein, omega 3, 6, and 9, alpha tocopherol vitamin E, carotenoids (vitamin A), and fiber. The seed oil can be used in nutritional supplements, functional foods, pharmaceutical products and cosmetic application. Due to its slightly nutty flavor, this oil, made from the star shaped fruit, is ideal to use in salads and vegetables dishes. 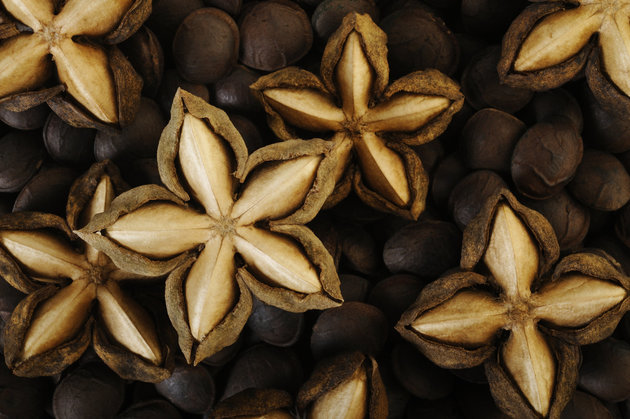 Archaeological evidence dates the use of Sacha Inchi back to the pre-Inca civilization. The Incas and other Peruvian tribes were known to extract the oil and roast the seeds for consumption as a nut or prepared flour.

In September last year, NutriScience Innovations LLC, a supplier of nutritional ingredients and functional raw materials, announced the launch of a– plant based oil & protein powder, made using
Sachi Inchi.

According to Innova Market Insights data, Sports Nutrition (58%) and Supplements (14%) were the leading applications for Sachi Inchi in 2016. The US accounted for 58% of launches tracked in this period.

Considered by many to be “superfood”, Sacha Inchi boasts an excellent nutritional profile and is ideal for vegetarians and those who are not consuming sufficient omega and vegetables in their diets, it offers similar benefits to omega-rich fish oil but without the strong fish odor or taste.

“NutriScience have successfully introduced this new, Non-GMO, plant-derived oil and protein powder, with a rich profile of nutritional benefits for the dietary and sports/performance industries,” says Ryan Pallathra, Director of Business Development of NutriScience Innovations.

Speaking to FoodIngredientsFirst, Pallathra said: “We are excited about showing customers in the health and wellness and sports industries and rich and robust power of Sacha Inchi to bring its nutritional value to many different applications. Sacha Inchi powder is a perfect fit for the ever-growing sports protein blend market. Sacha Inchi powder could be consumed as a stand-alone product; or combined with other sports & performance functional ingredients like NutriScience’s bioavailable Glycerophosphates, or even in an energy drink with our proprietary InnovaTea Natural Caffeine (98% from tea). We are excited to help our customers all over the world create innovative formulas in various areas of health.”

Hemp
Lesser used seeds such as hemp are making NPD inroads and innovators in this space are keen to promote the benefits of using hemp in food products. Hemp seeds are the edible part of the hemp plant (Cannabis sativa L). They are small, round, and have a light nutty flavor. Hemp seeds can be added to salads, desserts, yogurts, cereals, and breads. They can also be pressed for oil, milled into protein powder, roasted or shelled and made into hemp foods. These foods will be rich in omega 6 and omega 3, essential fatty acids that have heart health and anti-inflammatory benefits. Hemp seeds can be turned into butter, milk, and protein powders. 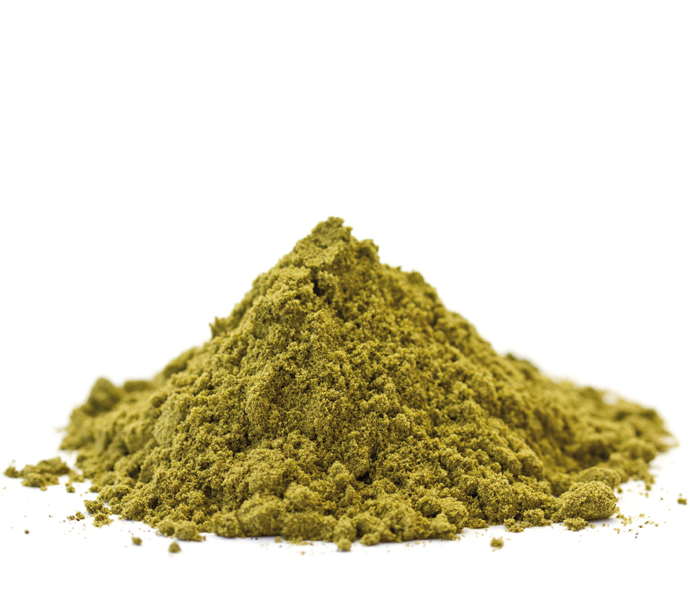 According to The Hemp Industries Association (HIA), a non-profit trade association consisting of hundreds of hemp businesses, retail market research data for hemp food and body care products in the United States is estimated at US$200 million in 2014.

Preet Marwaha, Executive VP of California-based PlanetHemp told FoodIngredientsFirst there are two key factors driving the interest in hemp - “The search for an alternate plant protein to soy and the global exposure from medical cannabis.”

“The health and nutritional benefits are significant,” he explains, “It is the highest quality protein for the human body based on its structure of edestin and albumen protein, it is one of the best sources for Omega 3 and Omega 6 delivering it in an almost ideal ratio for our body and it is a great source for many key nutrients such as iron, magnesium and zinc.”

So where has today's interest in hemp come from and how does this ancient grain hold up? “Many of the earlier uses were based around the fiber, hemp is known as one of the strongest natural fibers available. Ancient uses were yarn, cloth and paper while more modern use ranges from rope to textiles to canvas were made using hemp fiber. Ancient uses of the seed were right alongside grains such as barley, wheat, soy and rice,” notes Marwaha.

“Today we are seeing food as the primary use in the form of seed, protein powder and oil. There are many companies like us that are pioneering new innovations in food and hemp is a standout competitor against many other ancient grains,” he claims.

What’s next for Ancient Grains?
Supplier innovation using ancient grains is demonstrating how these ingredients can be used in the development of healthy food and beverage applications like snack bars, smoothies, bakery products and food supplements. Natural ingredients and healthy food solutions from products like maca, sacha inchi, goldenberry, hemp, lucuma, yacon, chia, quinoa are likely to be at the forefront of consumer and food trends well in 2017.

Spillane, Andean Grain Ltd confirms: “I firmly believe that both chia seed and quinoa are here to stay and not a passing fad.”

Are there any lesser known grains that we can expect to be popular for 2017? “With regard to South American ancient grains, we believe canihua may be next in line to have its place in the sun. Canihua is actually in the same family as quinoa – canihua’s Latin name is Chenopodium pallidicaule and quinoa is Chenopodium quinoa,” he explains. “Its nutritional properties are similar to quinoa though canihua is a smaller grain and is sometimes marketed as “Baby Quinoa”.” Watch this space!

Fears are mounting that  the war in Ukraine could push the global soybean market steadily back into environmental and human rights violations after decades of... Read More

Accentuated appetites for foods fortified with functional benefits is growing the commercial potential for protein-boosted snacks into new product segments – such... Read More